Chromebooks have managed to become quite popular over the years. Google introduced the very first Chromebook back in June 2011 and we've seen quite a few Chromebooks out there to date, as many manufacturers decided to join in and release their very own hardware take on a Chromebook, with Google's Chrome OS on top of it, of course. Now, Chromebooks cannot really be directly compared to Windows or macOS-powered personal computers, as they're meant to be used differently, and are aimed at a completely different type of consumers. Having said that, Chromebooks do have a number of advantages and come with a number of features out of the box, so let's take a look at the best ones, listed in no specific order.

Powerwash is a neat feature that every Chromebook has and is essentially Chrome OS' take on a "factory reset," which is what this feature is called on smartphones, for example. If you activate this option, it will essentially delete everything on the hard drive, remove your user accounts, etc. This is not something many of you will use often, but it's a great feature for non-tech-savvy people who tend to mess something up and don't really store anything on their Chromebooks either way. Due to the way most people use Chromebooks, this feature can be really useful, as it "refreshes" your device altogether.

All Chromebooks that were released this year have one thing in common – they can run Android applications out of the box. This is a great feature to have, considering that there are not that many apps / programs available for Chrome OS, well, there are, but not the ones you'd expect. Android OS' ecosystem is huge, and having the ability to run an Android app on a Chromebook when you need to edit a picture, for example, can be a great feature to have. It's worth noting that some "older" Chromebooks have the ability to run Android apps as well.

Some Chromebooks come with a touch-sensitive display, which essentially gives them that tablety feel, and considering that fewer and fewer people use tablets, this can be a really nice feature to have. Instead of using the provided touchpad to click on something, you can simply use your fingers to do the same thing, and this also gives you the ability to play some Android games on your Chromebook as well, some that you'd be unable to play without a touch-sensitive display panel.

Now, pretty much every Chromebook out there ships with SSD (Solid State Drive) storage, which essentially means that flash storage in your Chromebook is faster than regular hard drives on a PC, a lot faster actually. Truth be told, most Chromebooks ship with 16GB or 32GB of internal storage, which is not a lot, but at least you're getting really fast storage here, which helps a lot when it comes to the general performance of your Chromebook, considering that its read and write speeds are great.

Chromebooks are usually quite light, lighter than most laptops out there, which makes them really portable. Chromebooks are imagined as cloud computers, they are great for web browsing, managing files, video calls, school assignments, and so on, and for that, and in order to be as portable as they are, weight is a crucial factor. These devices may not be as powerful as laptops, but they're not supposed to be, so long as they're extremely compact. 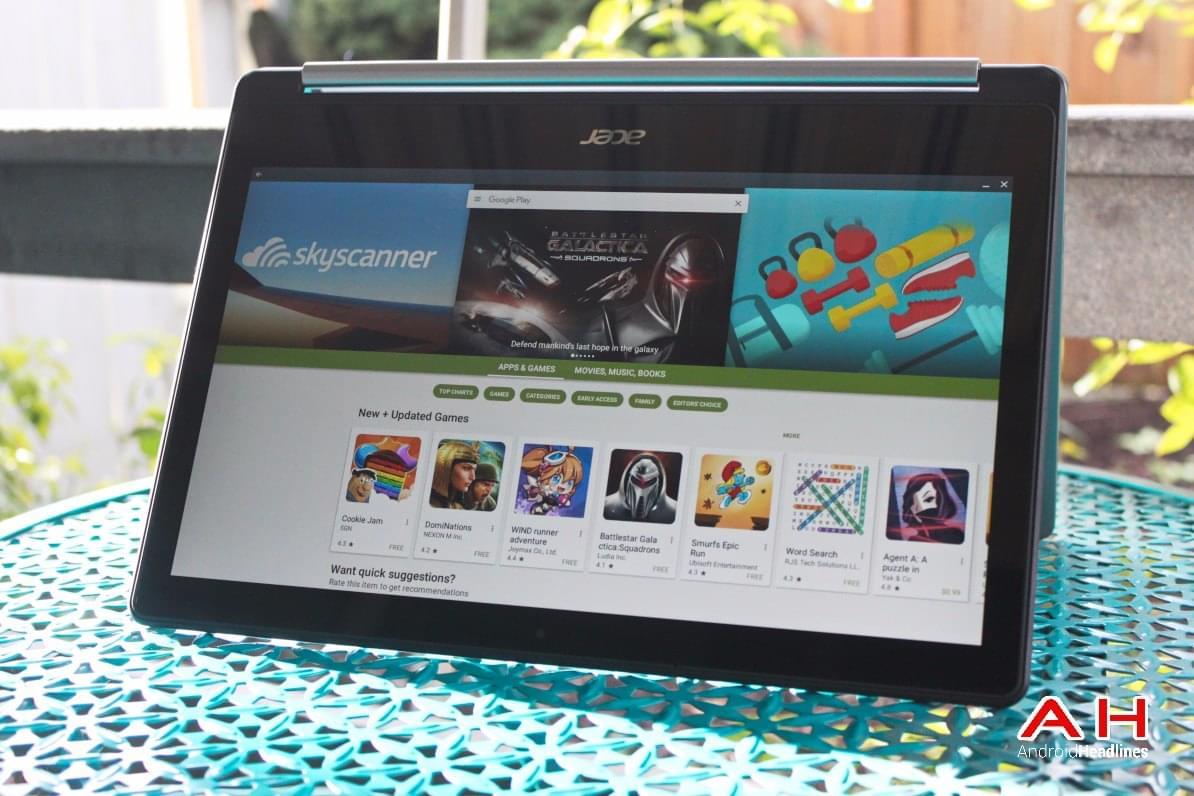 Chrome OS, which comes pre-installed on Chromebooks, is very light, which is good for battery life of the device, of course. There are laptops out there which offer better battery life than Chromebooks, of course, but in general, Chromebooks are far better in this regard. Not only do they come with Chrome OS, but the hardware that comes on the inside is usually more power efficient than the one you get in laptops. Once again, this does not have to be the case, but it is in most situations.

Chromebooks usually come packed with ports, which is the case for a ton of laptops out there, but lately, companies have started skimping on ports in laptops, especially the ones that they're trying to make as thin and light as possible. Having said that, on top of your regular USB ports that are part of basically every Chromebook, you also get an HDMI port, a 3.5mm headphone jack, and a microSD card reader, which is a really neat thing to have. Once again, this is the case with most Chromebooks out there, not necessarily all of them.

Chrome OS is not only very light and battery-friendly, but it's also really easy to navigate. Those of you who have used Windows PCs will definitely see the similarities between the two, though Chrome OS is far, far simpler. You get your app / extension drawer in the lower left corner, next to it are the app / extension shortcuts, and in the lower right corner, you'll see your notifications, time, settings, and everything else basically. You cannot put anything on the desktop, which makes it look really clean, and people that are not that tech-savvy will likely find no issues using Chrome OS, at least compared to other operating systems.

Price is definitely a factor worth considering here. Chromebooks are usually very affordable, well, at least the vast majority of them are. There are, of course, some exceptions to that rule. In any case, if you don't need a full-fledged PC for video editing, programming, gaming, or something of the sort, then a Chromebook would almost certainly be worth considering. You can use this device for a lot of things, it's very portable and they usually come with a really affordable price tag.

Google has envisioned Chrome OS as a web-based operating system, and the company actually thought about security quite a bit while building the OS. You are getting automatic updates for Chrome OS, and Google has added multiple layers of security to its operating system. Sandboxing, Verified Boot, and Data Encryption are all included here, and work really well, as a Chromebook does not exactly have a separate antivirus installed, or anything of the sort, as something like that is simply not needed here.

Trusted By Millions
Independent, Expert Android News You Can Trust, Since 2010
Publishing More Android Than Anyone Else
23
Today
150
This Week
523
This Month
523
This Year
102003
All Time
Advertisement