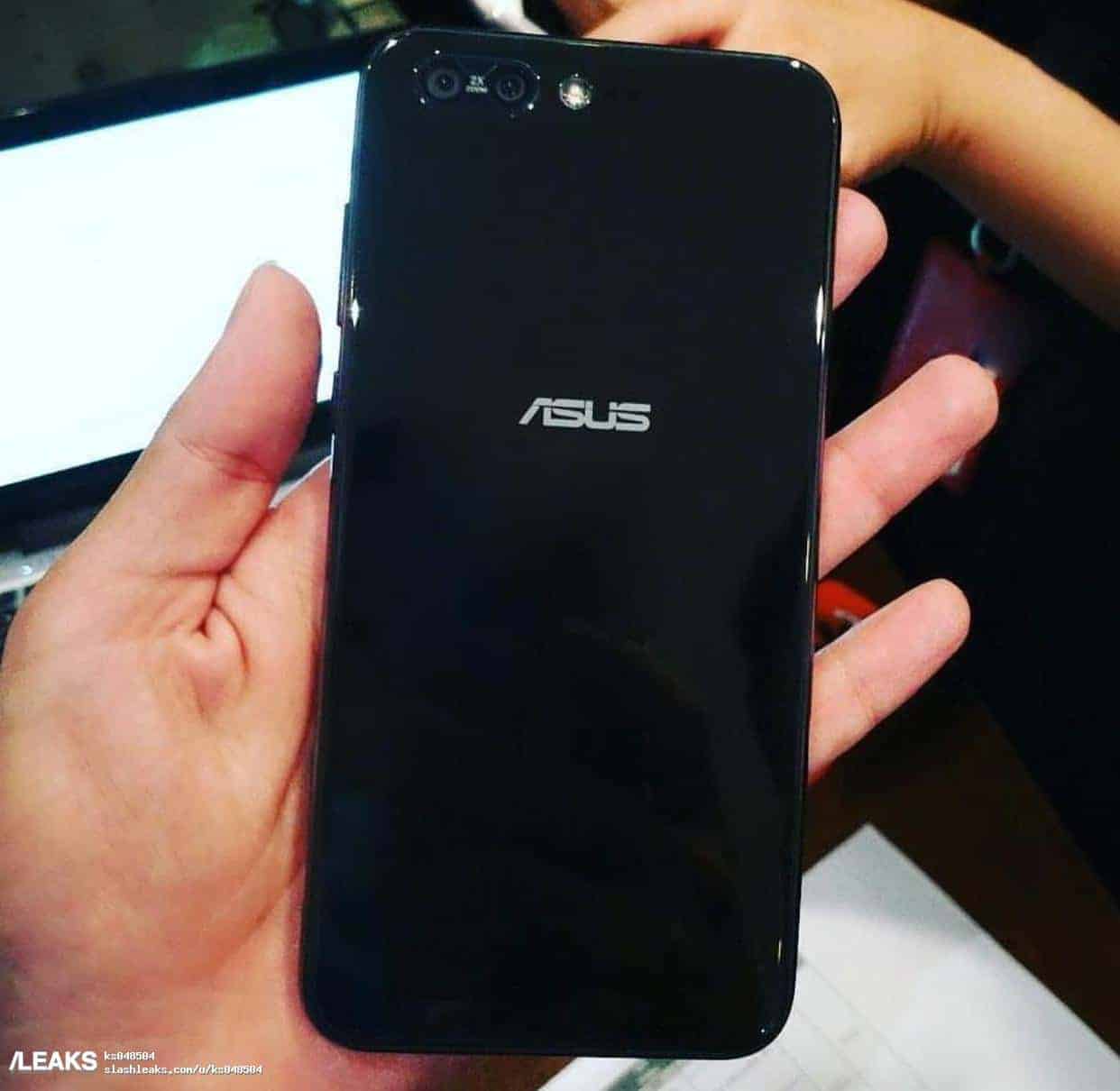 A leaked image showcasing the rear panel of the upcoming ASUS ZenFone 4 Pro has surfaced online, confirming recent rumors. The device in the leaked image appears to be carrying a dual rear camera setup with a special 2x zoom option, and that camera setup system is also visibly accompanied by an LED flash. Apart from this, there aren't too many other key details that can be interpreted from the latest leaked image of the device. Interestingly enough, previous leaks have suggested that the smartphone might pack 21-megapixel rear sensors, however, whether both sensors will come with the same megapixel count or not, is still unclear at the moment.

The ASUS ZenFone 4 Pro is rumored to be powered by the Qualcomm Snapdragon 835 SoC and Adreno 540 for graphics. Meanwhile, on the storage front, the handset may offer 6GB of RAM alongside 64GB of ROM. ASUS has traditionally been offering its users with the memory expansion option in most of its smartphones. Therefore, it is safe to assume that the firm will end up offering the same facility in ZenFone 4 Pro as well but to what extent will ASUS offer its support, is a matter of guessing right now. Additionally, the device is speculated to run on the latest Android 7.1.1 Nougat operating system. Furthermore, the device may feature a 5.7-inch QuadHD AMOLED display alongside a fingerprint sensor embedded in the physical home button.

ASUS is expected to launch its ZenFone 4 Pro smartphone sometime in September. None of the sources have been able to guess the price of the upcoming smartphone as of yet. The market might also see ASUS take the wraps off the rumored ZenFone 4V smartphone on September 21. There are many details regarding the aforementioned device available online, thanks to the numerous leaks. These speculations have suggested that the smartphone will pack a 5.5-inch display and may further be powered by either the Qualcomm Snapdragon 625 or 660 SoC. Apart from this, the handset may sport a dual rear camera setup with 13-megapixel sensors along with a 5-megapixel front snapper. It goes without saying that the above given information hasn't been confirmed by the firm as of yet.