A ZTE-made device bearing the model number A2018 that’s said to be the upcoming ZTE Axon 8 was listed in the database of benchmarking tool GFXBench earlier today, boasting specs that put it in the higher mid-range segment of the market. The supposed successor to the ZTE Axon 7 was listed as being powered by the Snapdragon 820, Qualcomm’s 2016 system-on-chip (SoC) that was featured in a number of last year’s flagships, including the LG G5, Samsung Galaxy S7, and the Galaxy S7 Edge. The model of the handset tested by GFXBench sported 4GB of RAM and 128GB of internal storage space, in addition to featuring a 5.5-inch QHD display panel with a resolution of 2560 by 1440 pixels, indicating that the screen of the ZTE Axon 8 will boast a regular 16:9 aspect ratio. The device was running Android 6.0.1 Marshmallow at the time of its testing though it remains to be seen whether it will actually launch with a build of Google’s operating system that’s two years old now; it’s possible that this was simply a prototype used for testing purposes and the actual handset will ship with some version of Android Nougat.

The newly uncovered GFXBench listing of the alleged ZTE Axon 8 also indicates that the smartphone will boast an 8-megapixel front sensor and a 12-megapixel rear camera, and seeing how its predecessor was equipped with a 20-megapixel lens on its rear plate, the new listing suggests that the upcoming device may actually ship with a dual camera setup consisting of one monochrome and one RGB sensor. A recent TENAA-issued certificate pertaining to a handset with the same model number confirms as much, indicating that the ZTE Axon 8 might boast a 20-megapixel and 12-megapixel sensor on its rear side, located above a regular fingerprint scanner. Unlike the model detailed here, the one that passed through the Chinese agency in early May was powered by the Snapdragon 821, a revised version of Qualcomm’s original 2016 flagship chip that’s present in the likes of the Google Pixel, Pixel XL, HTC U Ultra, and the LG G6.

It’s still unclear when the ZTE Axon 8 might be hitting the market but seeing how its predecessor was announced in May 2016, it may not be long until the Chinese consumer electronics manufacturer officially unveils its latest Android handset. 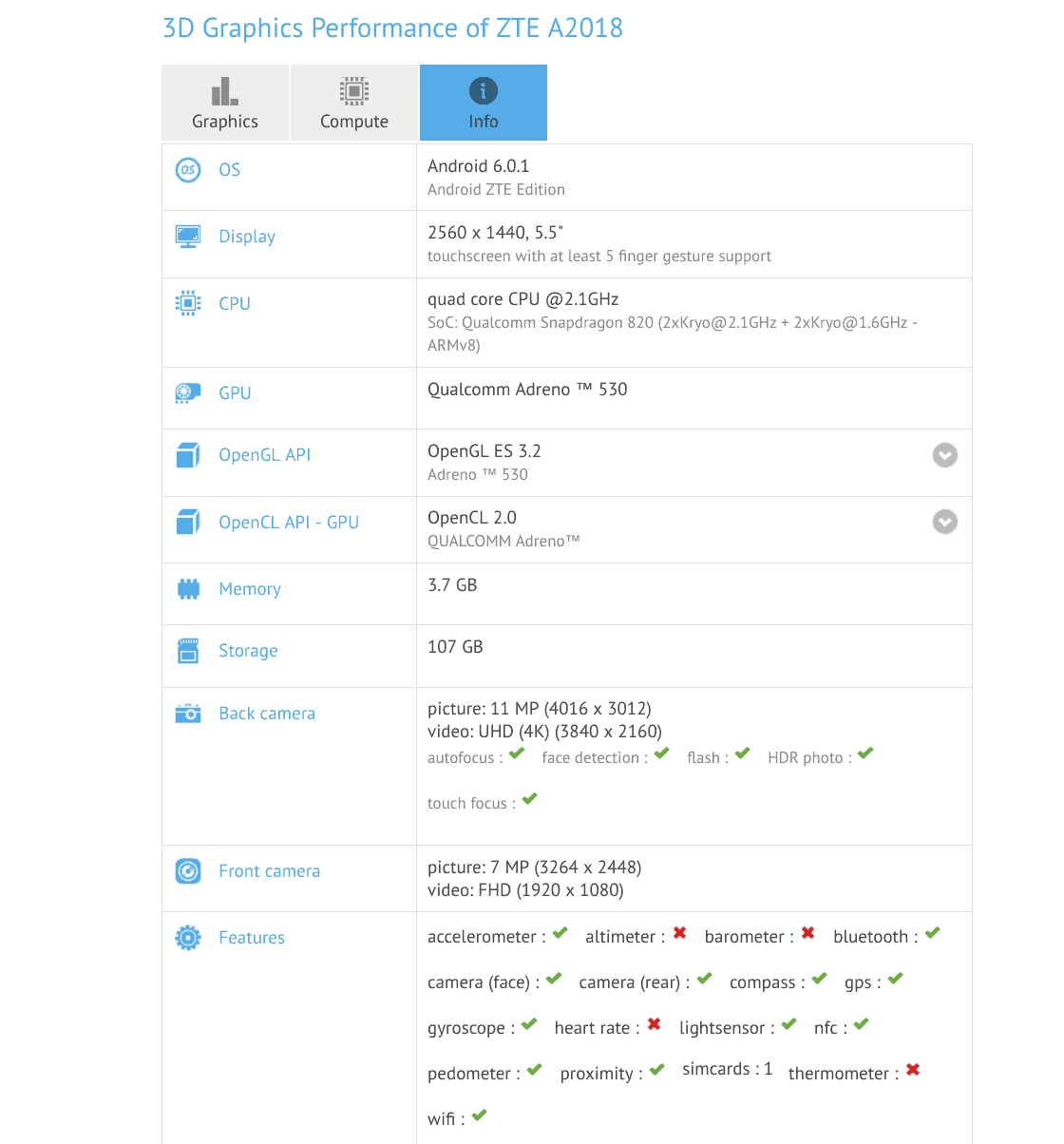