Xiaomi’s latest flagship smartphone, the Mi 6, has gotten its latest update which brings a new feature to the the device along with fixes. The update which is being rolled out to Mi 6 units in China will bring the build number of MIUI to v8.2.26.0. One of the biggest features which the update brings is the support for Mi Pay, which is Xiaomi’s own version of contactless payment. According to the changelog, the package also brings along a number of stability improvements to the Mi 6. It is best to download the update while connected to a WiFi network as it is pretty sizable, coming in at 126MB.

Once users have downloaded and installed the new update, the Mi Pay service can be enabled and can be used to perform contactless payments using NFC. Most credit and debit cards in China are accepted on the service, along with bus cards which can be used in major cities in the country. At the moment, Mi Pay supports a number of banks including China Construction Bank, Bank of Communications, China Merchants Bank, Huaxia Bank, Minsheng Bank, Ping An Bank, and also the Industrial Bank. However, it should be noted that Mi Pay is currently only available in China, and it will not work outside of the country even if you have purchased a Mi 6 unit from a Chinese reseller. If you would like a recap of Xiaomi’s latest flagship handset, do read on.

The Mi 6 was launched back in April and it packs flagship specs under its hood. This includes a 5.15-inch fullHD display with an aspect ratio of 16:9. Powering the device is a Qualcomm Snapdragon 835 processor paired with 6GB of RAM and either 64GB or 128GB of storage. This dual nano SIM smartphone comes with a dual camera setup on its rear. There are two 12-megapixel shooters on the back, whereby one has 4-axis OIS, while the other camera is a telephoto sensor. Keeping the lights on is a 3,350mAh battery which can be charged via the USB Type-C port. The Mi 6 runs on Android 7.0 Nougat out of the box, along with MIUI which is the company’s very own custom UI. 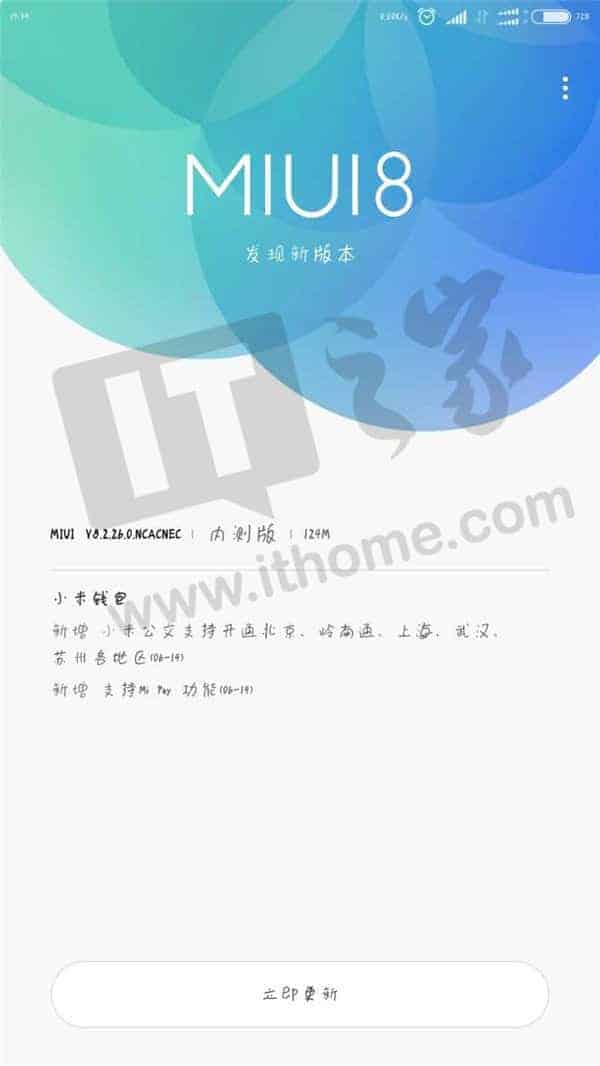