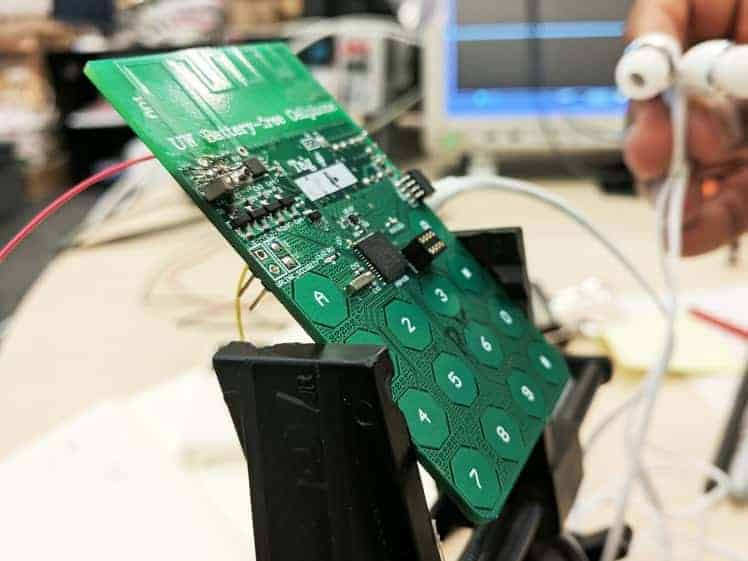 A research project at Washington University is underway that could eventually drastically change the way we use our cellphones to make calls since the project’s prototype doesn’t actually require a battery to make calls. The prototype is the brainchild of Joshua Smith, a researcher at the university’s lab for computer science and electrical engineering. Smith has spent years developing the prototype and, beyond the basics of making a phone call, Smith envisions a cell phone that can also continue sending text messages and taking selfies long after the juice in the battery has drained. The concept is that technology can be developed, and has already begun being developed, that can draw energy from the surrounding environment and wireless transmission signals – which Smith calls “backscatter.”

Backscatter is inspired by ideas used by Soviet Spies during the cold war, which Smith heard from his father – who was a spy at the time. The spies used bugs that were powered by specific radio frequencies which were also used to transmit data via a mirroring process. By working out how to control and optimize the process using modern hardware and sofware solutions, Smith’s team was able to create a viable base station that could be incorparated into modern cell towers. Although the team is focused on communicating through calls, for now, which are undeniably one of the most power hungry ways to communicate with a smartphone, they do hope to find a way to make the technology work for other things. An e-ink display, for example, could be used to keep text messages up and runnig in a low-energy way.

The first call ever using the technology developed by Smith has already been made. Unfortunately, for now, the sound quality is still very poor. Moreover, it’s still analog. That means it works similarly to a two-way radio, where listening and talking can’t be simultaneous. The current form the phone leaves quite a lot to be desired as well. You can check out its current form in the image above, but it’s really just a board with a keypad and LED lights to indicate when one of those keys is pressed. Obviously, there is still a lot of work left to do, but the research lab has high hopes for future iterations. Most dramatic changes to technology are very rudimentary when first developed. With any luck, the team at Washington University will work out the kinks and smartphones manufacturers will find a way to incorporate it. That way, the most important communications people make every day with their devices may be able to continue without the need for battery packs or a wall socket.