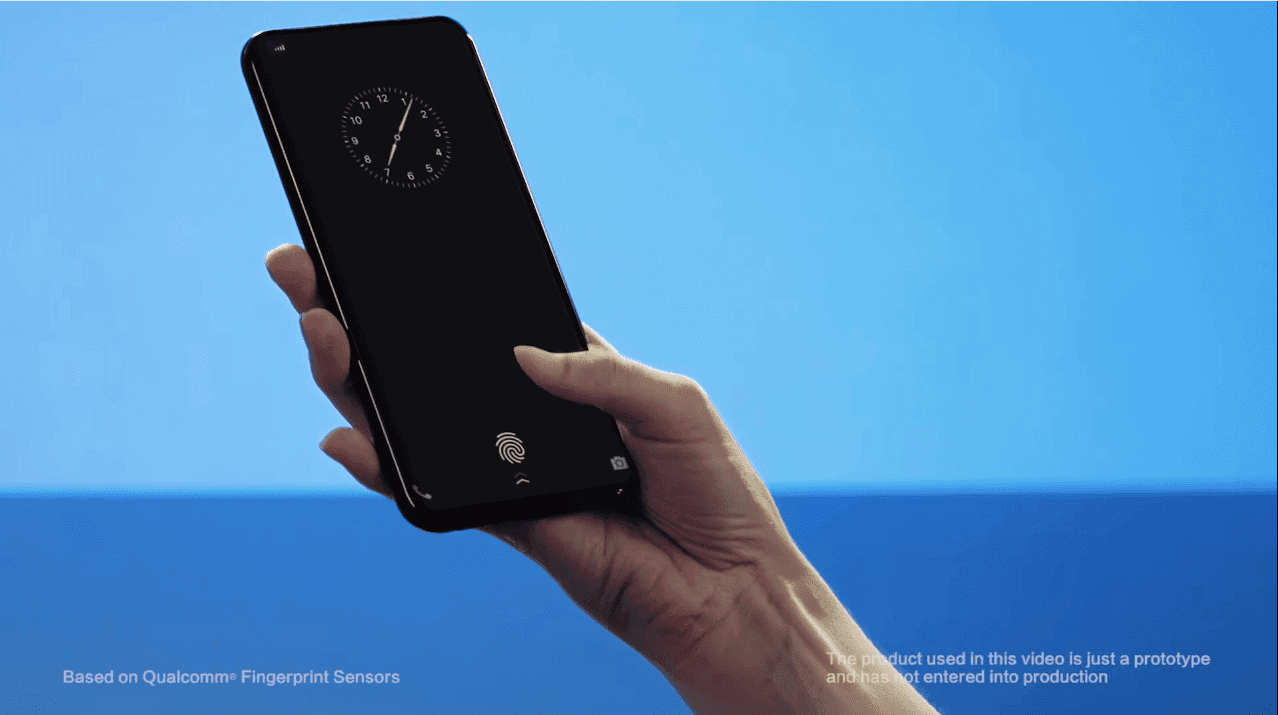 Chinese smartphone manufacturer Vivo has posted a video showcasing its new technology that it refers to as the “Under Display Fingerprint Scanning Solution.” As its name suggests, this new technology allows the firm to embed a fingerprint scanner under a display panel while still being left with a completely functional screen. The prototype was first demonstrated to convention goers at Mobile World Congress (MWC) 2017 Shanghai and is based on Qualcomm’s ultrasonic fingerprint sensor technology, Sense ID.

The Under Display Fingerprint Scanning Solution from Vivo works by using piezoelectric effects which will generate and receive ultrasonic sound waves when a finger is pressed against the display. These waves will pass through the OLED screen at different strengths and the reflection of sound waves will generate a 3D fingerprint image. As this technology uses ultrasonic waves, it is superior to capacitive and optical scanners found on current smartphones as it can function even with wet fingers. On top of that, its function is not limited to OLED displays like the one seen in the video below, as it is able to work under different materials such as aluminium, steel, plastic, and sapphire glass. According to Vivo, its Under Display Fingerprint Scanning Solution also has advantages in terms of waterproofing as it will be easier for manufacturers to waterproof their smartphones compared to having a capacitive or optical fingerprint scanner.

The Under Display Fingerprint feature will work underneath an OLED panel that measures up to 1.2mm in thickness. However, Vivo has noted that this technology is merely a concept at the moment, though the company could implement it in its future smartphones. Qualcomm’s Sense ID, which Vivo based its concept on, has been used in the past, having first debuted on the Xiaomi Mi 5s, i.e. its ultrasonic fingerprint scanner. It has also been reported that Samsung wanted to implement similar technology on the Galaxy S8 but the company ran out of time and instead opted for a rear-mounted fingerprint scanner, which is what’s now said to have happened with the Galaxy Note 8 as well. While it remains to be seen when this technology ends up being commercialized, more details on the matter should follow in the coming months.