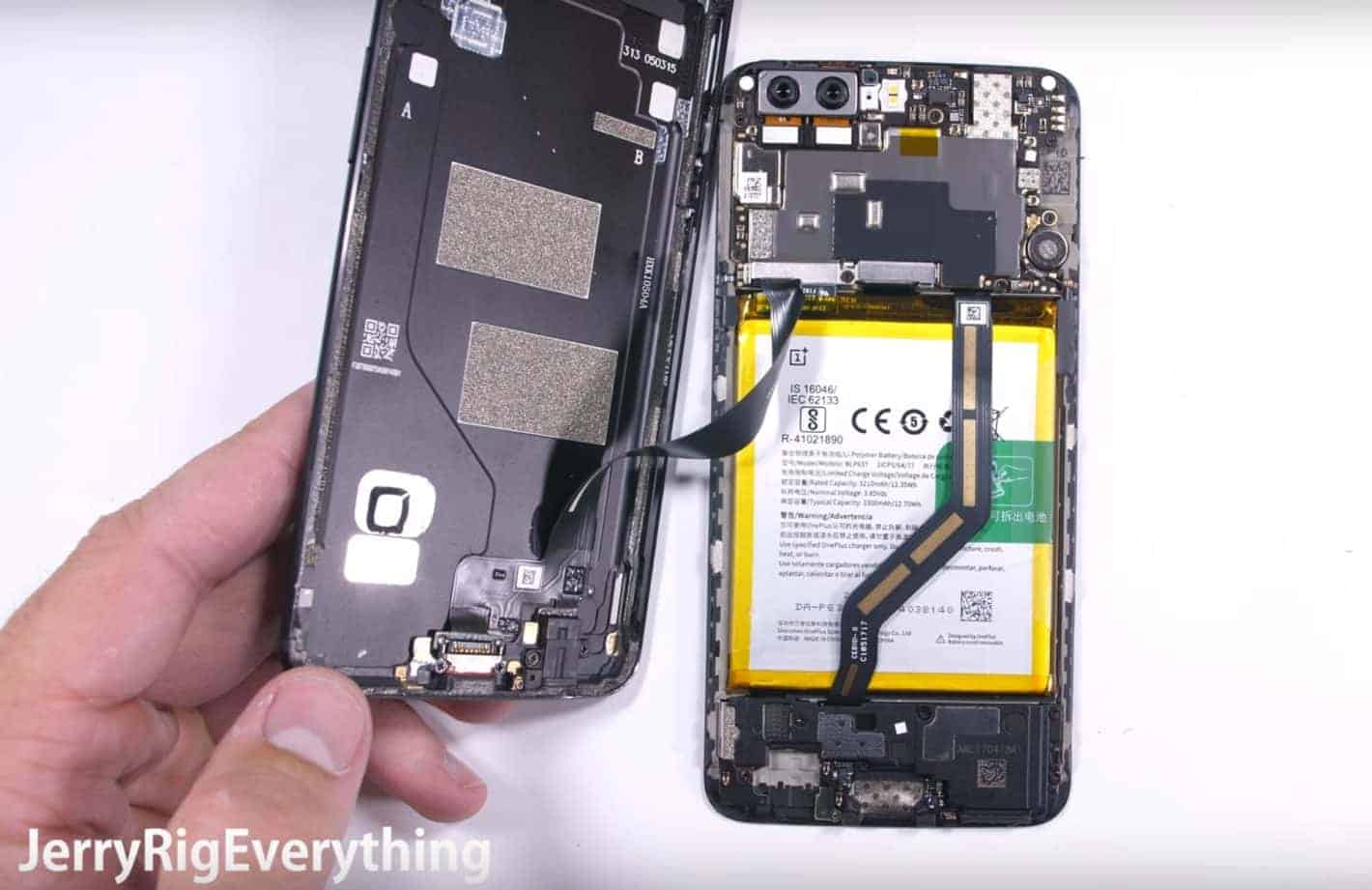 The OnePlus 5 is relatively easy to repair and can be opened for parts replacement without any need for a heat gun, a recent teardown performed by YouTube channel JerryRigEverything revealed. The five-minute video that can be seen beneath this writing depicts the latest OnePlus-made flagship getting completely dismantled and then assembled again with just a few screwdrivers and a pry tool, though the device still requires a T2 tip that isn’t commonly found in the majority of phone repair kits. Regardless, the display module of the device can be pried off of the case after just a few screws are removed, and the rest of the process is even more straightforward.

The battery of the device features no real cover and can simply be pulled away from its slot, while neither the front camera nor the dual-sensor setup housed in the top-left corner of the OnePlus 5 have an optical image stabilization (OIS) mechanism, the teardown revealed, thus corroborating a number of product details that were previously said by OnePlus itself. Instead of OIS, the device handles all shake reduction internally, relying on electronic image stabilization (EIS) that’s also primarily utilized by the Google Pixel and Pixel XL lineup in a relatively successful manner. Being easy to disassemble, the OnePlus 5 isn’t a problematic phone when it comes to screen replacements, though it’s likely that its replacement panels won’t come with actual frames, as was the case with parts for previous smartphones made by the Shenzhen, Guangdong-based original equipment manufacturer (OEM). Due to that state of affairs, throwing a broken display module of the device isn’t recommended as its frame will likely have to be reused in the replacement process.

The latest teardown of the OnePlus 5 also showed that the handset features no real water protection that some of the company’s representatives previously implied exists but simply isn’t advertised, meaning that the device certainly shouldn’t come into contact with any liquids if you’re hoping for it to have a lengthy life. The OnePlus 5 officially went on sale earlier this week and is said to become a hit in numerous countries around the world, with an update on its commercial performance expected to follow shortly.