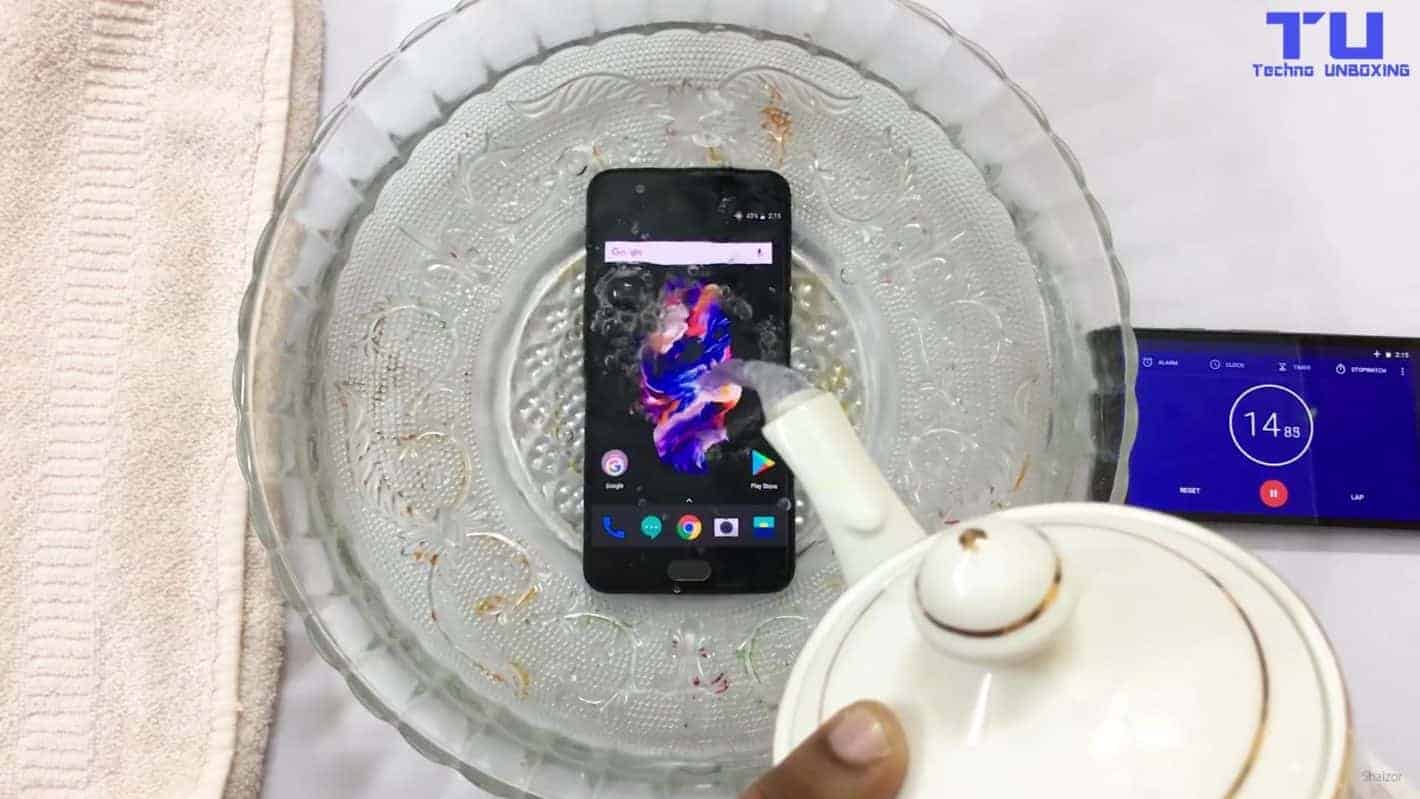 The OnePlus 5 is one of the hottest smartphones out there at the moment, and it seems like the phone is water resistant to some degree, both according to the company’s CEO and a newly-surfaced water test. OnePlus’ CEO, Pete Lau, said recently that the device is water resistant to some degree, though the company did not want to advertise it. Those of you who are familiar with the device probably know that the OnePlus 5 is not ‘IP’ certified, so it does not officially come with a waterproof rating, but Pete Lau claims that the phone will be able to take some water splashed on it and will be fine regardless. Having said that, don’t try that at home, because if your phone gets damaged from water that it came in contact with, that will void your warranty.

Now, the company’s CEO also said that OnePlus decided against waterproofing the OnePlus 5 all the way as it would make the phone both thicker and heavier. It’s worth noting that waterproofing is one of the main complaints consumers have had since the phone launched last week, which is why it’s such a hot topic out there. Now, in addition to that, the OnePlus 5 water test has surfaced as well, though it comes from a third-party source. A YouTuber called Shaizor, over at Techno Unboxing YouTube channel, decided to perform a water test on the device. He placed the phone in a bowl of water for 60 seconds, and kept adding water on top of the device. The display was unresponsive while in water, but after he removed the device from water everything functioned properly it seems, the phone managed to survive this test, which is quite interesting.

Now, on top of everything, GizmoChina claims that a French publication said that the OnePlus 5 is IP67 certified, but that OnePlus decided against mentioning that in any shape or form. This essentially means that it can be submerged in 1 meter of water for 30 minutes. As already mentioned, do not test this, as it will void your warranty, the OnePlus 5 is not officially waterproof. This handset was announced about a week ago, and it comes with high-end specs, and a rather affordable price tag, considering what it has to offer. The OnePlus 5 sports a 5.5-inch fullHD Optic AMOLED display, 6GB / 8GB of RAM and 64GB / 128GB of storage. The device is fueled by the Snapdragon 835 SoC, and a 3,300mAh battery is also a part of this package. If you’d like to know more about the device, follow this link.