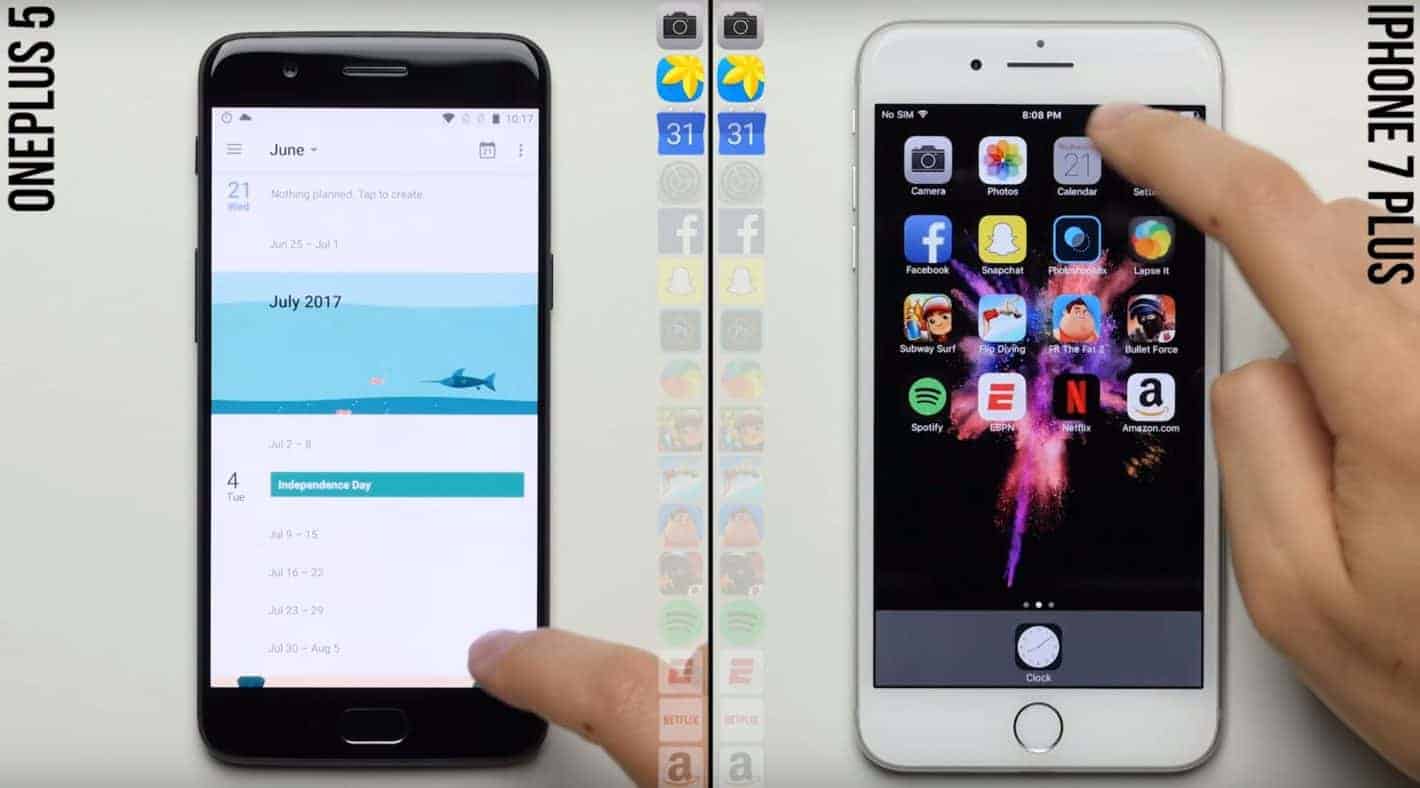 The OnePlus 5 convincingly beat the Apple iPhone 7 Plus in a basic speed test conducted by popular tech YouTuber David Rahimi, better known by his handle PhoneBuff. In Rahimi’s video test published on Tuesday, the OnePlus 5 became the first Android device ever to beat Apple’s latest flagship in this aspect, at least the first ever tested by this particular YouTube channel. The full video that can be seen beneath this writing shows the two devices being tasked with opening a little over a dozen apps as quickly as possible, and the OnePlus 5 managed to complete this task with full seven seconds to spare before the iPhone 7 Plus managed to do the same.

As always, the results of this speed test don’t indicate that one device performs in an objectively superior manner to the other; speed test results are largely influenced by animation speed and the latest iteration of the OxygenOS running on the OnePlus 5 simply has extremely fast animations that are meant to minimize waiting times between opening and closing apps. While this design decision certainly affects the overall user experience of any device — usually for the better — it doesn’t influence the actual hardware performance of the thereof. The BBK Electronics-owned original equipment manufacturer (OEM) has recently been criticized by a vocal portion of consumers and industry watchers for delivering a smartphone that’s apparently similar to the iPhone 7 Plus, with those sentiments being so widespread that the company ultimately decided to directly address them on several occasions. Most of the company’s officials who opted to comment on the issue essentially said that critics of their product design existed ever since the original OnePlus One but all of their devices have been widely touted as being attractive and accessible, which they deem is more important.

The OnePlus 5 officially went on sale just yesterday, starting at $479 in the United States, with consumers looking for a variant with 8GB of RAM and 128GB of internal flash memory being asked to part with $539. The handset is expected to be widely successful across a variety of markets and an update on its commercial performance should follow in the coming months.