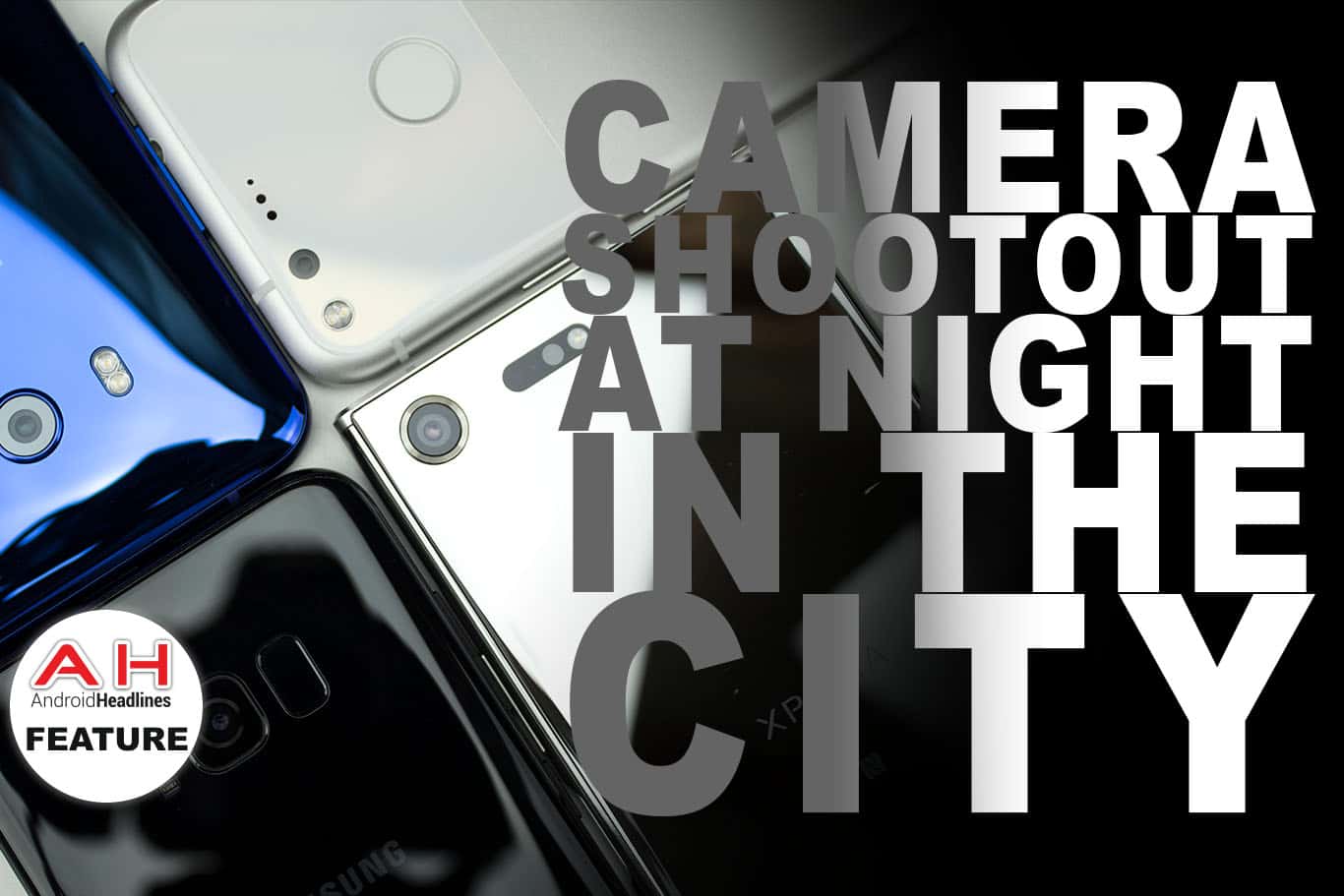 This year’s smartphones seem to pack more of a punch than ever when it comes to cameras. Each manufacturer seems to have fallen into their own niche, whether it be portrait shooting, low light photography, ultra fast focusing, predictive photo taking or super slow motion recording, there’s certainly something for everyone. To put the claims of smartphones in 2017 to the test, we’re continuing a series of photography challenges between the latest and greatest smartphones, this time around taking four feature-packed devices to the city at night for an epic shootout.

It wasn’t too long ago that we put the LG G6, Galaxy S8, Google Pixel and HTC U Ultra to the test in a Spring head-to-head shootout in the garden, a familiar venue for folks looking to overcome the dreary days of Winter. The Google Pixel came out the winner of that contest, so we thought it only fitting to put both it and the runner up, the Samsung Galaxy S8, to the test against two other brand new flagships, the HTC U11 and the Sony Xperia XZ Premium. This time around though we’re not looking for bright colors or fast moving objects, rather we’re looking to see which camera can be put through the rigors of conditions with very little light to see.

It’s these super low light conditions that often cause problems. Traditionally cameras would need to raise the ISO level, which forces the sensor to accept more light and subsequently causes digital artifacts to come into play, also known as noise. To combat this cameras would also increase the length of time the shutter is held open, allowing more light to flow into the sensor, but normally causing blur if there’s any kind of hand shaking or other movement. Modern smartphones all have ways to combat this, including taking more than one picture at a time and splicing them together to create one cleaner shot, as well as advanced noise reduction techniques and sensors with larger pixels that can accept more light at once than ever before. Who builds the best camera experience available? Find out in our video below, and don’t forget to subscribe to see the rest of the upcoming series!