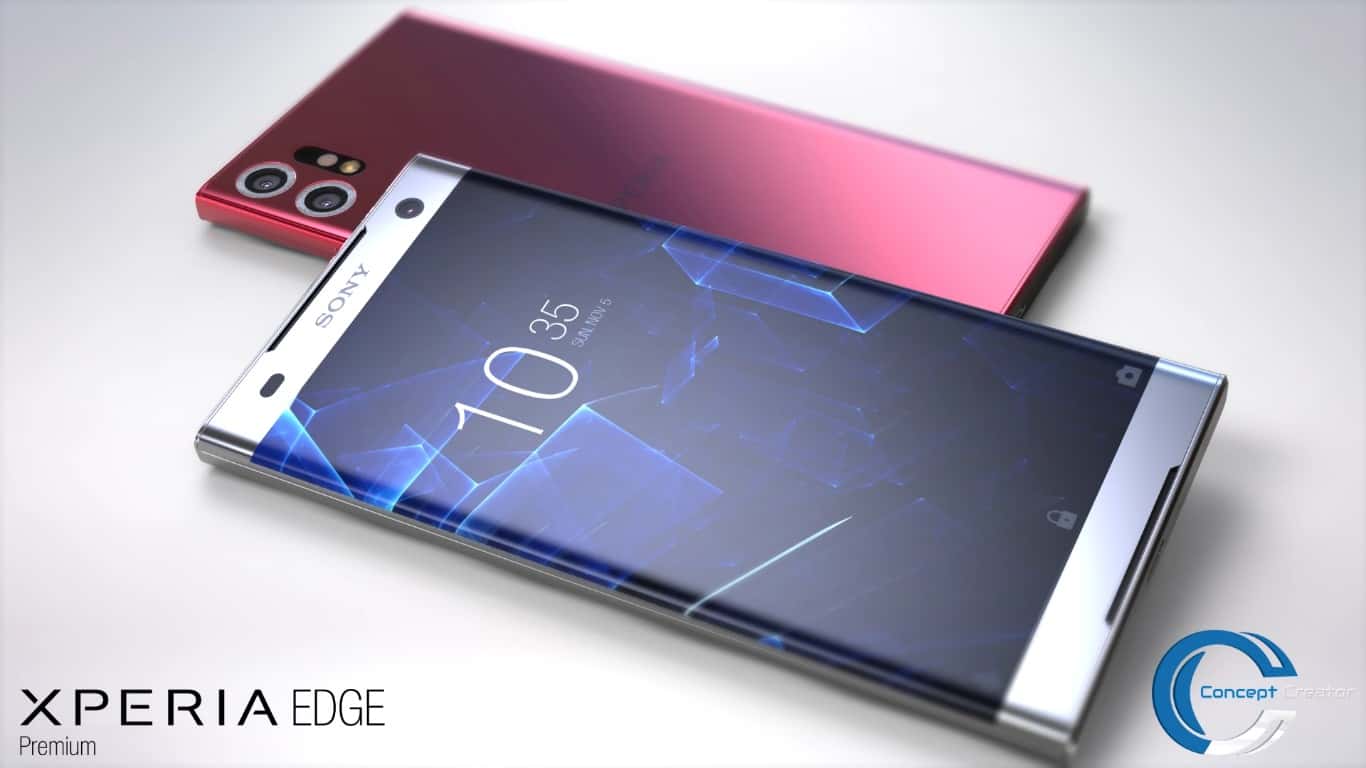 Sony had introduced their Xperia XZ Premium flagship earlier this year, and for those of you who were expecting Sony to release a different phone, well, we have a new concept design to share with you. A YouTube channel called ‘Concept Creator’ released yet another concept design, this time around we get to check out the Sony Xperia Edge. This phone was designed by a third-party source, and does not represent Sony’s upcoming smartphone or anything of the sort. Having said that, read on.

This handset is made out of metal and glass, while it sports a dual camera setup on the back. Its two cameras are aligned vertically, and the company’s branding lies on the back of the device as well. The source actually shows off five different color variants of the Sony Xperia Edge in the provided video which you can check out down below, Blue, Black, Silver, Red and what seems to be some sort of a Rose Gold color. This phone has no bezel on the sides, and its display is curved, while there are some bezels above and below the display, but considerably less than the Xperia XZ Premium is packing. The Sony Xperia Edge comes with a set of front-facing speakers, and offers a single front-facing camera. Now, as far as specs are concerned, the designer envisioned a 4K HDR AMOLED display for this handset, and its dual camera setup on the back can shoot super slow motion video. The device packs in 6GB of LPDDR4 RAM and 64GB of native storage, while it is fueled by the Snapdragon 845 SoC, a chip that is rumored to be released next year as Qualcomm’s flagship processor.

The source did not share any specific details regarding this device’s camera sensor, nor did we find out how large is its display, but this is a concept smartphone after all, so it’s all imaginary either way. It will be interesting to see what is Sony planning for next year, but it would be interesting to see them release a smartphone similar to this one, that’s for sure, even though that probably won’t happen considering this is just a concept phone.