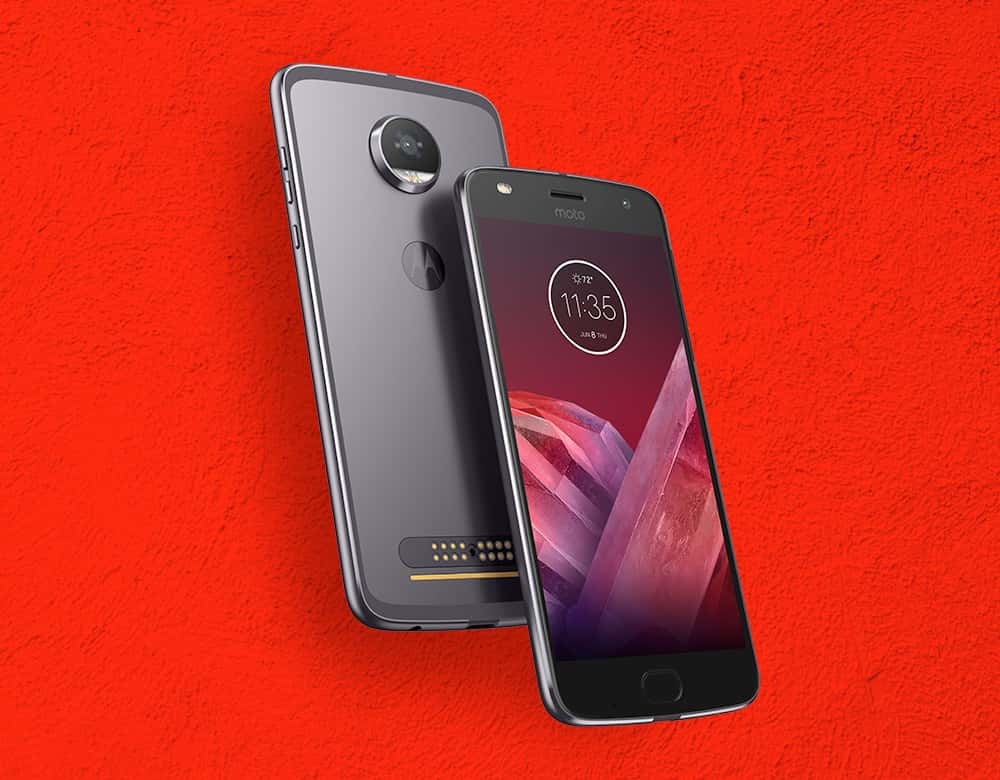 The Moto Z2 Play is said to offer around 30 hours of battery life, through mixed usage. That's thanks to the 3,000mAh that's included in the Moto Z2 Play. That is a smaller battery than last year's model, which sported a 3510mAh capacity, but it should offer close to the same battery life. Additionally, there's a 5.5-inch 1080p Super AMOLED display, and it's powered by the Qualcomm Snapdragon 626 processor. Motorola has included two variants this time around, one with 3GB of RAM and 32GB of storage, or 4GB of RAM and 64GB of storage. There is a micro SD card slot that can accommodate up to 256GB of storage here. When it comes to the camera, there's a 12-megapixel shooter around the back and a 5-megapixel front-facing camera. The 64GB model will be coming to the US, and it'll be priced at $499. Similar to the pricing of last year's Moto Z Play.

Obviously the big story about the Moto Z2 Play is Moto Mods. Something that Lenovo and Motorola launched last year with the Moto Z lineup. These mods allow you to extend the capabilities of the device, and all of the existing Moto Mods work with the Moto Z2 Play. That includes the JBL SoundBoost, the TUMI battery pack, as well as the Hasselblad camera. New this year is a new Moto Mod Style Shell which adds wireless charging to the Moto Z2 Play, something that was not available before, and it's not available without the style shell surprisingly. There's also the JBL SoundBoost 2 that's new this year, it's been upgraded to offer up to 10 hours of music playing, without using your phone's battery. All of these will be available this summer at Motorola and Verizon.

Advertisement
Moto Z2 Play (Motorola.com) Moto Z2 Play (Verizon)
Trusted By Millions
Independent, Expert Android News You Can Trust, Since 2010
Publishing More Android Than Anyone Else
35
Today
133
This Week
625
This Month
3137
This Year
104616
All Time
Advertisement