A stable build of TWRP 3.1.1 and a reliable rooting method are already available for the OnePlus 5, with the recovery being compiled by XDA Developers Forums member going by the handle of “xdvs23.” While the solution is still experimental in nature, it should work in a consistent manner, its creator claims, adding that the OnePlus 5 can be rooted by flashing either a SuperSU ZIP file or Magisk. As expected, the method doesn’t work with a locked bootloader so make sure to unlock yours before trying to obtain root access to the latest OnePlus-made flagship. The Shenzhen, Guangdong-based original equipment manufacturer (OEM) released all kernel source codes and device trees for the OnePlus 5 almost simultaneously with the launch of its new device, clearly stating that it’s adamant to continue supporting the constantly growing developer community that gathered around its products in recent years. Due to that state of affairs, it isn’t surprising that you can already use TWRP on the OnePlus 5 and the device is widely expected to benefit from a wide variety of third-party ROMs, apps, and general software tools in the future.

The OnePlus 5 is officially available for purchase as of today and early orders should start arriving by Friday, the BBK Electronics-owned company previously said. OnePlus traditionally struggled with meeting the demand for its products, though the OEM pledged to do better this year, with some of its top executives claiming that the OnePlus 5 will be significantly easier to purchase than its predecessors and shouldn’t go through lengthy periods of being out of stock. Despite the fact that the firm opted to increase the price of the OnePlus 5 compared to its predecessor, the device is still believed to be commercially successful, especially among Android enthusiasts that are prone to tinkering with their handsets and appreciate the ability to root them and unlock their bootloaders without voiding their warranties, i.e. people who have a tendency to use solutions like TWRP.

Refer to the source link beneath this writing to download the first stable build of TWRP 3.1.1 for the OnePlus 5 and find out more details about its installation procedure. More details on third-party software for the latest Android flagship are expected to follow in the coming weeks. 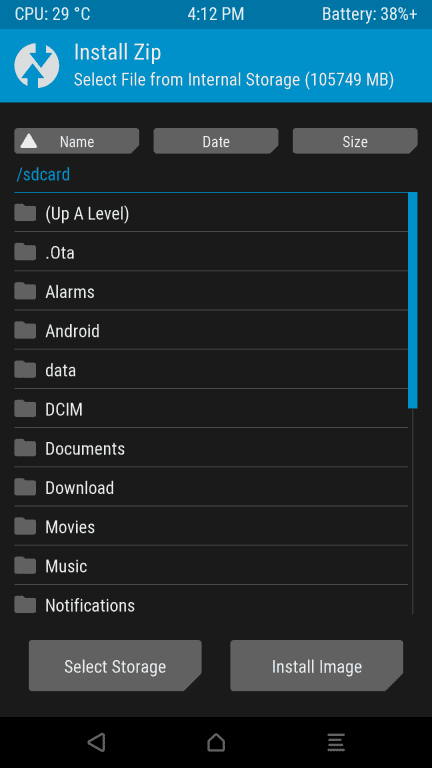