The OnePlus 5 has been certified by the FCC on the same day that the phone was originally announced by the company. Which is just in time, as along with the official announcement of the smartphone, OnePlus also confirmed that the OnePlus 5 is due to become available to buy in the US on June 27. As this is a smartphone that has now been officially announced though, the FCC listing does not provide any new or majorly revealing details – other than the reconfirmation that A5000 is the model number in use for the OnePlus 5 in the US.

As for the actual phone, OnePlus has now confirmed that there are actually two models of the OnePlus 5 set to become available. Generally speaking, the two models are largely identical, although they do differ in terms of their RAM count, their internal storage limit, and their color. The first is the 6GB RAM model, which also comes loaded with 64GB internal storage, and is available in a Slate Grey color. The other model sees the RAM count upped to 8GB and the internal storage limit upped to 128GB. In contrast to the Slate Grey model, this one is only currently available in a Midnight Black color option. The rest of the specs remain common to both smartphones, and include the likes of a Qualcomm Snapdragon 835 SoC, a dual rear camera setup (16-megapixel and 20-megapixel), a 16-megapixel front-facing camera, a Dash Charge-supported 3,300 mAh battery, Android 7.1 (Nougat) and more.

As is probably to be expected, there is also a difference in price. In the US, the 6GB RAM model is priced at $479 while the 8GB RAM model costs $539. Likewise, the 6GB RAM version is going to launch in Europe priced at €499, while the 8GB RAM model will cost €559. Although the OnePlus 5 is not due to become generally available until June 27, OnePlus did announce today that a limited number of units were available as part of an ‘early drop’ for those who were keen to be the first to get their hands on the latest OnePlus device. Especially considering that these early units are expected to arrive for those early buyers on June 27 – the day of release. 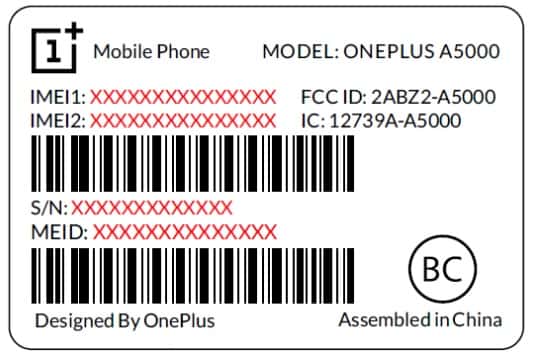