The Huawei Band 2 has shown up at the FCC recently, and while the filing documents are mostly full of information that doesn’t divulge too much in the way of details about the new and upcoming wearable from one of China’s biggest brands, it does have some images included of the labeling, and in these images you can actually see some information regarding a Pro model of the Huawei Band 2, which in itself is revealing as it confirms that Huawei has a Pro model of the wearable in the works, but it also has details about the hardware. It is important to keep in mind though that this information seems to pertain to the Huawei Band 2 Pro only.

In the second image, shown below, you can see the design of what the packaging is supposed to look like, and the first thing that’s listed in the series of key features that will be showing on the back of the box once this device launches is “Standalone GPS Tracking.” In addition to built-in GPS, the Huawei Band 2 Pro will also have a heart rate sensor for monitoring your heart rate continuously, and it will also be water resistant up to 50 meters so this will be a good fit for those who want to keep track of their heart rate during exercise as well as anyone who worries about sweat or rain damaging their trackers. Other features to be included with this tracker are a running coach for keeping you motivated and nudging you to reach your fitness goals, sleep monitoring, and guides to help you breathe in deeply as a means for decreasing your stress levels. Huawei also boasts up to 21 days of battery life with a 45 day standby time before a charge is needed, so users can expect this fitness tracker to last for quite a while in between charges. There’s no information regarding launch dates, availability, or pricing at this time, but Huawei is set to unveil the Honor Band 3 on June 12th, so perhaps there will be more information on the Huawei Band 2 and Huawei Band 2 Pro then. 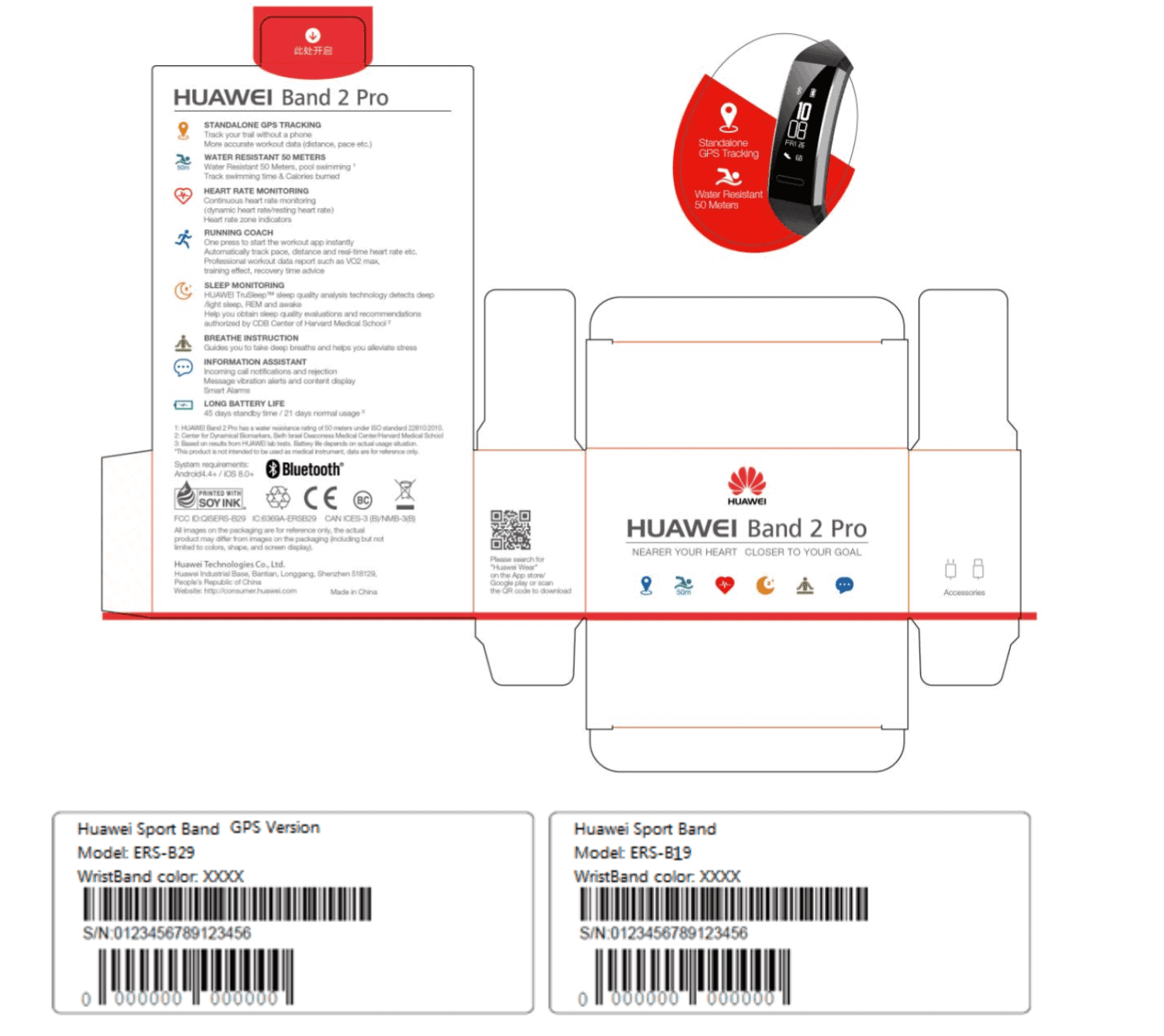