According to the results of a recent study, the mere presence of a smartphone is enough to reduce the cognitive abilities of the smartphone owner. The study (published in the Journal of the Association for Consumer Research) was specifically interested in looking at the phenomenon of ‘brain drain’ within an individual and when related to a smartphone. The study found that in all cases, a nearby smartphone has the power to distract attention. What’s more, the study seemed to suggest that while the relationship is even stronger for those who are more dependent on their smartphone, the effect was largely the same for everyone.

The research was conducted over two separate experiments which largely followed the same setup and looked to measure levels of cognitive capacity. The initial experiment consisted of 548 participants, under three distinct situations. The first, which was referred to as the ‘desk condition’ had cognitive capacity measured while the participant’s smartphone was physically in sight. The second condition looked to lessen the smartphone’s visibility by having it out of sight, but still nearby – in a bag for instance. While the third condition saw the smartphone completely removed from the participant’s location – in another room. With the results of the experiments seemingly highlighting the relationship between proximity and cognitive attention. That’s proximity, not visibility. The second experiment used a smaller sample of participants (296) and looked to replicate the findings of the first, but with a focus on whether smartphone dependence could prove to be an accelerating factor.

While this is a headline-grabbing story on its own, if the results are correct it does have some very important implications. For instance, the survey highlights that most of the body of research on smartphone-related behavior typically revolves around interactions with a smartphone. Driving while using a smartphone being one of the most commonly reported on, with research (and laws) suggesting that people should not ‘smartphone and drive’. However, by its very definition, the results from this survey, shine a new light on the ‘smartphone and drive’ debate by suggesting that just having the smartphone near you while in a car, could be enough to distract while driving. And this is just one of the ways in which these results can be extrapolated. Of course, this is only one study at the moment, and as the general research on this is limited (compared to other research on smartphones), more studies will need to be undertaken to replicate and confirm the findings. For instance, and as is usually the case with studies like this, there are going to be variables that may have played a role in the results. An example of one could be the sample used. With this being a university study, all participants were students and the mean age of participants was 21. Which arguably could be an age-range that is naturally more accustomed to and/or more dependent on their smartphones, compared to other demographics, or the population as a whole. 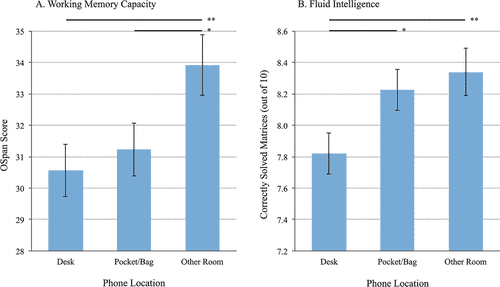 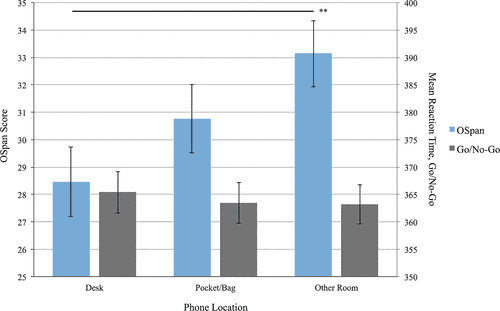 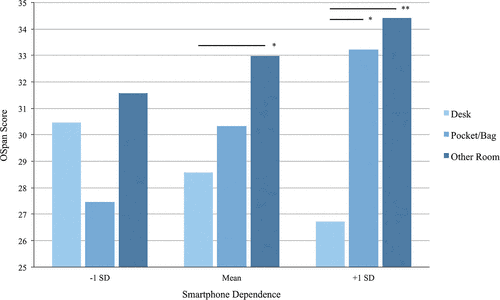