Perhaps in response to the intensifying competition in the postpaid cell service market, Sprint appears to be looking to shore up its share with prepaid subscribers. For the most part, the company’s competitors appear to maintain pretty solid holdings in prepaid and appear focused on the ongoing postpaid battlefront. So this may be a smart move for Sprint, with further consideration for the affect the unlimited wars have had on average revenue per user (ARPU). As the ARPU for postpaid falls more in line with that of prepaid ARPU – which is around $5 to $10 less than the contract plans – the competition is increasingly fighting for ever smaller scraps. By moving efforts away from postpaid, Sprint may be able to take advantage of the ongoing battle in that edge of the market to build up some revenue where there’s a bit more room to breath. At the same time, Sprint lost a significant number of prepaid subscribers in Q3 2016, losing over 500,000, so it really needs to continue gaining to catch back up to the competition and gain more ground. The fourth quarter of 2016 saw the company gaining 180,000 subscribers and this latest push looks like an attempt to gain some more ground.

To make its push for the prepaid market, Sprint has taken a few substantial steps. Not least of all, the company recently announced that it would be opening at least 60 new stores over the coming months. That represents a huge increase in its retail workforce and should represent a big improvement in the company’s ability to conduct customer relations as well. It also makes the Sprint name much more visible across the areas the stores are to be located. Beyond that, the service provider also unveiled a new prepaid plan last month aimed at bringing over consumers who may be on the fence with their current provider. That deal, which was called Project Switch, offered a pretty hefty discount and some other benefits to anybody bringing their phone number over to Sprint’s service on an unlimited prepaid plan. The company likely has more up its sleeves in the coming months as it looks to build on the last quarter’s progress.

Sprint’s overall goals also appear to line up with where the company stands in terms of solidarity. Despite persistent rumors of a possible merger with T-Mobile, representatives of Sprint have reiterated over the past several months that the company does not need to make a deal in order to continue operating or to keep its promises about its next generation networks. In the meantime, its efforts appear to be paying off. 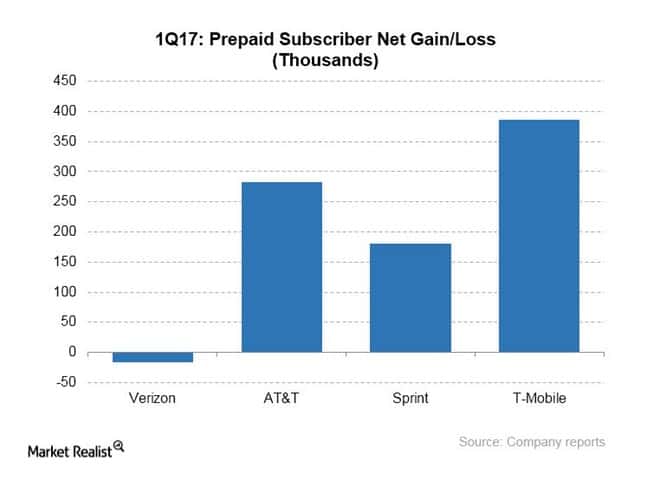