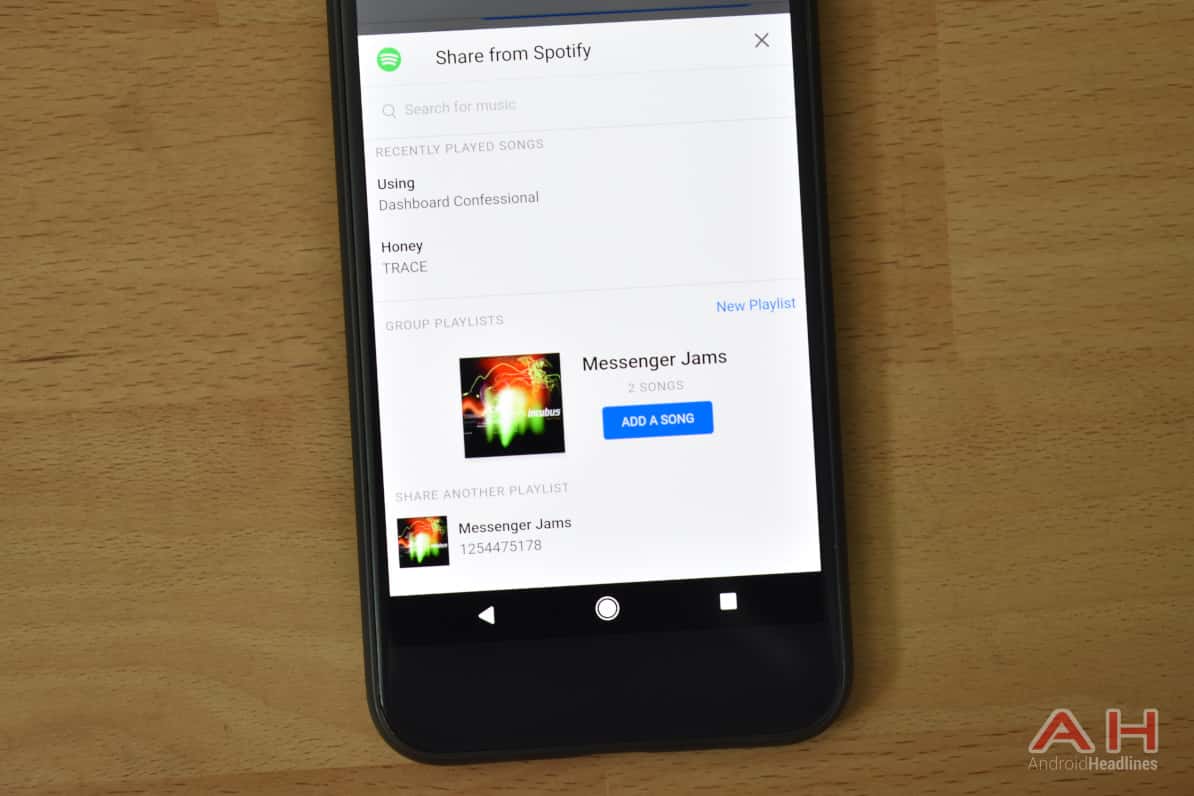 Spotify lets you build playlists with friends through a new feature integration in Messenger. Spotify calls this Group Playlists, and if you're a Spotify user who also happens to use Messenger to communicate with friends and family and you'd like to share some of your favorite music with them, getting things going is pretty easy but also pretty quick, and it's a great way to let others know about the music that you like and you think they might like as well.

To kick things off all you have to do is enter a Messenger chat with one of your friends, and by hitting the "+" symbol in the bottom left corner next to the chat box you'll end up with a bunch of share options. The Spotify icon may or may not be the first icon you see, but if not simply scroll through the list of sharing options and once you find Spotify, tap on it. From here a new window will slide up from the bottom of the Messenger chat interface, and it'll let you create playlists here that you can then share with the other person in the chat. You can share an existing playlist if you already have some set up, or just create a new one entirely.

The best part about Group Playlists is the fact that they're meant to be for the group, which means you and your friends can work on the playlist together by adding songs into it that you like, and this can be done from a single person to person chat or in a group chat where more friends are included. Everyone who wants to add songs to the playlist will be able to do so in the same way that you add songs, which is through tapping on the blue "+" symbol and then tapping on the Spotify chat extension. In addition to this method you can add songs to playlists using the dedicated link. When a playlist is a initially shared to a chat it will show up in the chat in its own little chat bubble with a playlist album cover that has the name given to the playlist. Below this will be a link that says "add a song," and each time a song is added it'll post the details to the chat complete with the name of the song and to what playlist it was added to. This should already be live for users on both Android and iOS.