The update only brings along the latest security patch, and there doesn’t seem to be any bug fixes or stability improvements included in the update package. However, this will be confirmed once Sony releases the full changelog to the public. As this is an Android security patch, it is best to download and install it as soon as you get it to continue accessing online services and content in a secure environment. It is being pushed out as an Over-The-Air (OTA) update, and you should be receiving it in the coming days. If you haven’t gotten the notification to install the update, you may simply head to Settings and tap on About Phone. From there, select System Updates and the system will prompt you to install the update if it is ready for your device.

The Xperia XZ Premium is the latest flagship smartphone from Sony, and it is packed to the brim with high-end specs. This includes a 5.5-inch 4K TRILUMINOS display, which pushes content at FHD by default, but it can display 4K content if needed. Powering the device is a Snapdragon 835 processor while graphics are handled by the Adreno 540 GPU. Memory-wise, it comes with 4GB of RAM and 64GB of expandable storage. For optics, it sports a 19-megapixel camera from Sony, assisted by OIS, RGB color sensor and distance sensor. It happens to be one of the most feature packed camera ever found in a smartphone and you can read more about it here. Selfies are handled by a 13-megapixel front-facing camera. The device which comes with an IP68 rating for water and dust resistance, packs a 3,230mAh battery which can be charged via the USB Type-C port located on the device. For software, it ships with Android 7.1 Nougat out of the box, along with Sony’s own custom UI. 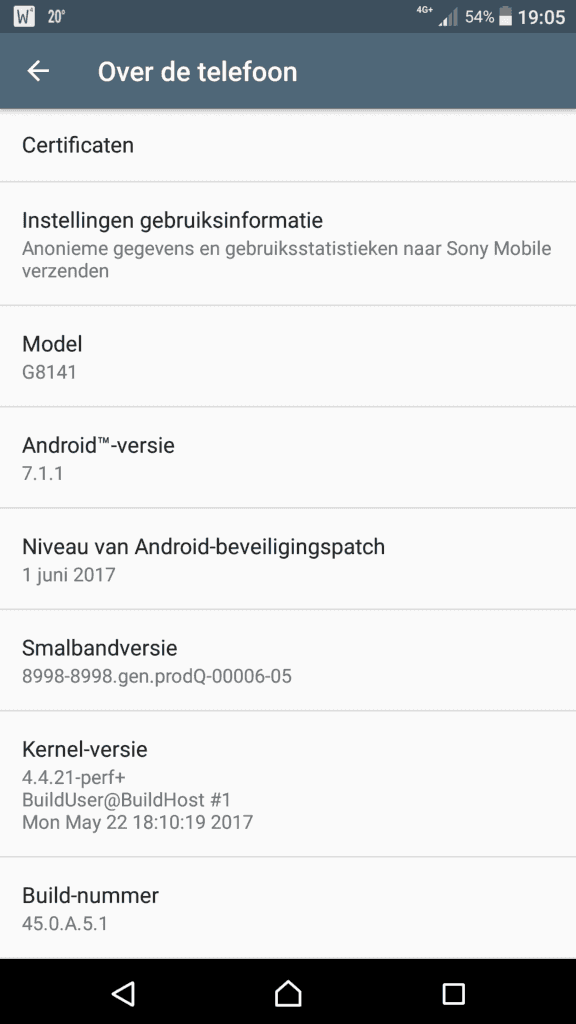