Snap on Wednesday announced a new tool for creating Snapchat Geofilters which allows users of its popular social network to design such offerings directly on their smartphones. The functionality is being rolled out through a client-side update to the Snapchat Android app that started being distributed earlier this week and should already be available for download from the Google Play Store all around the world. The Venice, Los Angeles-based firm said that the latest addition to Snapchat was prompted by the fact that its users have already been submitting numerous custom Geofilters on a daily basis, with the company concluding that facilitating the process of doing so should resonate well with its customers.

Apart from providing you with the option of drafting a basic Geofilter design, the new framework also ships with a wide variety of what Snap calls “Creative Tools” that can be used to make your filters and photos and videos you apply them to even more unique. Following the installation of the latest version of Snapchat, you’ll be able to find the new tools by tapping the “On-Demand Geofilters” option in the Settings menu of the Android app. Doing so will bring you to another interface that will prompt you to select a theme you wish to use for your Geofilter, after which you’ll be able to decorate it with Stickers, Bitmojis, and text. The new functionality isn’t free and starts at $5.99, the company said, without clarifying on the factors that will make that base price tag go up, though it’s understood that users looking to submit Geofilters in locations where many others are doing the same will likely be charged more than those who make Geofilters for territories where there aren’t many such creations.

The latest addition to Snapchat is yet another step in the Californian firm’s endeavor to monetize its social network that has been struggling with growth in recent months but sill boasts a loyal user base that’s much more engaged with its offerings than users of other social networks are on average. An update on Snap’s endeavors is expected to follow in the coming months. 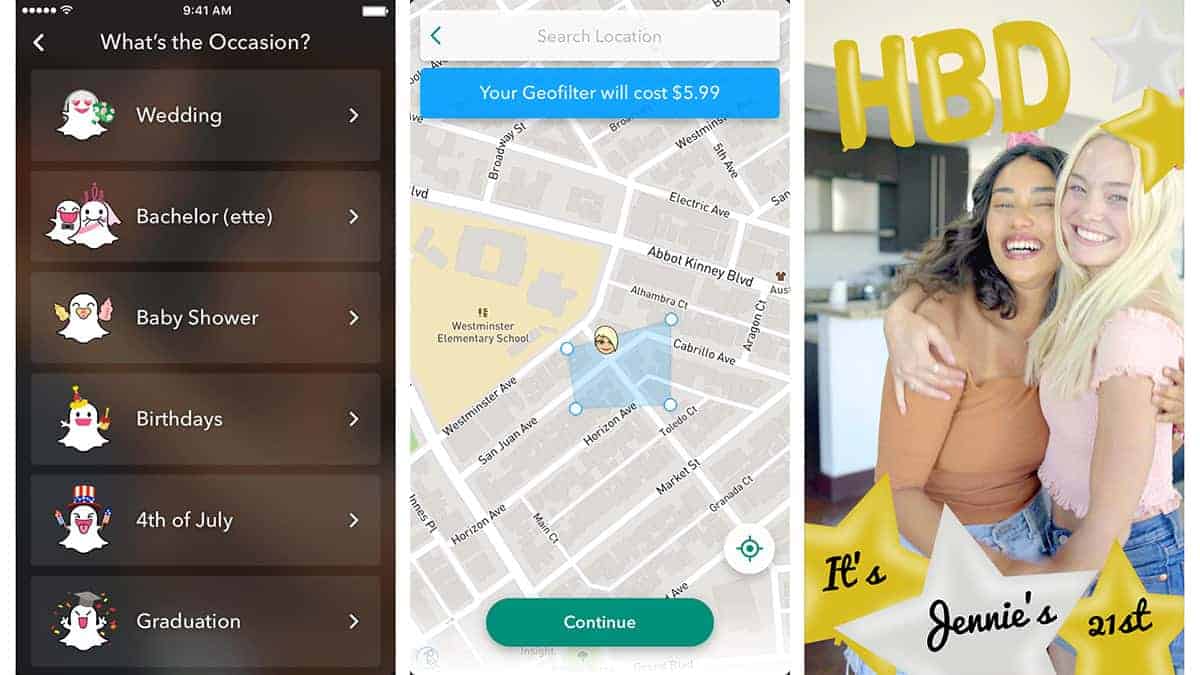