A Sharp-made device identified by the model number FS8016 appeared in the database of popular mobile benchmarking tool Geekbench earlier this week, revealing some specs that put it in the upper mid-range market segment. The handset is powered by the Snapdragon 660 system-on-chip (SoC), Qualcomm's new piece of 64-bit silicon that was announced in early May, the listing reveals. The chipset itself is equipped with eight Kryo 260 cores clocked at a maximum frequency of 2.2GHz, though the variant found inside the Sharp FS8016 was running at 1.84GHz, and the Adreno 512 GPU embedded into the SoC may have also been limited to a degree. The Geekbench listing of the smartphone reveals that it packs 4GB of RAM and was running Android 7.1.1 Nougat at the time of its testing, though it's currently unclear whether this particular build of Google's operating system was heavily modified by Sharp.

The Sharp FS8016 received 1,656 points in Geekbench's single-core test and scored 5,244 in the multi-core one, suggesting that the handset may perform in a manner comparable to that of its mid-range contemporaries in everyday use. The listing provides no other relevant information about the device, but the existence of the Snapdragon 660 indicates that it will be powered by LPDDR4 RAM and might have a display panel with a resolution of up to 2,560 by 1,440 pixels. QHD screens still aren't commonly seen in mid-range smartphones, but with Sharp also being a major display panel manufacturer, the company's handset unit may opt to equip the upcoming device with a screen of above-average quality.

The device itself is possibly a successor to the Sharp Aquos MS1 or Aquos Z2 that were identified by model numbers FS8001 and FS8002, respectively. Both handsets were launched last October and could be due for a follow-up this fall, though it's currently unclear whether the Osaka, Japan-based consumer electronics manufacturer is planning to continue both of these lineups. The company recently launched its 2017 flagship device in the form of the Sharp Aquos R and is expected to only unveil a few more handsets before the end of the year, with smartphones not being its core business focus. An update on Sharp's hardware endeavors will likely follow in the coming months. 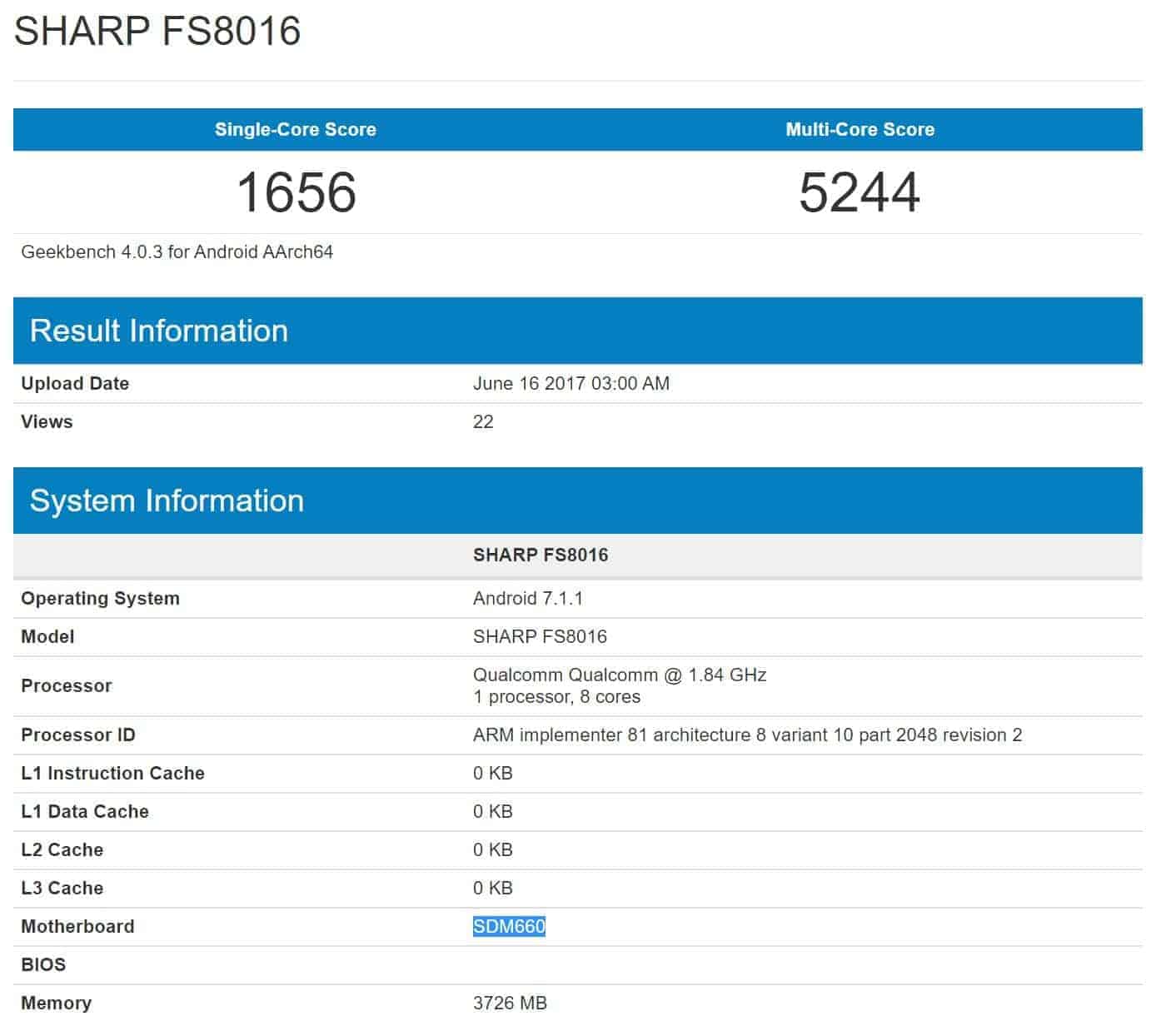