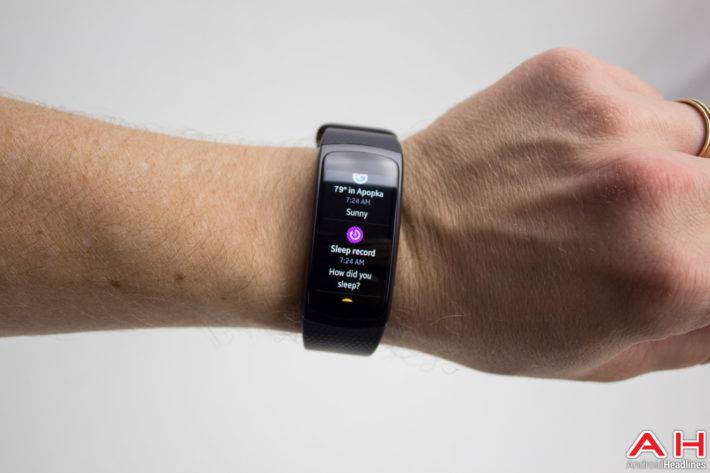 The Samsung Gear Fit2 fitness tracker is now receiving a new update that brings some notable additions concerning tracking capabilities and training optimization. The fitness band was officially launched in June last year and helps users to take control of their fitness. The Tizen-powered wearable is still one of the most popular fitness trackers and has received regular software updates since. This latest software package will further enhance the overall user experience of the device, Samsung said, adding that the update can now be downloaded via its Gear app.

The update brings a new post-workout color-coded graph that displays the time spent in different heart rate zones (Moderate, Vigorous, and Maximum) during workouts, thereby making it easier to rate the efficiency of particular exercises. Another improvement pertains to an addition for the automatic activity detection feature, with a map that will show the location of auto-tracked workouts. Users of the Gear Fit2 will also be able to use the Samsung Health app on their smartphones to tailor a running workout designed to fit their goals and variable pace targets. For instance, there's an option to select intensity levels for fat burning runs or to optimize cardiovascular stamina.

The workout data that's shown on the Gear Fit2 can now be personalized by swiping the screen, so the aspect users are most interested in, such as calories burned, heart rate, or distance, is the one that's easiest to see. Additionally, the software update will now offer guidance on some basic stretching exercises following 50 minutes of inactivity via the inactive alerts display. The latest software package for the device also debuts enhancements for the Sleep Record feature that tracks sleep patterns, and a new graph has been added that further breaks down the amount of time you have spent in different sleep zones such as 'Motionless' or 'Restless.' More benefits of the new update include the ability to directly download different watch faces with the Gear app and send an SOS alert showing your location by simply triple-pressing the Home key on the wearable. Samsung is likely to update the Gear Fit2 with more useful additions later this year and more details on its efforts to do so should follow shortly.