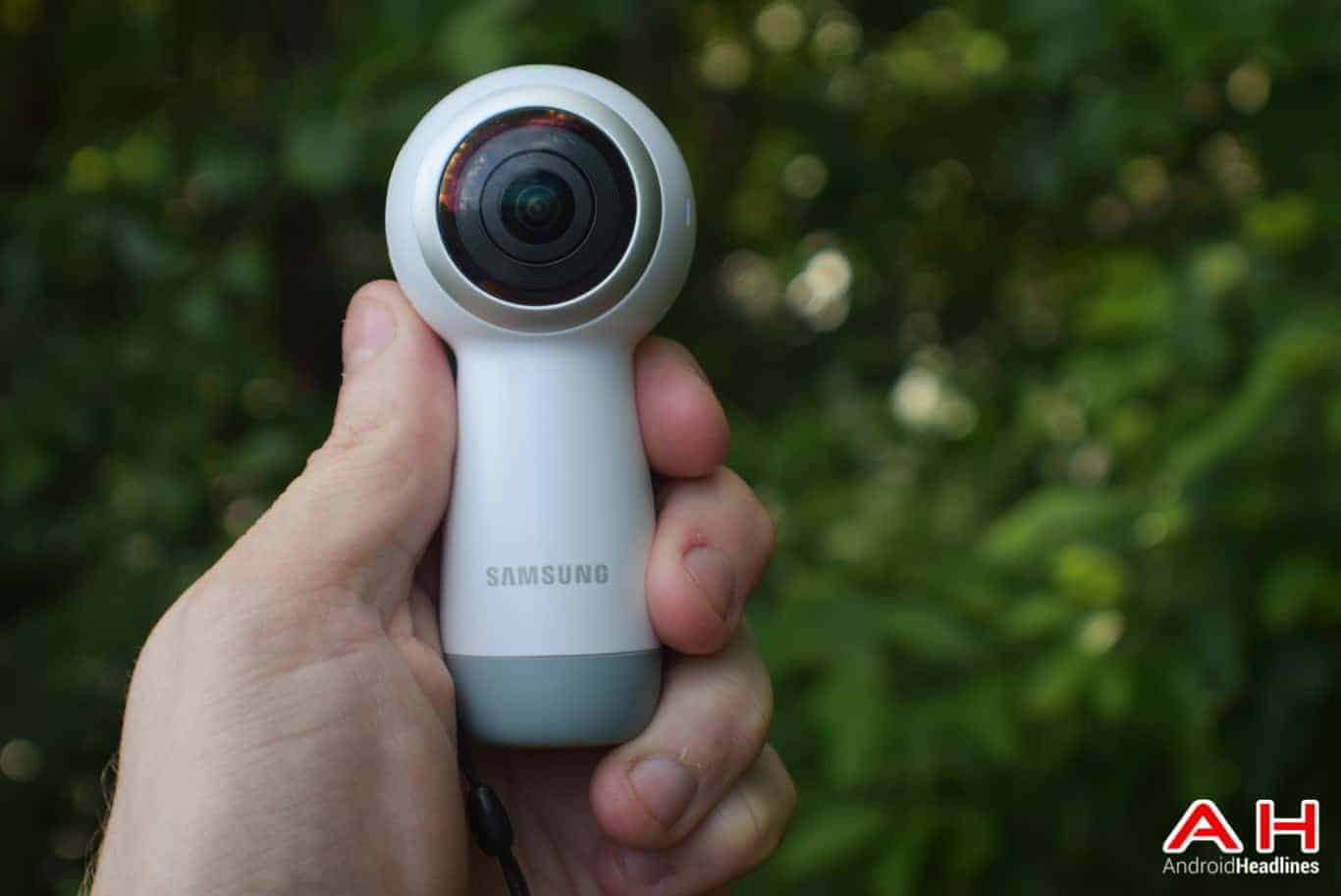 Samsung's Gear 360 was announced along with the Galaxy S8, almost unexpectedly. Now, everyone had expected Samsung to announce the new 360-degree camera, but they didn't expect it to be announced so casually at Unpacked back in March. The Gear 360 (2017) is the company's second-generation 360-degree camera, and it's actually much, much smaller than the original Gear 360, and many people have actually said that it was a bad decision to go smaller, and add in (essentially) a handle to the Gear 360. Well we have spent the past month or so with the Gear 360 (2017), and have been using it at plenty of events and places around town. So let's talk about the good, the bad and the unfortunate of the Gear 360 (2017). 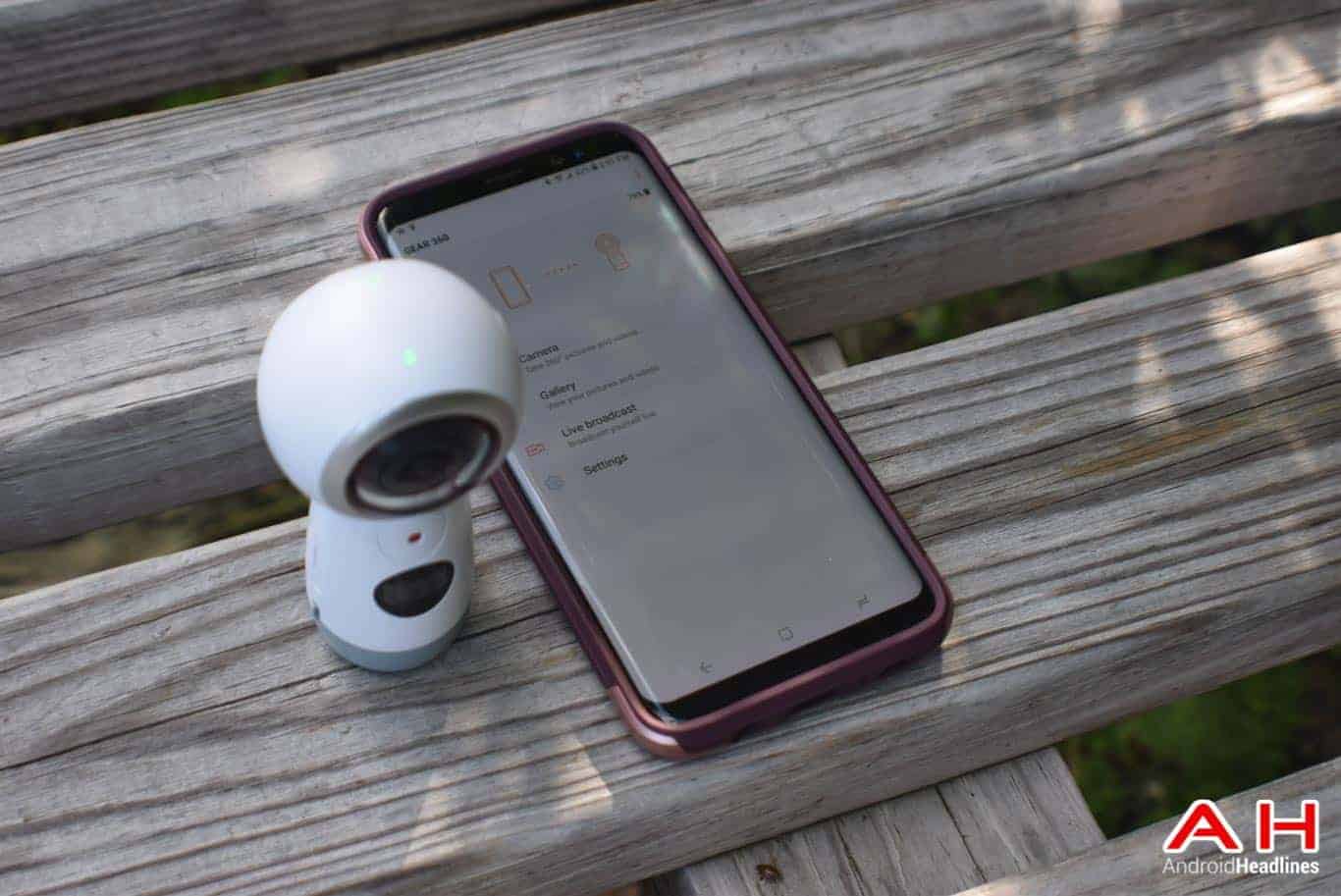 Starting off with the software, it's actually quite good. The Gear 360 app is separate from the Gear app that comes pre-loaded on Samsung devices. But it will automatically download the Gear 360 app, which is great. Unfortunately, the Gear 360 is still only compatible with Samsung devices. That is something that should hopefully change perhaps with the next release. It's currently unclear why it's only compatible with Samsung's own smartphones, but it's likely to do with software. Pairing the Gear 360 with your device is quite simple, and really the same as pairing any other Bluetooth device. You'll turn on Bluetooth and then pair the device. From there, you'll be able to use the viewfinder, see pictures taken with the Gear 360 and much more.

There are a few different modes available on the Gear 360, although the ones you'll use most often are Auto for both pictures and video. There's also a timelapse option, as well as a landscape HDR option, which is great for using outdoors, especially in big cities where there's a lot of architecture. To take a picture, you can use the shutter in the camera portion of the Gear 360 app, or simply press the shutter button on the actual camera (it looks like a record button). It's quicker to take the photo with the camera's own shutter button, as you can imagine. HDR photos do take a bit longer, and obviously that is quite common with HDR anyways these days, but they do look pretty nice. To take a video, just press and hold the button on the Gear 360 and it'll start to take video. The timelapse option is pretty neat, especially since you can really see what's going on all around you (or the camera). 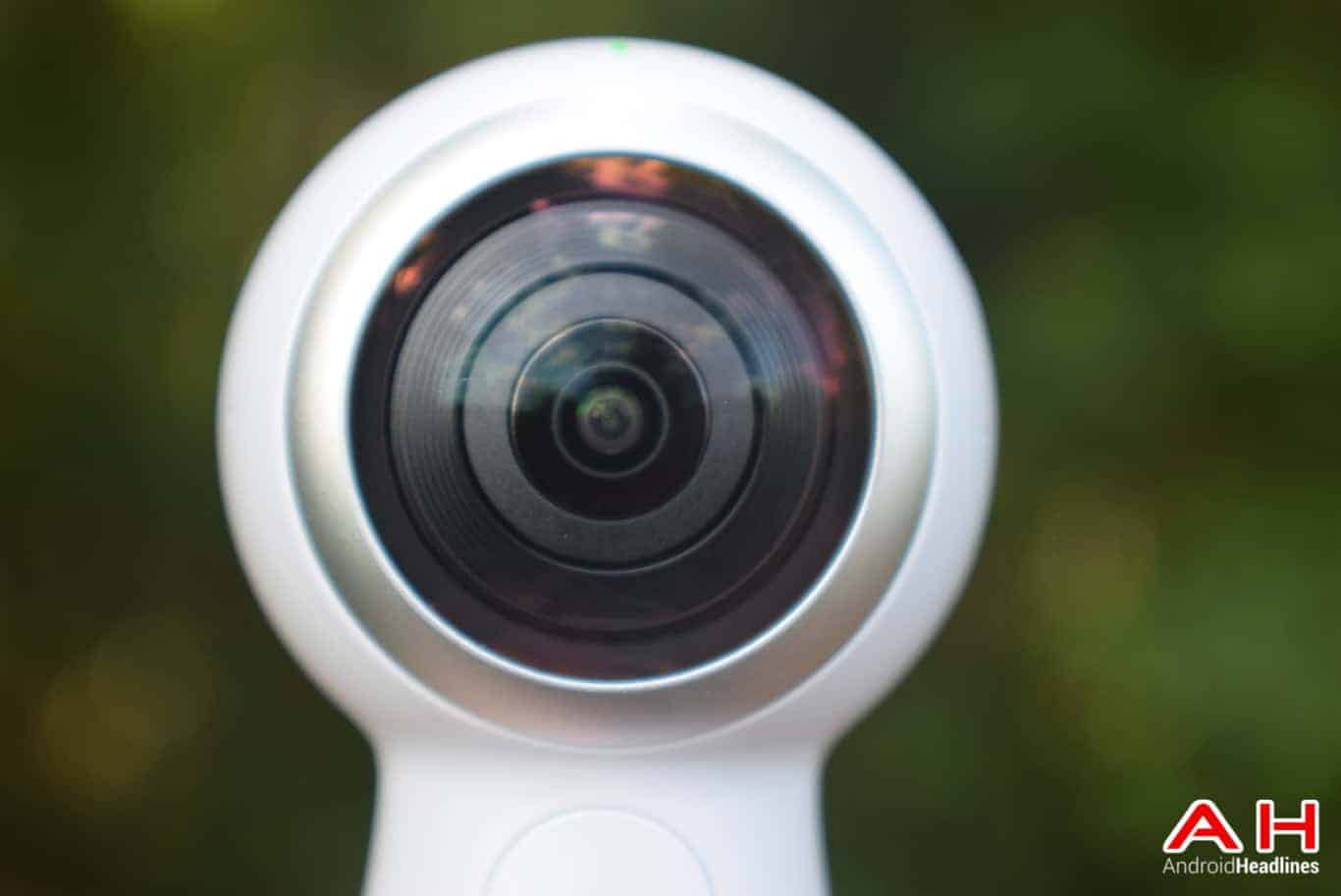 Samsung did include a tripod mount on the Gear 360, so you are able to mount it on a tripod and use it for pictures. This is recommended when doing timelapses anyways that way the camera is stable and not moving. There's a USB-C port on the side, which is used for charging up the Gear 360, and above that you'll see a small "drawer". This is where the micro SD card lives. Now, Samsung handed out the Gear 360 to everyone at Unpacked and included a 32GB micro SD card, so that's what we've been using here, and it has worked quite well. It can hold around 10,500 pictures, so that's plenty of space for most people. It can support up to a 256GB micro SD card (technically a 2TB one, but those don't exist yet). While the images are on the micro SD card, you can still transfer them over to your smartphone, or simply pop the micro SD card into your phone or laptop to retrieve them. 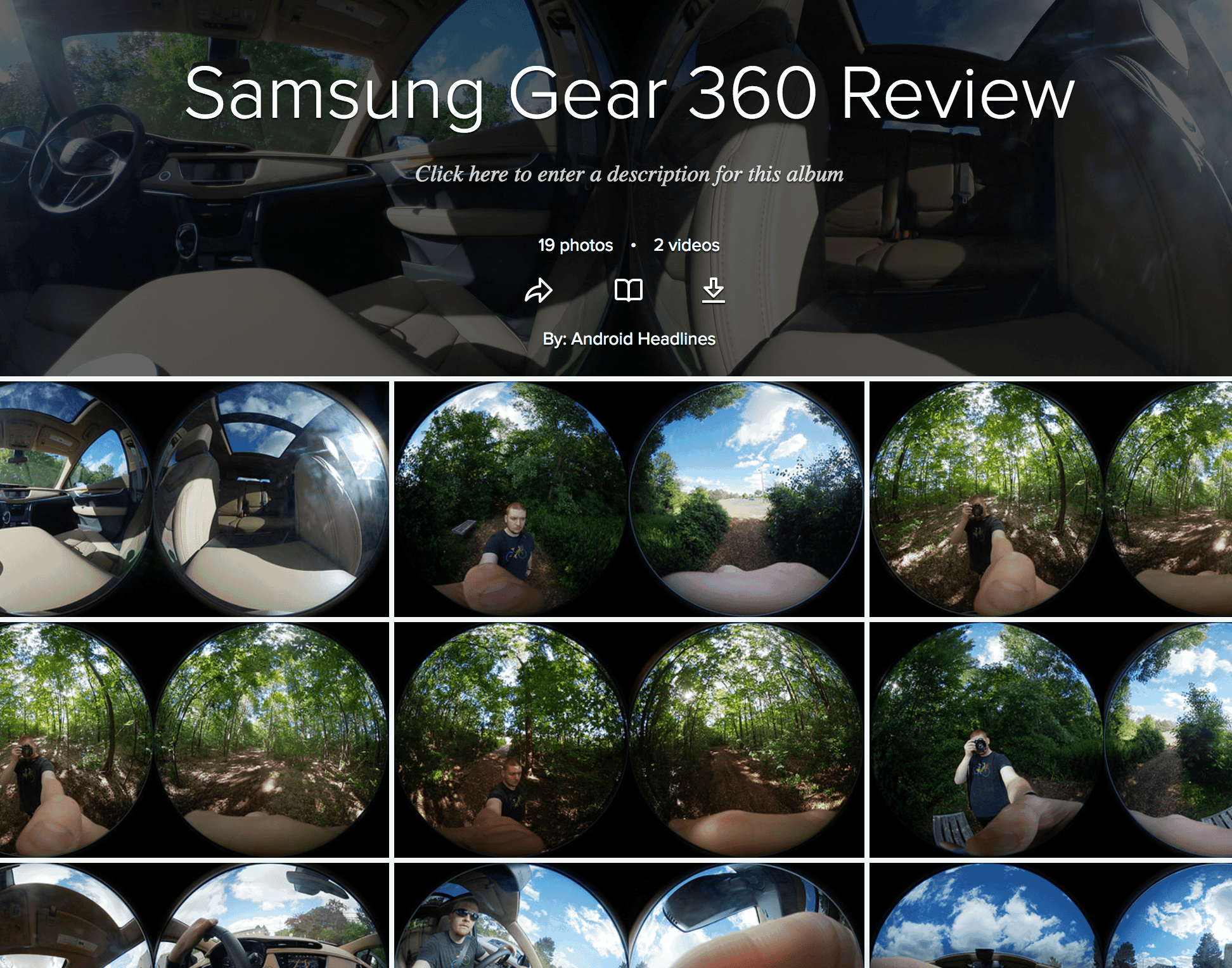 There are microphones on both sides of the Gear 360, this helps you get directional audio when recording video. That's an important feature for virtual reality, which is what this camera is made for. There's a small display just below the shutter button on the Gear 360, which shows you things like the battery life, how many pictures it can take with its remaining storage, and for pairing with a smartphone. The Gear 360 might be the easiest 360-degree camera to use, and right now, it's one of the cheapest around. It's still a bit odd to put in your pocket, since it does kind of look like a Lollipop. But it isn't as odd as the original Gear 360 camera was. Really the only downside to the Gear 360 (2017) is the compatibility with other smartphones right now. It is possible to pick up the Gear 360 and just take pictures with it, then transfer to your laptop with the micro SD card, but you won't be able to see what you're taking pictures with. Hopefully this is something that Samsung will change in the near future, like they have done with their smartwatches – although Gear VR is still only compatible with their own high-end devices. Right now, you can pick up the Gear 360 (2017) from a slew of retailers for $229. That's cheaper than its predecessor, and also cheaper than most other 360-degree cameras on the market right now.