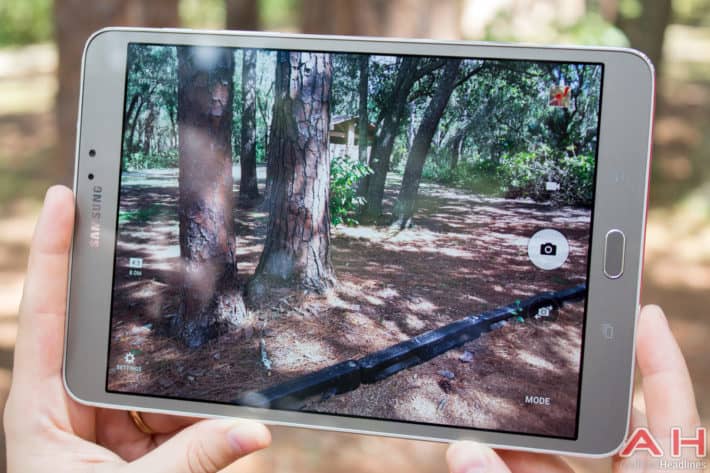 Unlocked variants of the Samsung Galaxy Tab S2 (SM-T713) are also getting Android 7.0 Nougat in the United States as of today, shortly after Verizon Wireless started pushing out the same update to the third generation of Samsung's Galaxy Tab-series devices on its network. Samsung Electronics has yet to officially detail the rollout of the latest software package for the Galaxy Tab S2, but with the update debuting today, it will likely be distributed to all eligible devices over the course of next week. The software doesn't ship with a new security patch and the Galaxy Tab S2 is still running the April Security Update following the installation of the latest package.

The SM-T713 is the model number of the 8-inch Wi-Fi-only version of the device, the only one that is currently confirmed as receiving the update, as evidenced by the screenshots below. It's currently unclear whether Android Nougat is also making its way to the SM-T813, i.e. the 9.7-inch Wi-Fi variant of the Galaxy Tab S2, but even if it isn't, the rollout for that model should commence shortly. The Seoul-based original equipment manufacturer (OEM) recently pledged to keep unlocked variants of its Galaxy devices in the U.S. updated on a monthly basis, but that promise only pertained to Google's security patches and not major operating system updates like the one that's currently being distributed to the Galaxy Tab S2 (SM-T713). The software package itself is well over 1GB in size any may take a while to download, so users are encouraged to either leave their devices to charge during the update process or make sure they have at least 50 percent of battery left before initializing the installation. This is a precautionary measure intended to prevent scenarios in which the device shuts down during the update procedure which may lead to it being bricked.

Having been released last year, the Galaxy Tab S2 (SM-T713) is expected to receive at least one major OS update before being partially removed from Samsung's software support cycle, though the device should still continue receiving security patches for the foreseeable future. Earlier this year, Samsung released the Galaxy Tab S3 series that's meant to succeed its 2016 premium devices and has been enjoying a relatively positive response from consumers and critics alike so far. More details on the company's hardware efforts are expected to be revealed in the coming months.