Samsung Electronics on Tuesday officially announced the Galaxy J3 (2017), Galaxy J5 (2017), and the Galaxy J7 (2017), the latest additions to its affordable Galaxy J phone lineup, with the South Korean consumer electronics manufacturer saying that all three devices will be available for purchase in the coming months. The Galaxy J3 (2017) is set to be launched in August, Galaxy J5 (2017) will debut in Europe this month, while the Galaxy J7 (2017) is scheduled to hit the market at some point in July, Samsung said, adding that the pricing of its new smartphone trio will vary by countries.

The official specs of the three devices are mostly in line with what previous reports on the 2017 Galaxy J lineup claimed. The Galaxy J3 (2017) boasts a 5-inch TFT display panel with a resolution of 1280 by 720 pixels and is powered by a 1.4GHz quad-core system-on-chip (SoC) coupled with 2GB of RAM and 16GB of internal flash memory that's expandable by up to 256GB via a microSD card slot. The device boasts a 13-megapixel primary camera and a 5-megapixel front-facing sensor and is powered by a 2,400mAh battery. The Galaxy J3 (2017) runs Android 7.0 Nougat out of the box, as well as Samsung's proprietary software suite. The Galaxy J5 (2017) features a 5.2-inch Super AMOLED panel with the same resolution and its processor is clocked at a maximum frequency of 1.6GHz. While the amount of RAM and storage space supported by the device is identical to that of the Galaxy J3 (2017), its battery is somewhat larger, sporting a capacity of 3,000mAh. Being the most expensive member of the new product family, the Galaxy J7 (2017) ships with a 5.5-inch Super AMOLED screen with a resolution of 1920 by 1080 pixels, in addition to boasting 3GB of RAM and two 13-megapixel sensors on its back panel and top bezel. The device is fueled by a 3,600mAh battery and its internal hardware is otherwise identical to that of the Galaxy J5 (2017). All three handsets feature metal bodies and physical Home buttons, in addition to promising reliable battery performance.

With the release of the 2017 Galaxy J series, Samsung is now expected to turn its attention to upper mid-range and flagship models, including the Galaxy Note 8 that's slated to hit the market in the coming months. More details on the company's upcoming products should follow shortly. 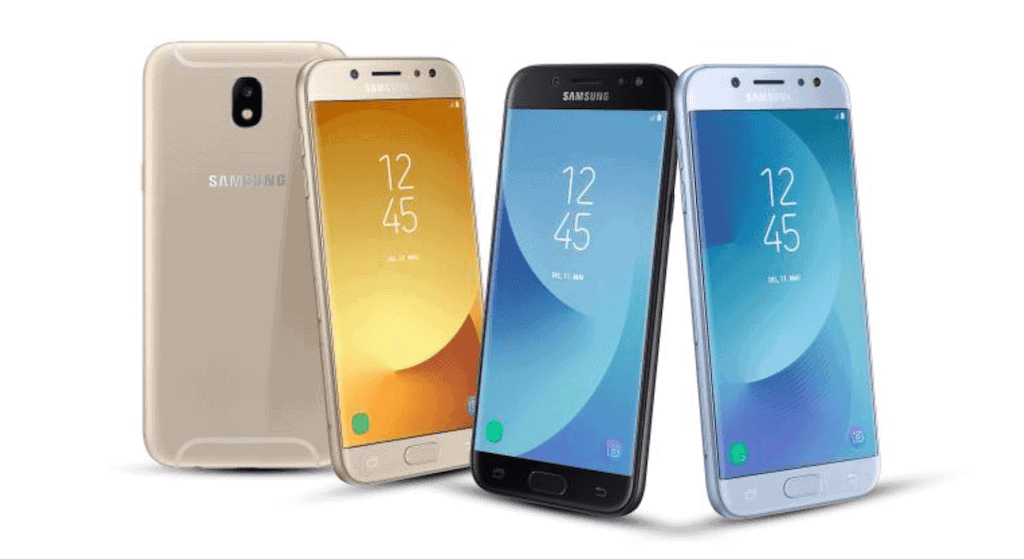