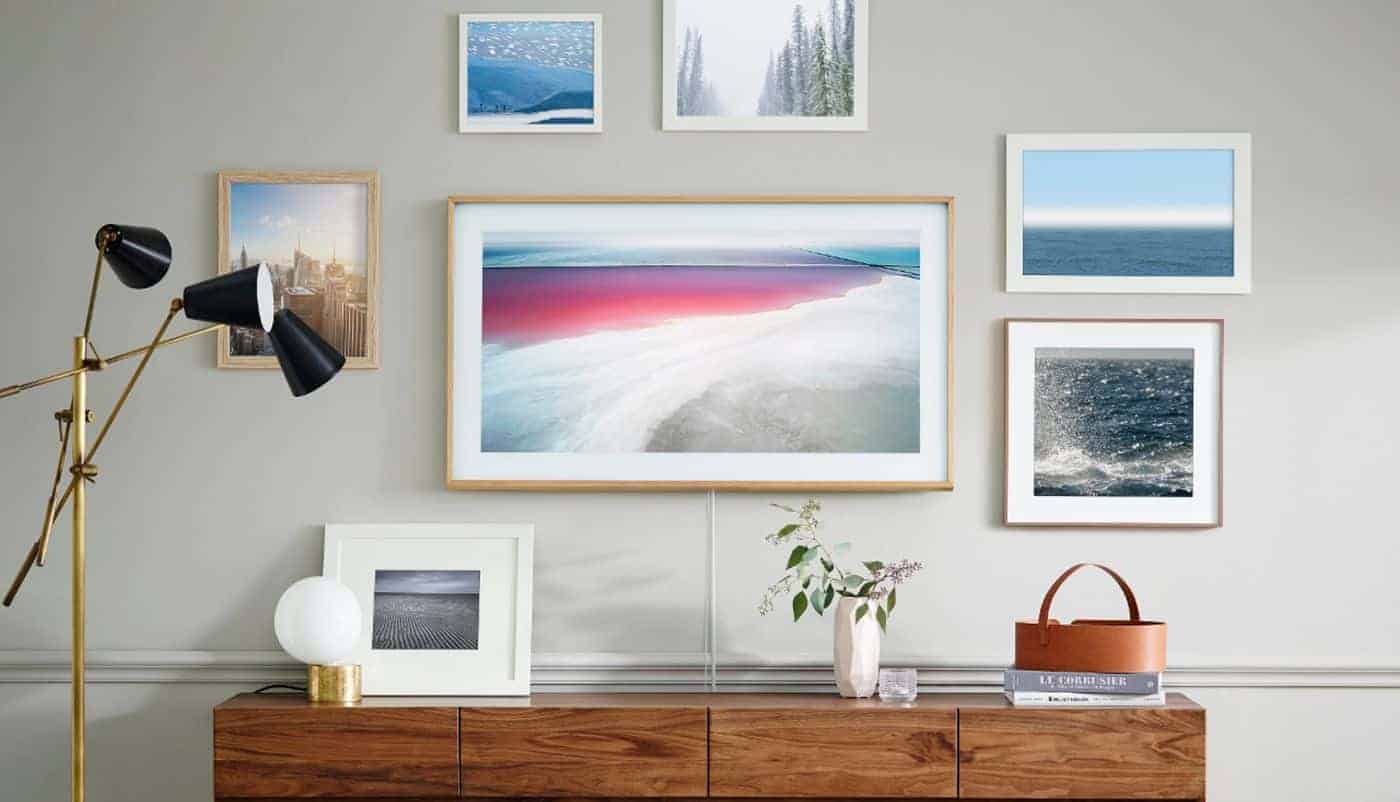 Samsung Electronics has officially launched its award-winning Frame TV in South Korea. The TV is available in two sizes with a 55-inch or 65-inch diagonal, and unlike the majority of TV sets on the market, the Frame TV is designed to sink into the home décor and can double as a digital picture frame or painting. In South Korea, the Frame TV carrying a 55-inch display is available for 3.44 million South Korea Won or approximately $3,035, whereas the 65-inch model launched in South Korea for 5.15 million Won or the rough equivalent of $4,544 at today’s conversion rate.

The Samsung Frame TV was designed by Yves Béhar’s design studio Fuseproject with the purpose of making the device look like a piece of art, and it was showcased at CES 2017 where it won an innovation award. As the moniker suggests, the Frame TV is surrounded by an interchangeable frame which can be acquired in a variety of colors and materials. When turned off, the Frame TV can operate in Art Mode and is able to display static images from a gallery of 100 paintings and photographs created by 37 renowned artists. Additional artwork can apparently be purchased from an Art Store curated by Samsung Electronics, and reportedly the company is working with museums in order to add additional art pieces to the Frame TV gallery as time goes by. Evidently, users can also upload their own images either through a USB port or via the Samsung View application. In any case, it’s interesting to note that the Frame TV is somewhat aware of its surroundings. It uses a series of light and motion sensors to determine if there is any activity in the room and it can turn off automatically in order to save power.

As for more technical details, the Samsung Frame TV features an LED display with a 4K resolution. It also supports HDR10 and apparently, it can automatically adjust the screen’s brightness based on ambient light and the room’s décor. As far as connectivity is concerned, the Samsung Frame TV sports four HDMI connectors and three USB ports. Keep in mind that the prices above correspond to the South Korean market and may differ across the pond.