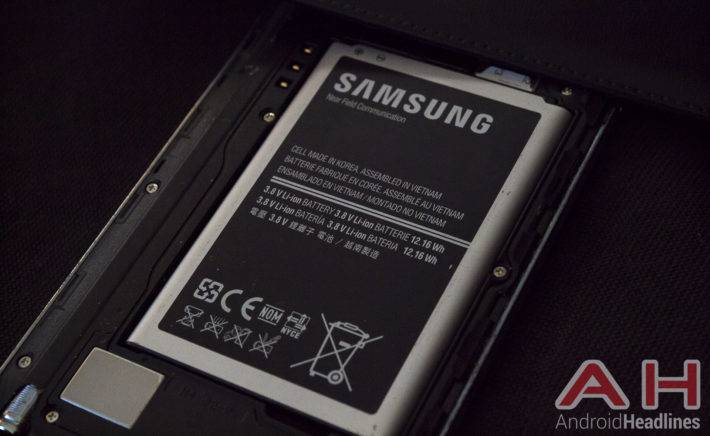 Samsung Electronics-made smartphones could feature solid-state batteries by 2019, with Samsung Group's battery-making division reportedly being close to manufacturing such units, local media reported on Friday. According to a quote attributed to an unnamed executive of Samsung SDI, the company's technology will reach the level necessary for producing solid-state batteries "in one to two years." The same source also said that LG Chem made similar advancements in recent times and may also be able to implement solid-state batteries into its devices in the coming years. Provided that their estimate is accurate, solid-state batteries may become viable for smartphone implementation by the time the Galaxy S10, Galaxy Note 10, LG G8, and LG V40 series are scheduled to hit the market.

The prospect of solid-state batteries is an attractive one for virtually all original equipment manufacturers (OEMs), with such units being essentially unable to explode in practice, though their manufacturing costs may put off many phone makers from utilizing them for years after they become viable for mass production. While the global smartphone market continues to grow, fierce competition cut into the bottom lines of numerous companies, with virtually all players in the industry operating at either thin profit margins or even at a loss. Due to that state of affairs, lithium-ion batteries are unlikely to be completely replaced by their safer counterparts for the foreseeable future, especially once their manufacturing costs drop, allowing OEMs to improve the sustainability of their operations. Once that period of novelty passes, the technology is believed to be adopted on a massive scale since solid-state batteries are theoretically easier to manufacture than their lithium-ion counterparts.

Solid-state batteries consist of solid electrolytes, making them extremely unlikely subjects of explosions such as those observed with the Galaxy Note 7 due to the fact that a battery's volatility usually depends on the flow of its liquid electrolytes, frequently causing issues when such electrolytes reach outside air or other substances. The emerging technology is expected to debut in smartphones before transitioning to other categories of electronics, including laptops and car systems, most industry watchers believe, adding that solid-state batteries likely won't be completely adopted by all battery-reliant industries until at least 2025.