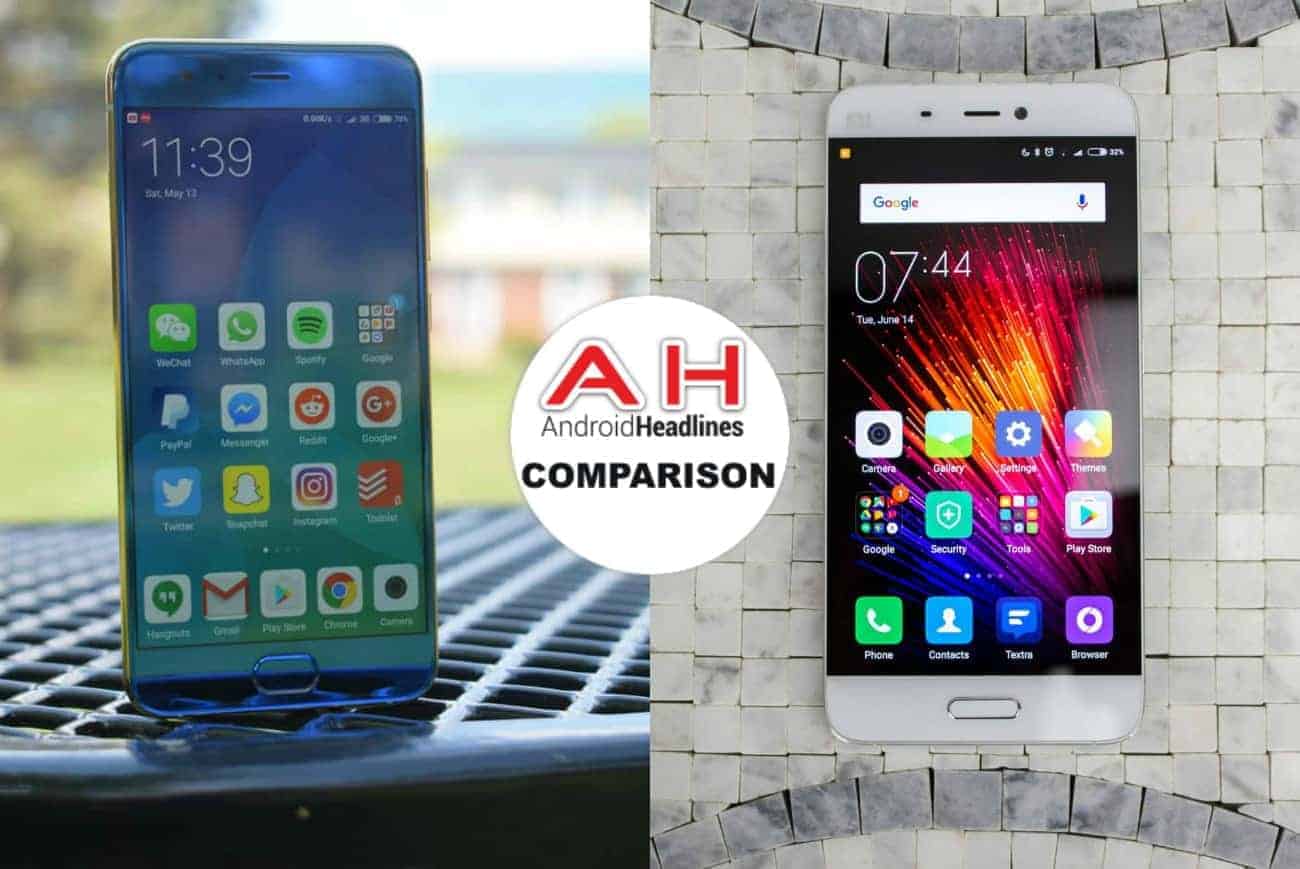 Chinese smartphone vendor, Xiaomi, launched its latest flagship smartphone earlier this year. Called the Mi 6, the device replaces the Mi 5 that was launched in February 2016, almost exactly a year and a half after the company had launched its fourth-generation flagship in the summer of 2014. The company also launched a Mi 5s late last year as a mid-cycle refresh to the Mi 5, but that device didn’t make it out of China, so for all intents and purposes, the Mi 5 remained the company’s flagship product globally until the launch of the Mi 6. In the meantime, the unusually-long gap between the Mi 4 and the Mi 5 had already hurt Xiaomi’s market share in China, something the company is still struggling to recover from. The Mi 5 did decent business last year, but was largely overshadowed by the OnePlus 3 and OnePlus 3T globally. As for the Chinese market, OPPO and Vivo are now ruling the roost, while Xiaomi, the erstwhile market leader, has been pushed out of the top five. That being the case, the Mi 6 and the upcoming Mi Note 3 are of critical importance to the company’s future. So is the Mi 6 a big enough improvement over the Mi 5 to warrant an upgrade? Let’s find out! 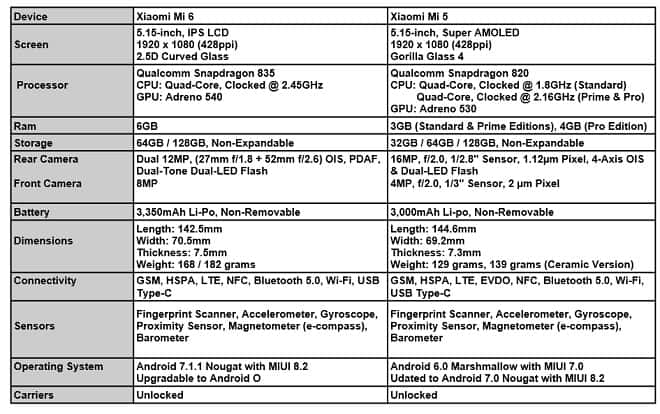 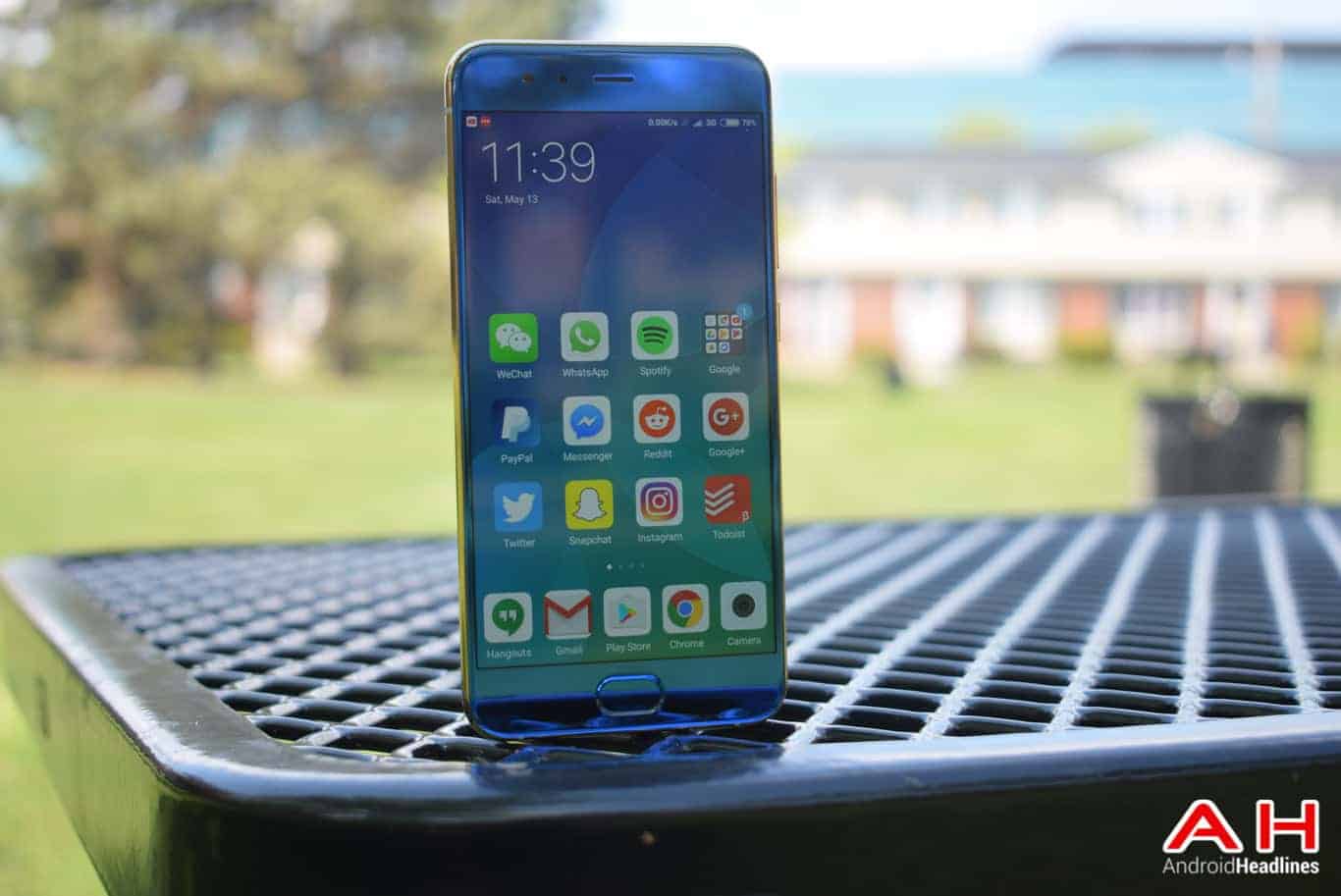 Xiaomi launched the Mi 6 earlier this year at an event in Beijing, China. The device follows the same design aesthetic as seen in the Mi 5, and comes with an all-glass build wrapped around a sturdy stainless steel frame. The device is splash resistant (although, not fully waterproof), and comes with a dual-camera setup at the back. The device has widely been praised for its design, the battery life and camera quality, and it’s not difficult to see why, once you use it for a period of time. On the back, the device has a 3D glass panel curved on all four sides, while on the front, it features a standard 2.5D curved glass display. Both panels are protected by Corning Gorilla Glass 5, which safeguards them from scratches and minor impacts. One the back, the twin cameras come with rounded metal rims on the standard version, while on the pricier Ceramic Edition, those are made out of 18-karat gold.

While design is definitely one of the highlights of the Xiaomi Mi 6, the device also comes with some really impressive hardware under the hood. It features a 5.15-inch IPS LCD capacitive touchscreen display with a resolution of 1920 x 1080 pixels, giving it a pixel density of 428 dpi. It’s powered by a Qualcomm Snapdragon 835 SoC – the exact same chip that powers other top-tier devices like the Samsung Galaxy S8, Sony Xperia XZ premium and HTC U11. The SoC comes with a 64-bit CPU with eight custom Kryo 280 cores, four of which are clocked at 2.45GHz and four others at 1.9GHz. There’s also an Adreno 540 GPU to take care of all the graphics processing needs. The device packs 6GB of RAM, and is offered in two different storage options – one with 64GB of internal storage, and another, with 128GB of built-in storage.

Coming to the part that has often been highlighted by Xiaomi as one of the major attractions of the Mi 6, the device, as mentioned earlier, ships with a dual-camera module on the back. While one of the two cameras has a wide-angle 12-megapixel Sony IMX386 sensor with 27mm focal length, f/1.8 aperture and 1.25µm pixels, the other one comes with a telephoto lens with 56mm focal length, f/2.6 aperture and 1µm pixels. The rest of the features of the Mi 6 are also along expected lines, with a long list of connectivity features that include dual-band Wi-Fi 802.11 a/b/g/n/ac, Wi-Fi Direct, DLNA and Bluetooth 5.0, while cellular connectivity includes support for GSM, HSPA, LTE, CDMA and EVDO technologies. The device also supports GPS with A-GPS and GLONASS, while an NFC chip ensures you can use it for Android Pay.

The Xiaomi Mi 6 also ships with a USB Type-C port for charging and data syncing, but like many of its peers, gets rid of the 3.5mm audio port. However, Xiaomi does include a 3.5mm analog adapter with the retail box, so you’ll still be able to hook up your Mi 6 with your older headphones and audio systems without having to buy the adapter separately. The Mi 6 carries a non-removable 3,350mAh battery and ships with Android 7.1.1 Nougat in the form of MIUI 8. The device measures 145.2mm in length, 70.5mm in width and 7.5mm in thickness. While the standard version weighs 168 grams, the ceramic version tilts the scales at 153 grams. 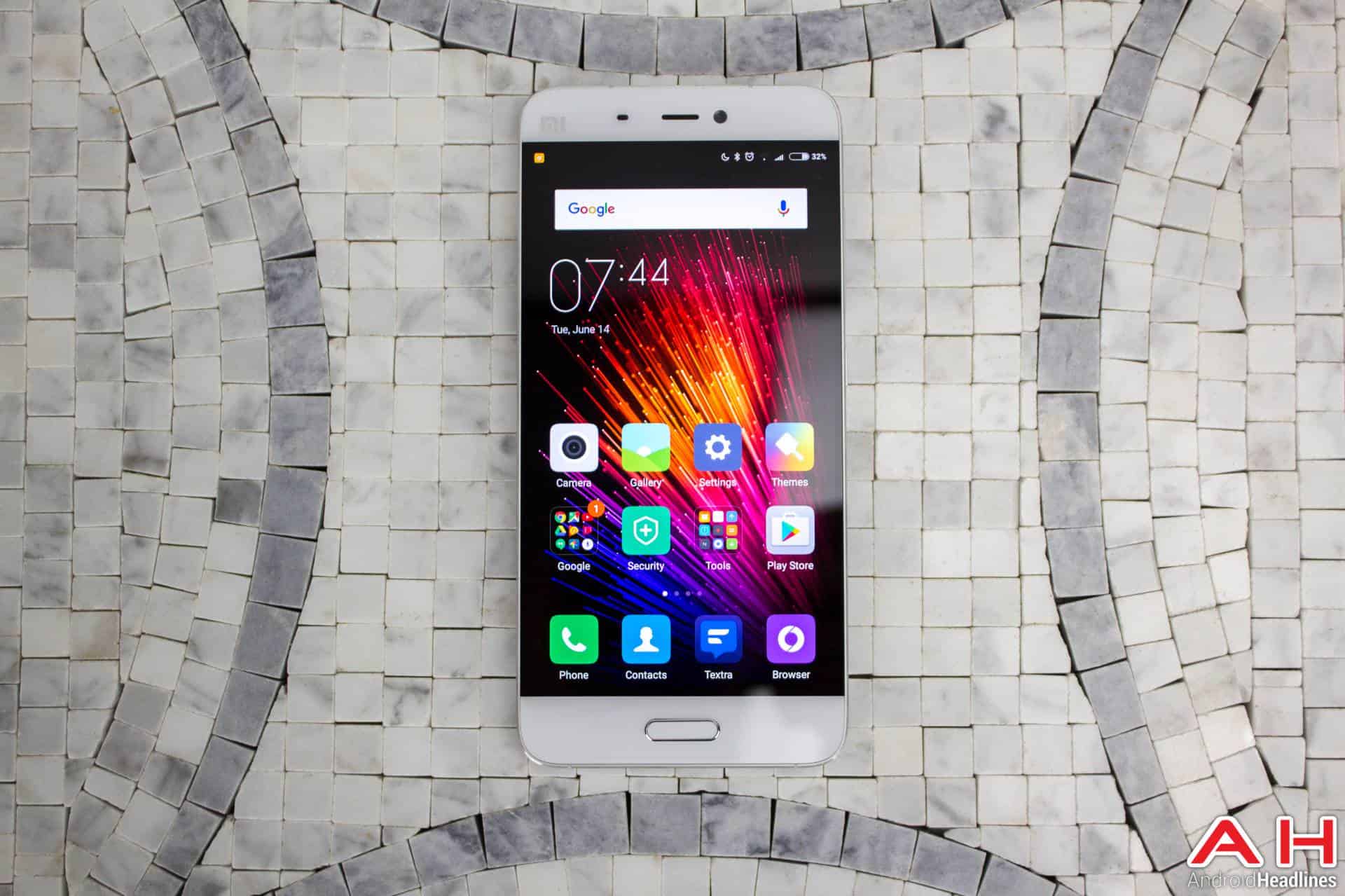 Xiaomi launched the Mi 5 exactly a year and a half after the launch of its predecessor, the Xiaomi Mi 4. Many theories abound as to why the company took that long to come up with a replacement for its aging 2014 flagship, but the company, with a large following of tech enthusiasts, likely didn’t want to risk bringing a Snapdragon 810-powered device to the market at a time when that particular chip was drawing a lot of flak from all quarters for its inefficient thermal management. Either way, when the Mi 5 did drop, it was worth the wait. Like its successor, the Mi 5 also came with a curved 3D glass panel on the back and a standard 2.5D display on the front. There’s also the trademark physical Home button nestled between the two illuminated capacitive keys.

In terms of what lies under the hood, the Xiaomi Mi 5 features a 5.15-inch IPS LCD 1080p display panel, and is powered by the Qualcomm Snapdragon 820 SoC. The chip comes with a quad-core CPU and an Adreno 530 GPU, but how the CPU cores are clocked depends on the variant. While 1.8GHz is the max speed offered by the Standard Edition, the Prime and Pro Editions feature the same chip clocked at much higher 2.16GHz, which makes it perform at par with many of the other flagships of similar vintage. RAM and storage also depend on the model, so while the Standard and Prime Editions both ship with 3GB of RAM, the former comes with 32GB of internal storage, while the latter offers twice as much space to store your apps, games and media. The top end model (Pro Edition), meanwhile, comes with 4GB of RAM and 128GB of storage, which is just as well, seeing as none of the versions offer expandable storage. There’s also a pricier ceramic-finish version available with either 64 or 128GB of storage space and 18-carat gold-plated camera trim.

The Mi 5 comes with a physical Home button with an integrated fingerprint scanner, while the list of sensors include an accelerometer, a gyroscope, a proximity sensor, a magnetometer (e-compass) and even a barometer for measuring atmospheric pressure. The global version of the smartphone is an unlocked, dual-SIM device with support for a wide range of connectivity options, including LTE, HSPA, GSM, EVDO and CDMA. The device also supports 802.11ac Wi-Fi, Bluetooth 4.2 LE, NFC, and GPS with A-GPS. The Mi 5 also comes with USB Type-C connectivity, but unlike its successor, it actually includes a 3.5mm audio port, so you’ll not need any adapter to use your older audio output devices with this handset. Like most other Xiaomi devices, the Mi 5 also comes with an IR Blaster that allows it to be used as a remote for televisions and set-top-boxes.

Imaging options on the Xiaomi Mi 6 include a 16-megapixel camera on the back with an f/2.0 aperture, 1/2.8″ sensor size and 1.12 µm pixels, accompanied by phase detection auto-focus (PDAF), 4-axis optical image stabilization and a dual-tone, dual-LED flash. It can shoot 4K videos at 30fps, 1080p videos at 60fps and 720p videos at 120fps. Software features include geo-tagging, touch focus, face and smile detection, HDR and panorama mode. As for the front-facing camera, it is a 4-megapixel unit with an f/2.0 aperture and a 1/3-inch pixel size, and can shoot 1080p videos at 30fps. The battery on the Xiaomi Mi 5 is a non-removable 3,000mAh Li-Po unit, and while the device originally shipped with Android 6.0 Marshmallow out-of-the-box, it has since received the Android 7.1 Nougat update. The Xiaomi Mi 5 measures 144.6mm in length, 69.2mm in width and 7.3mm in thickness, and while the regular versions weigh just 129 grams, the Ceramic Edition tips the scales at 139 grams. 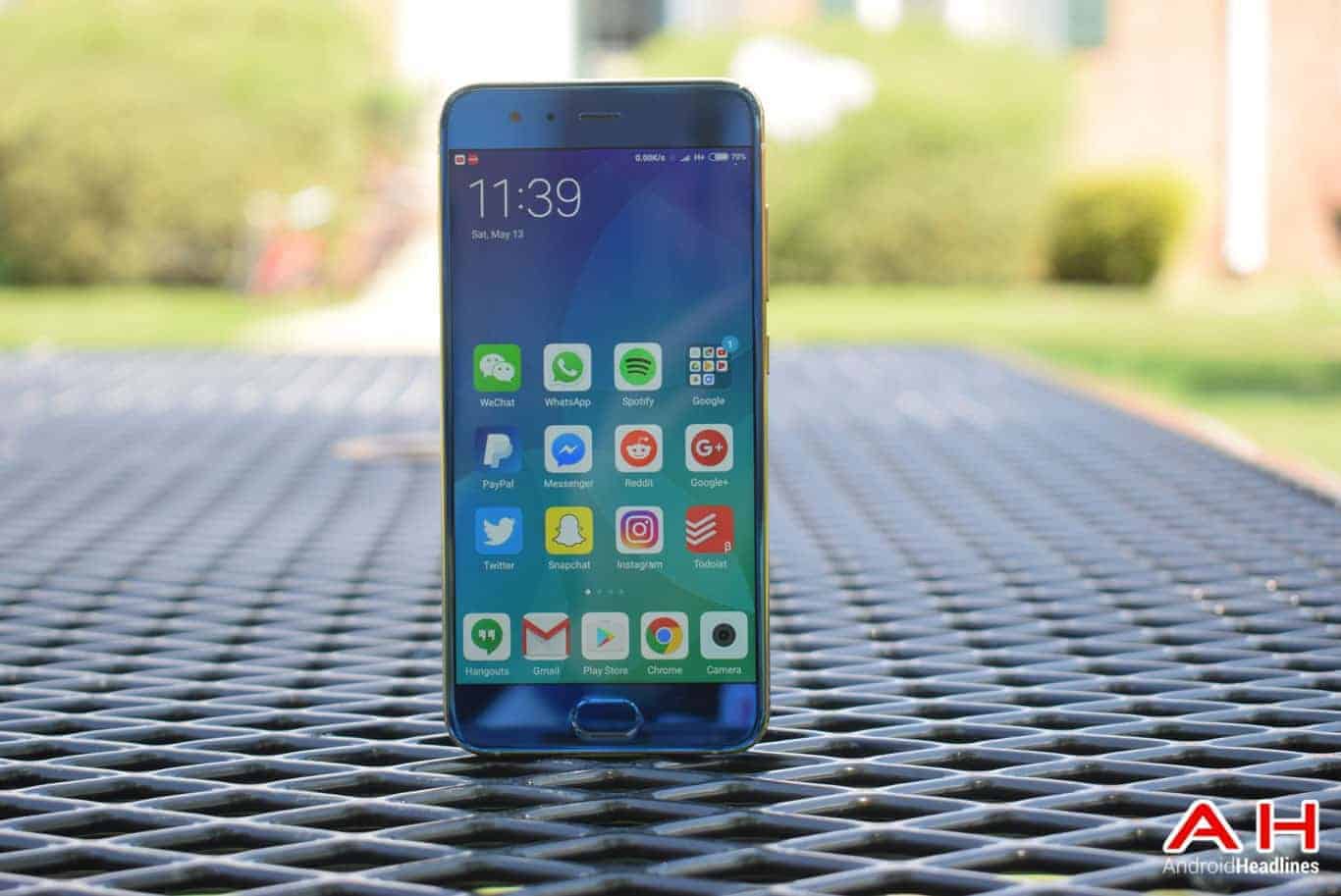 As expected, the Mi6 is a much more powerful device than the Mi 5, but it also comes with a sturdier frame and a more refined design than its predecessor. It even includes splash resistance, although, it’s disappointing to see Xiaomi still not adding full water-proofing to its flagship smartphone. As with other Xiaomi flagships before it, the Mi 6 fails to offer expandable storage, which is something Xiaomi keeps doing to upsell higher-end versions with more storage. The Mi 6 also gets rid of the 3.5mm audio port, and while that may be a problem for many, others, who’ve already switched to Bluetooth headsets and speakers, won’t mind the omission. The Mi 5 was a compelling device in 2016, but it is getting a bit long in the tooth now. The Mi 6 is a much more modern, elegant and refined device overall, and is an absolute bargain at the $360 Xiaomi’s asking for.