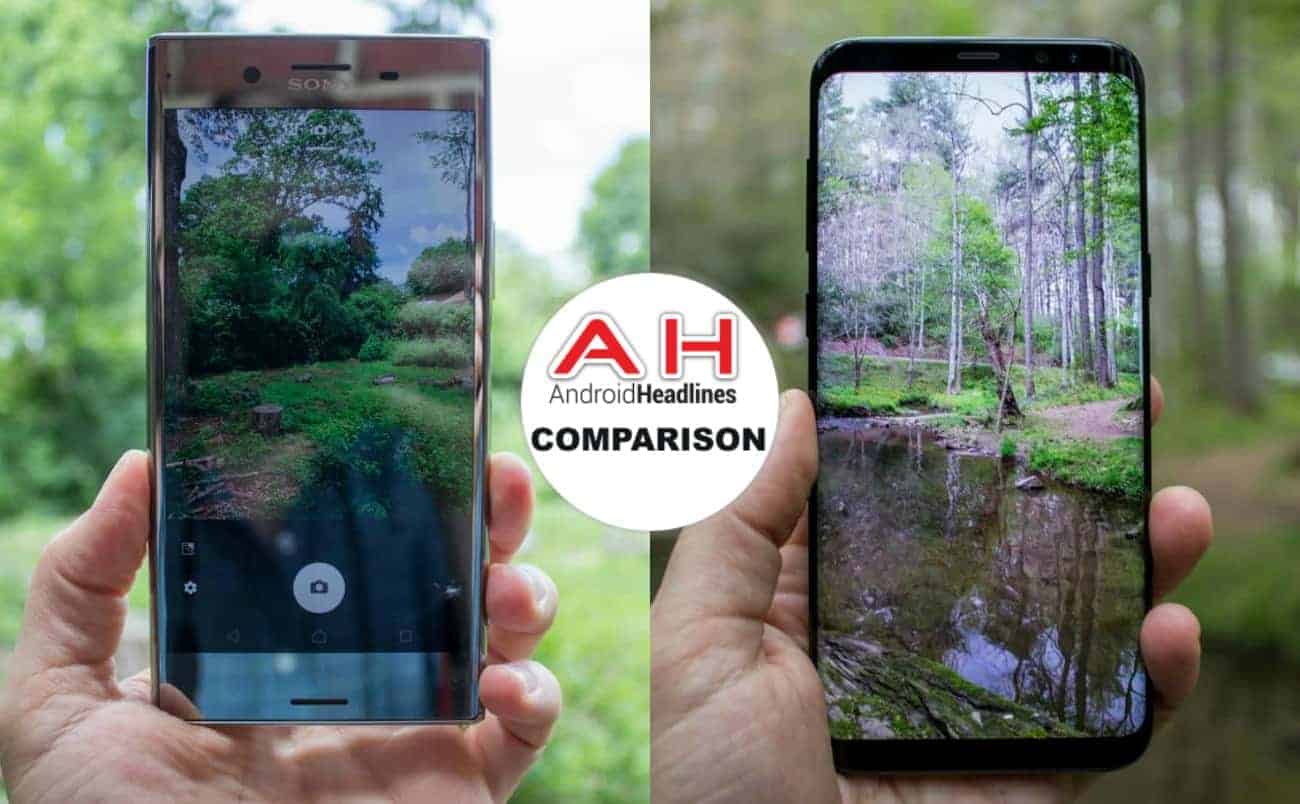 As Sony’s latest offering, the Xperia XZ Premium, goes on sale officially in the U.S., we compare it against the reigning king of the premium smartphone segment this year, Samsung’s all-conquering Galaxy S8, to see if the new Sony handset has what it takes to displace the popular Samsung device from the top. Can Sony finally take the fight to its Asian rival after years of trying unsuccessfully? After all, the Xperia XZ Premium is the device that won the title of the “Best New Smartphone at MWC 2017” at the GSM Alliance Awards earlier this year, so it is certainly something to watch out for, but can it really convince iPhone and Galaxy users to switch allegiance? Is the Japanese consumer electronics giant offering enough bang for the buck with the $799 price-tag on its all-new handset, especially considering that flagship devices from not just Samsung, but also other tier-1 vendors like LG and HTC cost significantly lower? There’s only one way to find out. 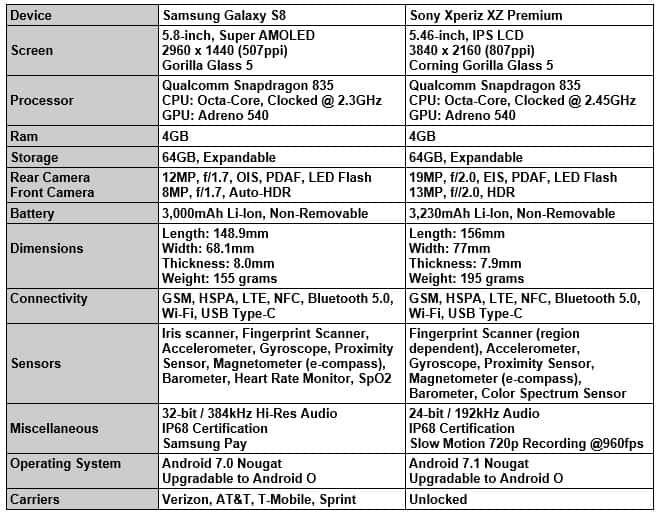 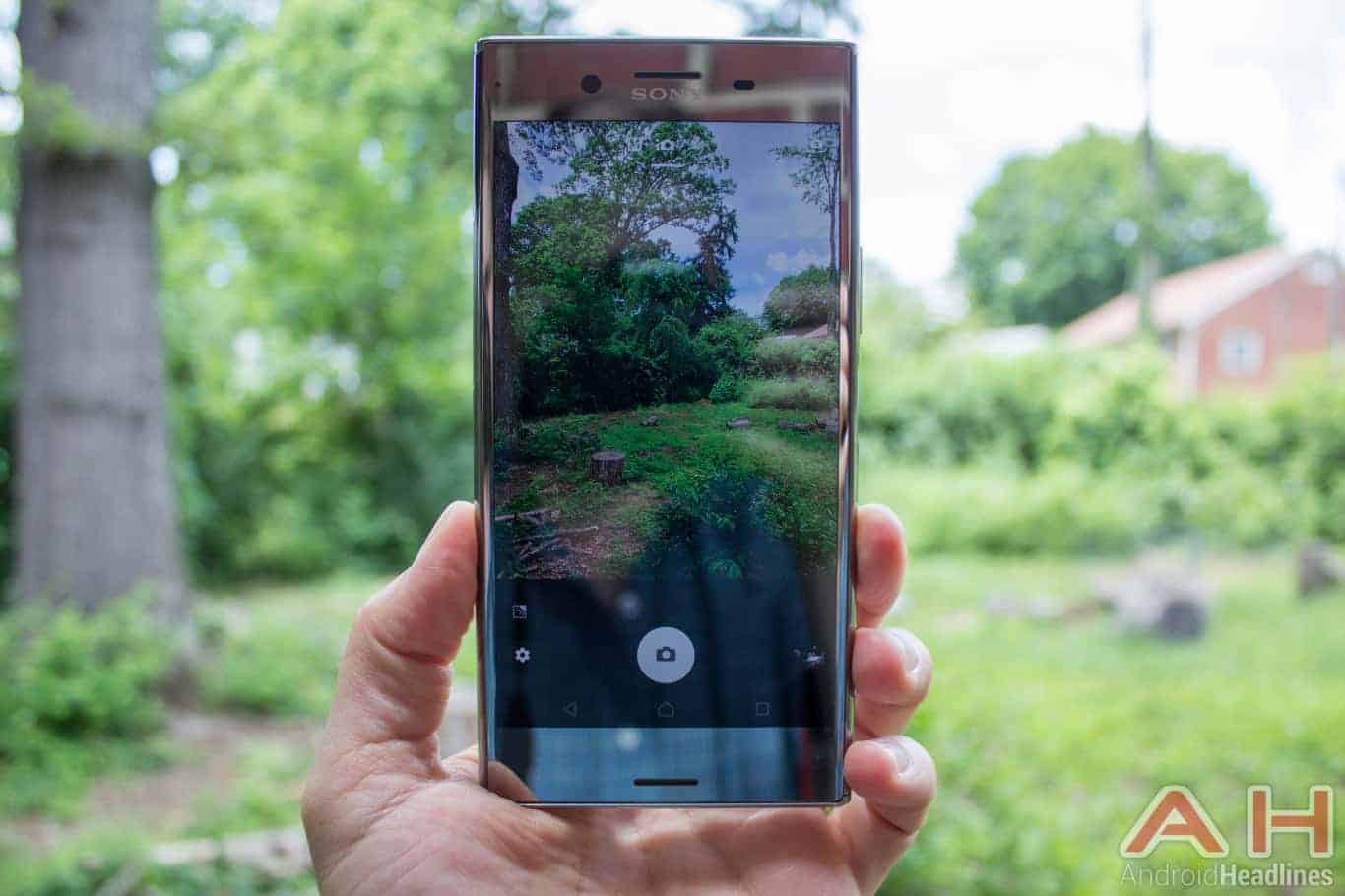 The Xperia XZ Premium is unquestionably one of the best-looking smartphones in the market today, and that’s saying something in a year when most manufacturers have stepped up their game considerably in terms of their design. The device also boasts of really some impressive hardware, on par with the very best on offer right now. It features an IPS LCD Triluminous display with 4K pixel resolution (3840 x 2160). That gives the 5.46-inch panel a massive pixel density of 807dpi, which is higher than any mainstream smartphone in the market today. Thankfully, the display is also scratch resistant, seeing as it is protected by Corning’s Gorilla Glass 5.

The rest of the hardware spec-sheet of the Xperia XZ Premium is also equally impressive, including the Snapdragon 835 chip that powers the device. The chip comes with eight custom Kryo 280 cores, four of which are clocked at 2.45GHz while the other four run at a maximum frequency of 2.19GHz. An integrated Adreno 540 GPU takes care of all the graphics processing needs. The device comes with 4GB of RAM and 64GB of internal storage that can be expanded by a microSD card of up to 256GB in capacity. Like most Sony flagships before it, the Xperia XZ Premium is also fully waterproof and dust resistant, and comes with an IP68 certification, meaning, it can be submerged in up to 1.5 meters of water for up to 30 minutes at a stretch.

In terms of optics, the Xperia XZ Premium bucks the dual rear-camera trend, and comes with a single 19-megapixel sensor with 5-axis electronic image stabilization (EIS), PDAF and laser autofocus along with the customary LED flash on the back. The camera has an f/2.0 aperture, a 25mm focal length and a 1/2.3″ sensor size, with software features that include geo-tagging, touch focus, face detection, HDR and panorama. The camera can record 4K videos at 30fps and 720p videos at an astonishing 960fps, although only for very short bursts (just about 0.15 seconds). The front facing camera is a 13-megapixel sensor that can record 1080p videos at 30fps and, comes with an f/2.0 aperture, a 22mm focal length, a 1/3-inch sensor size and 1.12µm pixel size.

As is to be expected from top-end smartphones, the Xperia XZ Premium also ships with a whole host of sensors including, an accelerometer, gyroscope, proximity sensor, barometer, magnetometer (e-compass) and color spectrum sensor. The device carries a non-removable 3,230mAh Li-ion battery with support for Qualcomm’s Quick Charge 3.0, while cellular connectivity includes support for 4G LTE, 3G HSPA and 2G GSM standards. The Xperia XZ Premium features USB Type-C connectivity, but also includes a 3.5mm audio port, something that’s going the way of the dinosaurs in modern-day smartphones. In terms of software, the device comes with pre-installed Android 7.1 Nougat and will very likely receive the Android O update going forward.

While all of that sounds well and good, there’s one very important point that simply needs to be noted if you’re thinking of buying the device in the U.S. Sony hasn’t been including fingerprint scanners in its newer devices in the country because of reasons the company is yet to explain fully, and this particular device isn’t an exception either. So in spite of a rather hefty price-tag of $799, the device doesn’t come with a standard biometric sensor that’s become de rigueur in most smartphones around the $100 price-point and above these days. Whether that becomes an obstacle towards the Xperia XZ Premium becoming a success remains to be seen, but the Japanese giant will do well to sort out this mess as soon as possible if it truly wants to give Samsung a run for their money going forward. 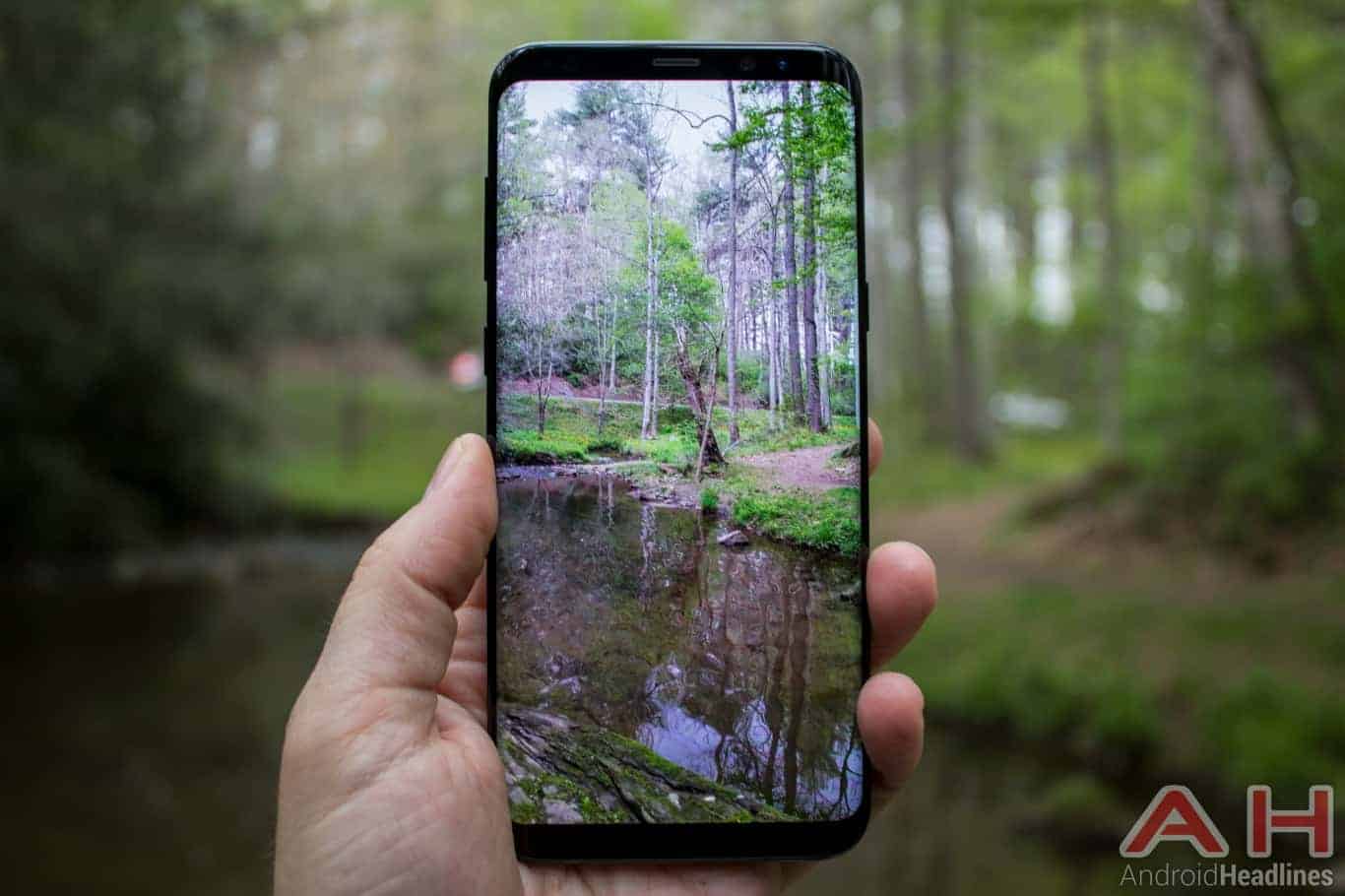 The Galaxy S8 has proven to be runaway hit globally for Samsung this year. The South Korean consumer electronics giant would have been hoping for some good news after the controversies and scandals that rocked the company in 2016, but it couldn’t possibly have hoped for the overwhelming response its latest smartphone received from the media and the public alike. The device is, quite simply, one of the most stunning looking gadgets ever, but it also offers some of the very best hardware money can buy right now. There’s really very little to say about the device that hasn’t already been said by somebody somewhere, and with over five million units of the Galaxy S8 and Galaxy S8 Plus sold in just the first month after their launch, chances are, they will become two of the best-selling smartphones of all time, although not if the likes of Apple, Sony, HTC and LG can have their say.

The Galaxy S8 comes with some really impressive hardware, but the first thing that strikes you when you take a look at it is how futuristic it looks compared to all its rivals in the market today. That’s because it is completely devoid of bezels on its sides, and even the top and bottom bezels have been trimmed down to a minimum. The trademark physical Home button has been done away with and the fingerprint scanner shunted to the back, right next to the camera housing. The capacitive hardware navigation buttons have also given way to on-screen software navigation keys, much like Google’s Pixel and Pixel XL. The only hardware that remain on the front are the earpiece, the front-facing camera, the notification LED and the proximity sensor, all of which lie on the ultra-thin top bezel, while the bottom bezel is devoid of any clutter whatsoever.

The Galaxy S8 features a 5.8-inch Super AMOLED ‘Infinity Display’ that comes with an aspect ratio of 18.5:9 and a pixel resolution of 2960 x 1440. Samsung also makes use of Corning Gorilla Glass 5 to protect the glass panels on the front and the back. While that remains constant for all Galaxy S8 units sold around the world, the device actually comes in two different variants in terms of what lies under its hood. While the U.S.-spec Galaxy S8 is powered by the Snapdragon 835 SoC from Qualcomm, the model sold in most regions around the world is powered by an Exynos 8895 SoC that’s designed and developed in-house by Samsung. The Qualcomm chip is exactly the same one used by Sony in the Xperia XZ Premium, although, the CPU cores are clocked slightly lower in this device with four of them running at 2.35Ghz and four others at 2.19 GHz. As for the Exynos chip, it comes with an integrated octa-core CPU with four cores clocked at 1.7GHz and four cores at 2.3GHz. The SoC also has a Mali-G71 MP20 GPU that takes care of all the graphics processing needs.

The Galaxy S8 packs 4GB of LPDDR4 RAM and has 64GB of built-in UFS 2.1 storage that can be expanded by a microSD card. Imaging options on the Galaxy S8 include a rear-facing Dual Pixel 12-megapixel sensor with an f/1.7 aperture, phase detection auto focus (PDAF), LED flash, auto HDR and optical image stabilization (OIS). On the front, there’s an 8-megapixel auto-focus sensor with a wide-angle lens that also employs the same f/1.7 aperture. The battery on the Galaxy S8 is a 3,000mAh unit with support for Quick Charge 3.0. Like the Xperia XZ Premium, the Galaxy S8 also comes with IP68 certification, denoting its resistance to water and dust. The device measures 148.9mm in length, 68.1mm in width and 8mm in thickness, while weighing in at 155 grams.

In terms of software, the Galaxy S8 comes with Android 7.0 Nougat out-of-the-box. The device is expected to receive Android O going forward, although, going by Samsung’s record, that might not happen this year. The South Korean tech giant also introduced its own AI personal assistant called ‘Bixby’ on the Galaxy S8 and Galaxy S8 Plus in a bid to take on Amazon Alexa and Google Assistant. Bixby can not only answer simple search queries, but you can actually use it to get detailed information about architectural landmarks just by pointing the phone’s camera at buildings and monuments in many cities around the world. The device also comes with the ‘Samsung Connect’ software that allows users to hook it up to other, connected Samsung devices. 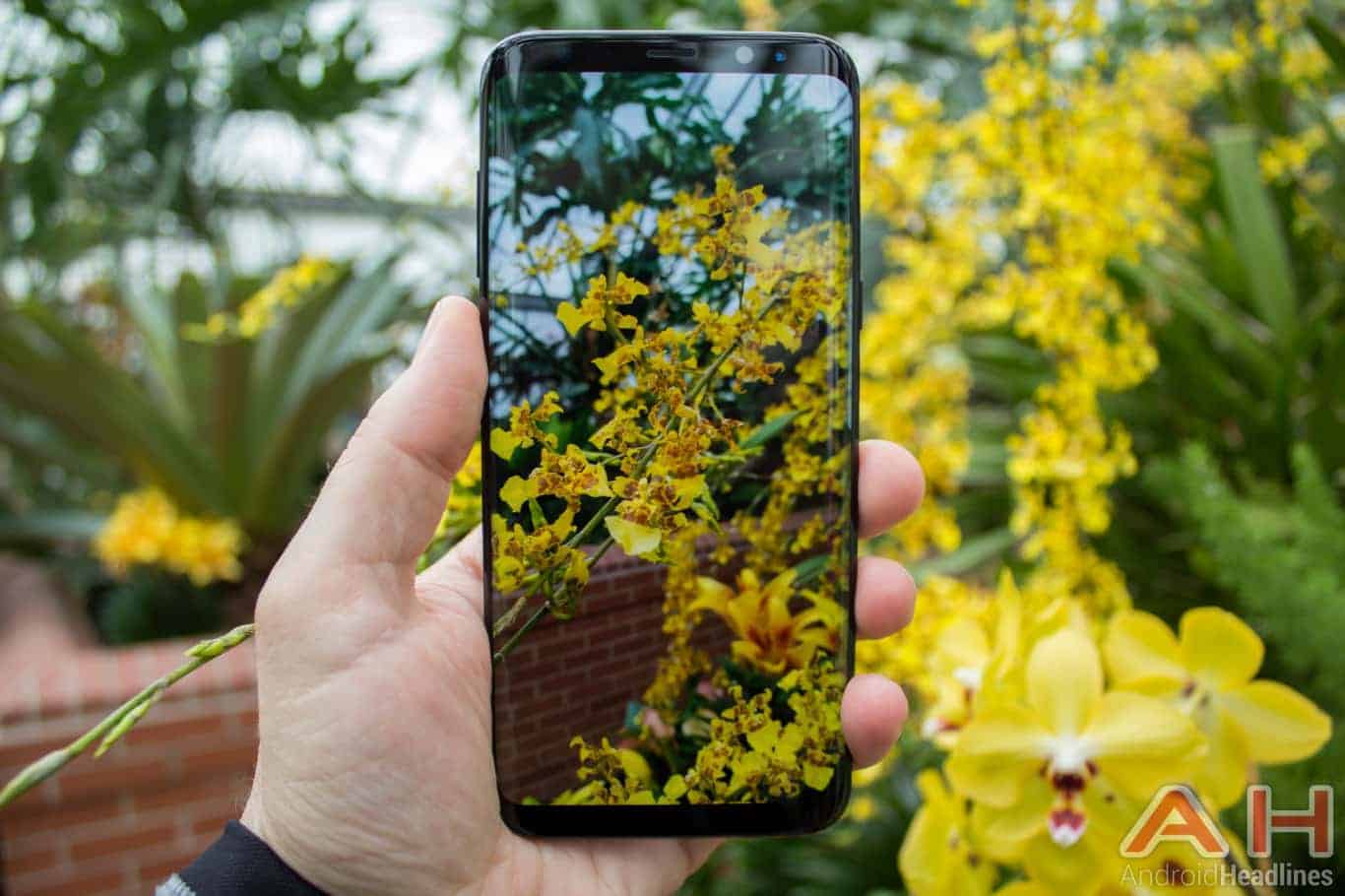 The Sony Xperia XZ Premium is an excellent all-round smartphone with a build quality that’s second to none. It packs the latest hardware, offers comprehensive protection from the elements and, comes with a striking, yet elegant design that’s unmistakably Sony. On paper, it’s got pretty much everything you’d want from a modern-day smartphone, so this should really be an interesting tussle between these two, at least in theory. However, in reality, it was difficult to ignore a couple of key issues while deciding the winner in this contest. First and foremost, there’s the curious case of the missing fingerprint scanner that admittedly, is an annoyance only for U.S. residents, but it still doesn’t auger well for Sony when it’s claiming to be the very best. Especially so in a critical market like the U.S. where other brands are including the fingerprint scanner in their handsets.

Secondly, there’s the question of price. At $799 unlocked, the Xperia XZ Premium takes its name way too seriously for its own good, and with a price that’s higher than pretty much everything else in the market today, the device would be a hard sell, with or without its full complement of biometric sensors. Make no mistake, the Xperia XZ premium is an extremely good smartphone in its own right and will certainly provide a good ownership experience. However, several other devices from tier-1 brands currently offer similar features at lower price-tags, which makes it somewhat difficult to recommend it right now. A $200 price correction and a reintroduced fingerprint scanner will go a long way towards the Sony Xperia XZ Premium becoming a recommended buy, but right now, all things considered, there are better options available in the market.