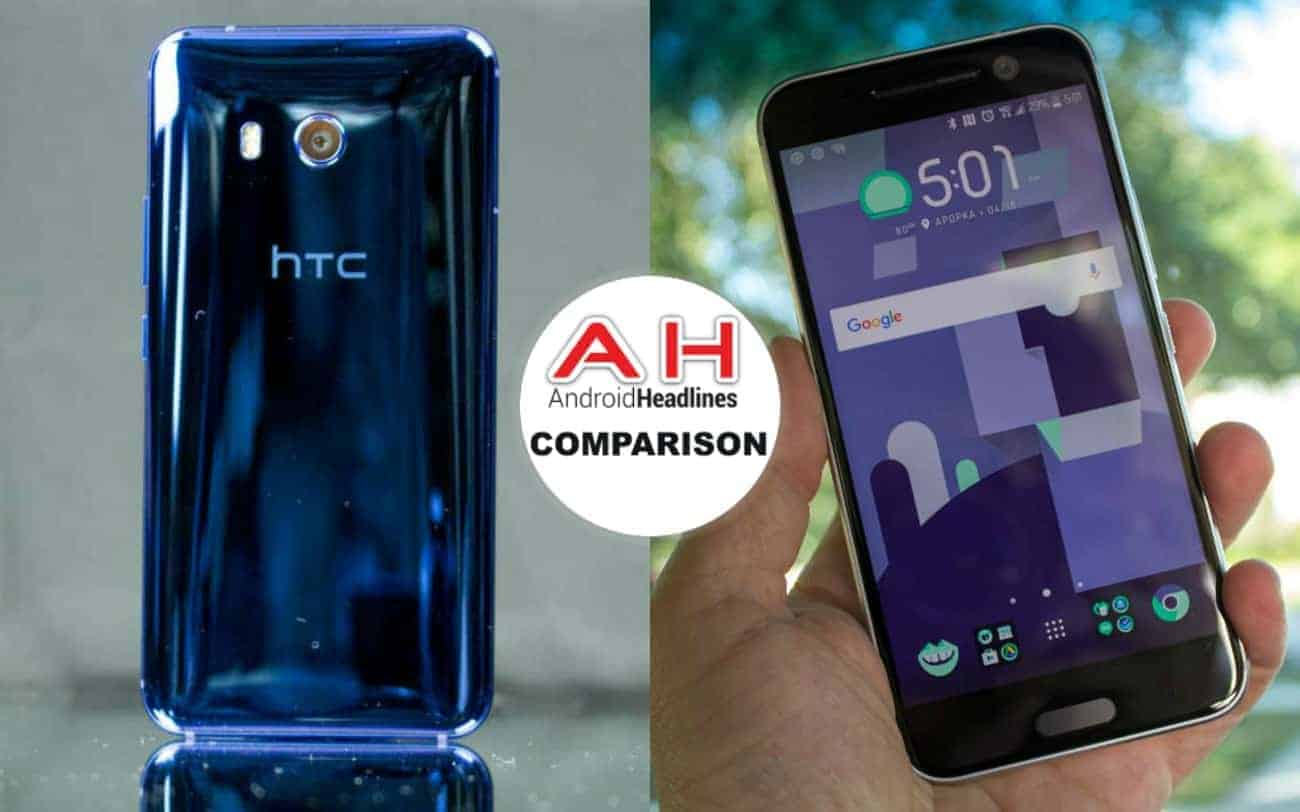 The HTC U11 is the latest flagship smartphone from the Taiwanese tech company, and today, just a day before its official launch in the U.S., we pit it against its predecessor, the HTC 10, to see if the differences between the two devices are enough to bring HTC back in the reckoning in the high-stakes premium smartphone market. While the HTC 10 was launched last year to mixed reviews in the media and a lukewarm response from consumers, its successor has already earned some positive feedback, so it will be interesting to see how the general public receives it in a market that’s currently dominated by Samsung with its universally appreciated Galaxy S8 and Galaxy S8 Plus.

As for HTC, the company’s financial woes have been well-documented in the media over the past couple of years, and with its smartphone market-share declining by the day, the company has been badly in need of a hit for some time now. Whether the HTC U11 is the solution the company has been searching for all this while is anybody’s guess, but it could potentially be a make-or-break device for the company. So how does it stack up against the smartphone it’s aiming to replace? Let’s find out. 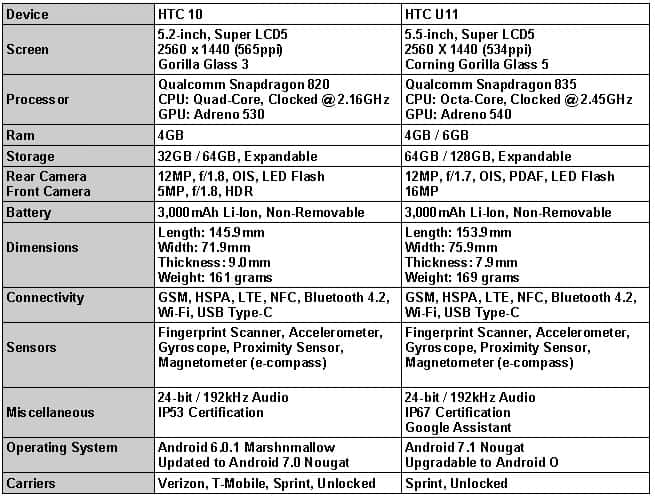 The HTC U11 comes with high-end hardware components and some really neat software features, but the first thing that hits you when you take a look at it is the so-called ‘Liquid Surface’ design that gives the latest HTC flagship a distinctive look. The device follows the design language of earlier HTC launches like the U Ultra and U Play that saw the company switch from a metallic exterior to glass panels on the back. Unlike its fellow Asian rivals Samsung and LG, HTC has stuck to a traditional 16:9 aspect ratio for the display panel on the U11, with the fingerprint scanner integrated into the physical Home button, as seen with earlier HTC handsets. What that means in essence, is that unlike the Galaxy S8, the HTC U11 is less of a revolution and more of an evolution in terms of its design, but that isn’t necessarily a bad thing.

In terms of hardware, the device features a 5.5-inch WQHD (2560 x 1440) Super LCD5 capacitive touchscreen display that’s protected by Corning’s Gorilla Glass 5. It is powered by the Qualcomm Snapdragon 835 SoC and ships with either 4GB of RAM and 64GB of internal storage, or 6GB of RAM and 128GB of internal storage depending on the variant. Both versions support microSD cards of up to 256GB in capacity. In terms of optics, the HTC U11 comes with a 12-megapixel primary camera with the company’s proprietary UltraPixel 3 and UltraSpeed Autofocus technologies. The camera has an f/1.7 aperture, a 1/2.55-inch sensor, phase detection autofocus (PDAF), optical image stabilization (OIS) and a dual tone LED flash. Software features include geo-tagging, touch focus, face detection, HDR and panorama. The camera can record 4K videos at 30fps and 1080p videos at up to 120fps. The front-facing selfie-cam on the HTC U11 is a 16-megapixel unit that can record 1080p videos at 30fps.

HTC’s latest premium smartphone comes with an USB Type-C port for charging and data syncing, but like many of its competitors, misses out on the 3.5mm audio port. The handset ships with a 3,000mAh Li-Ion battery with support for Quick Charge 3.0, while sensors include a front-mounted fingerprint scanner, accelerometer, gyroscope, proximity sensor and magnetometer (e-compass). The HTC U11 measures 153.9mm in length, 75.9mm in width and 7.9mm in thickness, while weighing in at 169 grams. The device is also waterproof and dust-resistant, as is evident from its IP67 certification.

While the hardware on the HTC U11 seems decent enough, the standout feature in the device has to be the much talked-about ‘Edge Sense’ that allows users to squeeze the sides of the device to interact with the phone. The device supports both long and short squeezes, and users can customize exactly what can be done with each squeeze. The company is expected to enhance the functionality of the feature even further in the coming days by pushing through an update that will enable users to assign different functions to each squeeze, depending on the app they’re in. What’s more, Edge Sense won’t really need any developer support for compatibility with 3rd-party apps, so just about all current apps will be compatible with the feature by default.

The HTC 10 was launched last year as a successor to the HTC One M9 after the company decided to change the naming convention for its flagship smartphones and dropped the ‘One M’ from the name of its 2016 flagship. The company would have been hoping that the change in the name would also bring about a change in its fortunes and bring its smartphone business back to profitability, but that, unfortunately, didn’t happen. The HTC 10 a solid device in its own right, but it failed to shine through a glut of top-tier smartphones with similar hardware components and software features. The device never quite brought the glory days back to HTC with sales failing to match up with some of its more celebrated rivals, such as the Galaxy S7 Edge and the iPhone 7 Plus.

Of course, HTC’s inability to strike distribution deals with major U.S. carriers like AT&T didn’t help either, nor did the company’s persistent refusal to take on the Samsungs and the Apples with aggressive pricing do anything to establish the device as a compelling alternative for those seeking to stand out from a sea of iPhones and Galaxys. However, as mentioned already, it is still a pretty good smartphone all things considered, so let’s dive right in and take a closer look at what HTC offered as part of its premium smartphone last year.

The HTC 10 was an upgrade on the HTC One M9 that was launched back in 2015. The device features a 5.2-inch Super LCD5 capacitive touchscreen that comes with a WQHD resolution of 2560 x 1440 pixels. The device is powered by a Snapdragon 820 MSM8996 chip with the Adreno 530 GPU and an integrated quad-core CPU clocked at a maximum of 2.16GHz. The HTC 10 shipped in two different storage options. While the base version comes with 32GB of internal storage, the more premium model has 64GB of internal storage. Both models offer 4GB of RAM. The device has a non-removable 3,000mAh Li-Ion battery and, originally shipped with Android 6.0.1 Marshmallow out-of-the-box, although, it has since received its Android Nougat update.

Optics on the HTC 10 include a 12-megapixel ‘Ultrapixel’ camera with an f/1.8 aperture, a 26mm focal length, 1/2.3” sensor size, 1.55µm pixel size, optical image stabilization (OIS), laser autofocus and a dual-tone LED flash. It can record 4K videos at 30fps and 720p videos at 120fps. The front-facing selfie-cam on the device is a 5-megapixel sensor with a similar f/1.8 aperture, a 23mm focal length, 1.34 µm pixel size and optical image stabilization (OIS). It can also record 1080p videos at 30fps. Connectivity options on the handset include LTE, HSPA, GSM, dual-band Wi-Fi 802.11 a/b/g/n/ac, Wi-Fi Direct, DLNA and Bluetooth 4.2, while sensors include a front-mounted fingerprint scanner, an accelerometer, gyroscope, proximity sensor and magnetometer (e-compass). The device measures 145.9mm in length, 71.9mm in width and 9mm in thickness while weighing in at 161 grams. 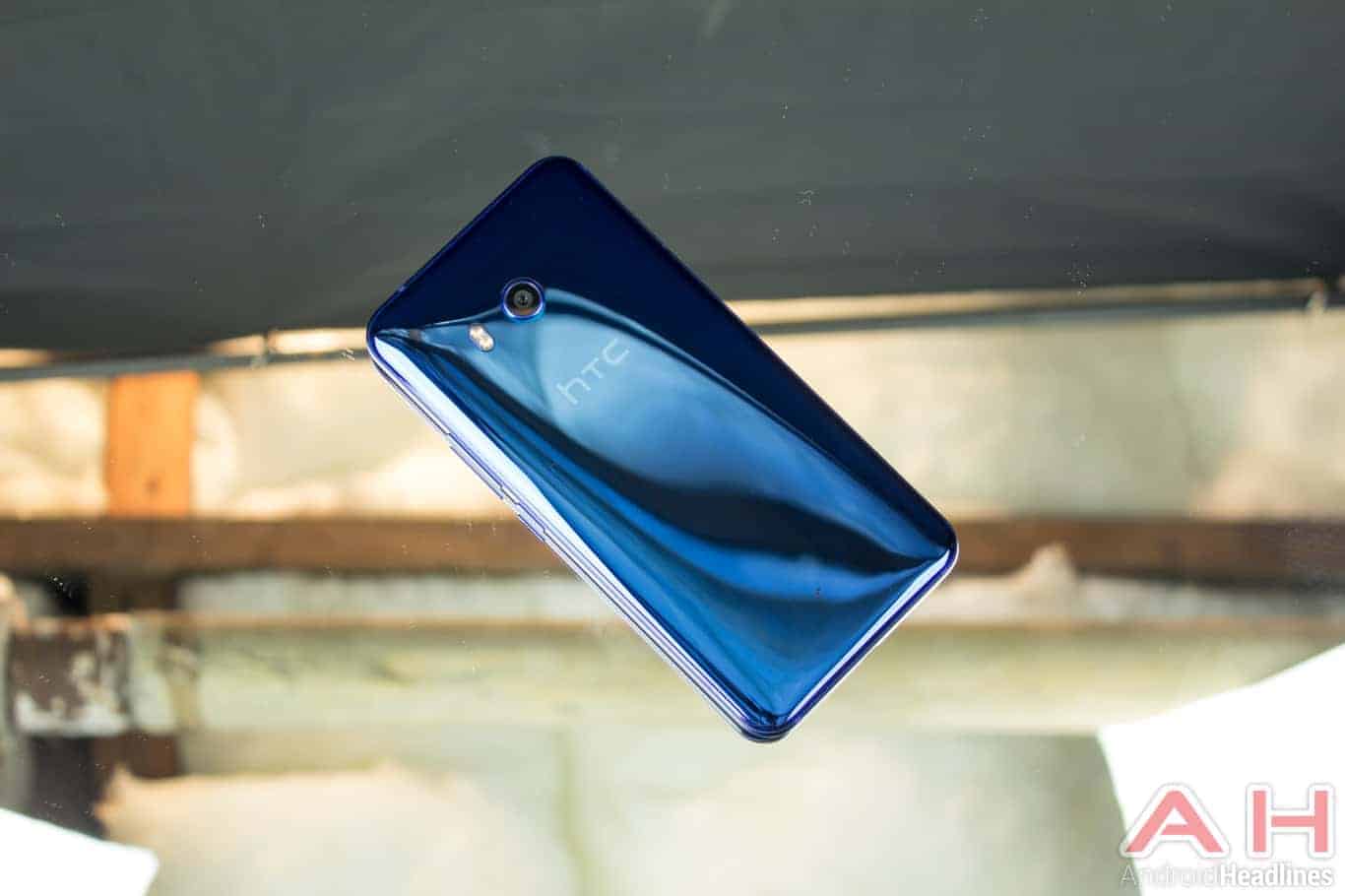 This wasn’t really a tough call to be perfectly honest, but then again, it wasn’t meant to be. This head-to-head was an attempt to see if HTC has leared from its previous mistakes and done enough to warrant a serious consideration from smartphone buyers generally unwilling to look beyond Samsung and Apple for the most part. And while the jury is still out on the HTC U11, at first glance, it does look as if HTC’s latest flagship is a decent enough device that ticks all the right boxes, although, it remains to be seen whether that will be enough to convince mainstream smartphone buyers to tread off the beaten path and pick up an HTC instead of an iPhone or a Galaxy.