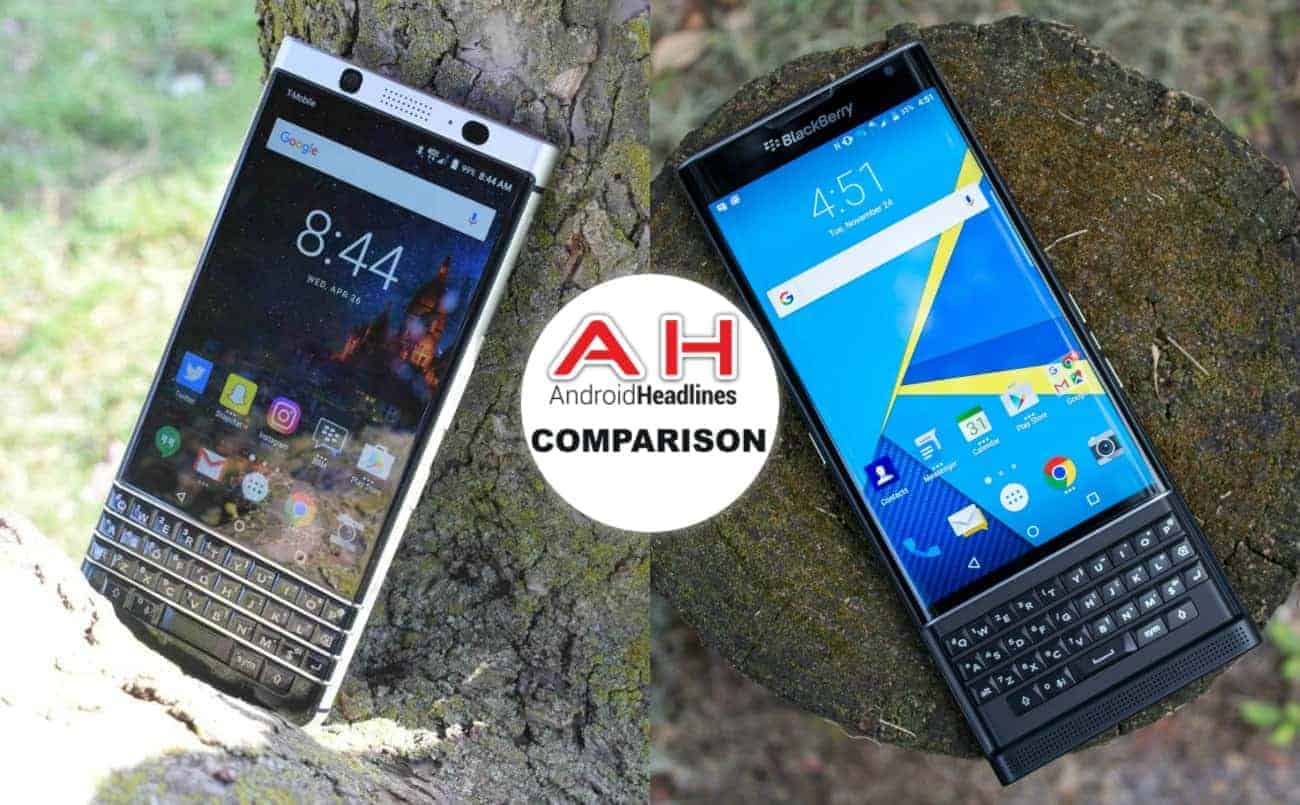 With recent reports suggesting that BlackBerry KEYone pre-orders have hit record highs in Canada, let’s take a closer look at the device and compare it with its spiritual predecessor – the BlackBerry PRIV – the device that heralded the Android era at BlackBerry back in 2015, but failed to make much of an impact in the premium segment dominated almost entirely by Apple and Samsung. The subsequent BlackBerry releases – the DTEK50 and the DTEK60 – didn’t fare any better either, but the KEYone seems to be bucking the trend if early indications are anything to go by. So what is it that is reportedly making people flock to the KEYone while having largely ignored the PRIV last year? While the relatively lower price-tag is very likely one of the factors that has made this particular device a bit more accessible to consumers, traditional BlackBerry users have never really been known to be penny-pinchers, so it is certainly intriguing as to why this device is off to such a great start while the response to the PRIV was largely lukewarm.

While the PRIV was BlackBerry’s flagship device back in 2015, the KEYone is actually a mid-ranger in terms of its hardware. However, while the pricing for the KEYone starts at $549 in the U.S., the PRIV can be bought for about half that price these days, having been launched at $699 a year and a half ago. It is important to note here that the PRIV is no longer being sold on BlackBerry’s official online store in the U.S., but is available at several third-party retailers, like Amazon, Newegg, B&H, Walmart and BestBuy. So with a ~$250 difference between the KEYone and the PRIV, it is but natural to wonder if all that extra money for the former is really worth it. Both have their own pros and cons, so which one is actually the better buy? Let’s find out! 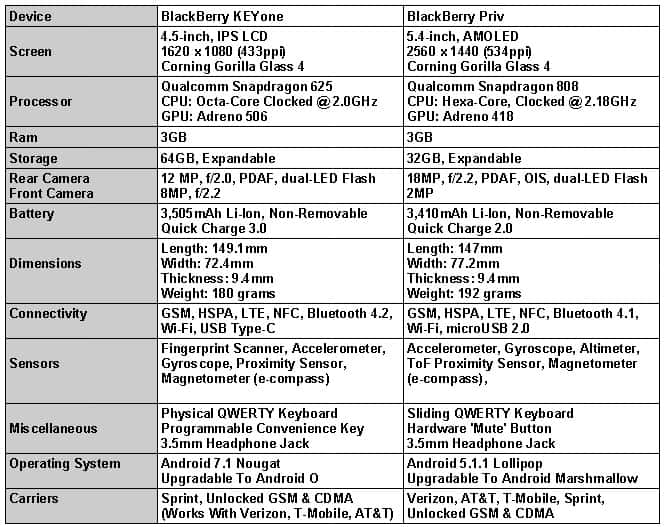 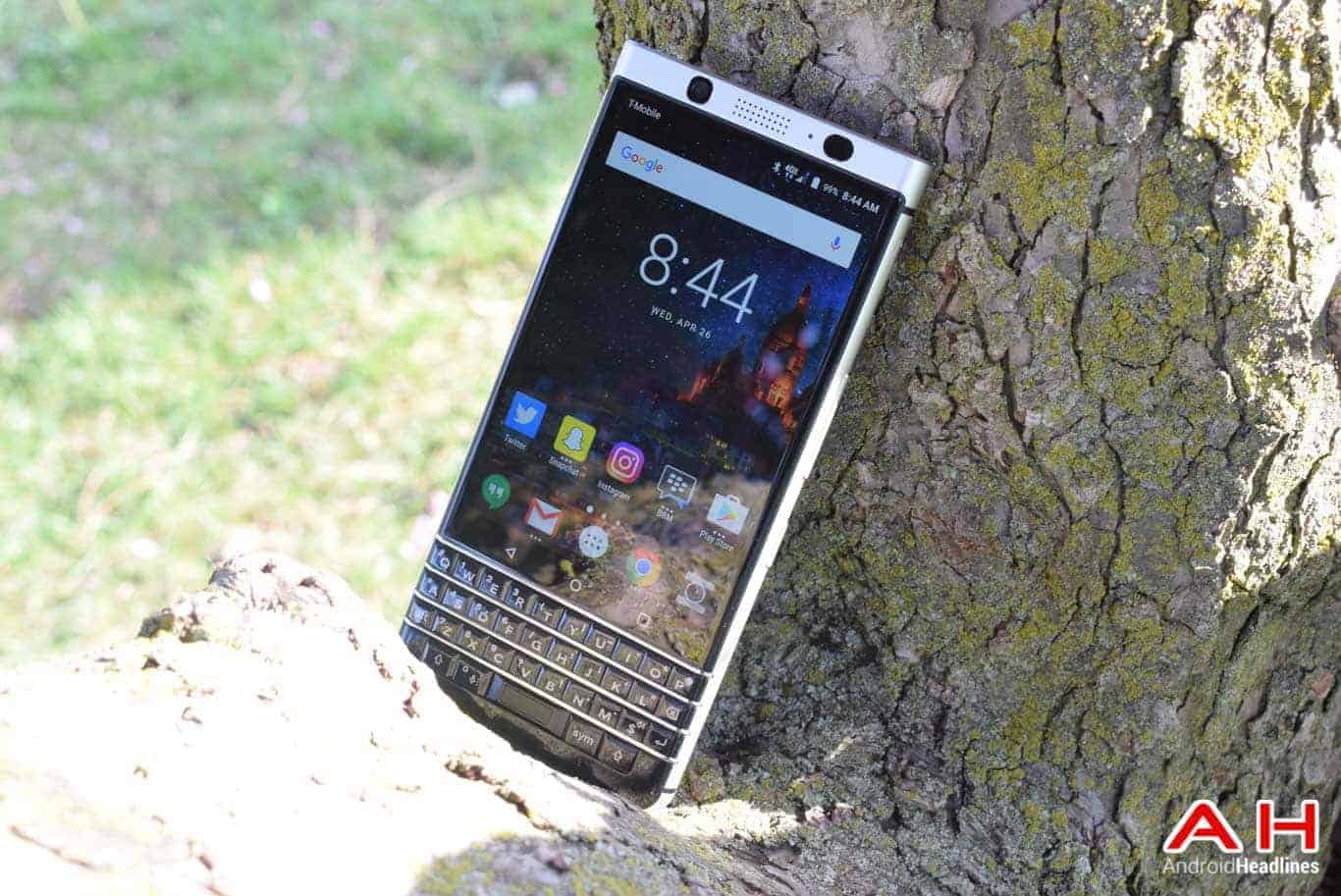 There was a time in the not-too-distant past, when owning a BlackBerry device was the ultimate status symbol. However, all that changed with the introduction of the iPhone in 2007 and the subsequent emergence of Android, which eventually led to the mass adoption of smartphones by consumers worldwide. As with Nokia, BlackBerry also kept trying to swim against the tide and kept clinging on to its in-house software without paying attention to ground realities. However, piling losses and shrinking market shares forced both erstwhile smartphone majors to jump on the Android bandwagon, but neither are designing or developing their own models anymore. While HMD Global is manufacturing Nokia-branded devices under license from the Finnish telecom giant, TCL has been entrusted to do the same by the Canadian tech firm, and if the BlackBerry KEYone is anything to go by, the Chinese firm is definitely making a move in the right direction.

The KEYone may not be a tier-1 flagship in the strictest sense of the term, but it does have a high-end feel to it both in terms of its hardware and design. It comes with an all-metal construction with curved edges on all four sides and a soft-touch rubberized back for better grip. On the front, it has the much-vaunted physical keyboard on the bottom, and a 4.5-inch IPS LCD display on top. The panel comes with a resolution of 1620 x 1080 pixels, thanks to its slightly odd 3:2 aspect ratio to accommodate the physical keypad. The device is powered by the Qualcomm Snapdragon 625 SoC that comes with an integrated 64-bit octa-core CPU clocked at 2GHz along with the Adreno 506 GPU. The KEYone ships with 3GB of LPDDR4 RAM and 32GB of built-in storage that’s expandable via a microSD card of up to 256GB in capacity.

Optics on the device includes the same 12-megapixel rear-facing camera found on the Google Pixel and Pixel XL, although, there’s no laser auto-focus in this particular device unlike the two Google smartphones. As far as the front-facing camera is concerned, there’s an 8-megapixel sensor that works as advertised for selfies and video chats. The KEYone ships with Android 7.1 Nougat out-of-the-box, and carries a 3,505mAh battery with support for Qualcomm’s Quick Charge 3.0. As with the DTEK50 and the DTEK60, the KEYone also comes with a customizable ‘Convenience Key’ on the right side, just below the volume rocker. Another interesting aspect of the phone is its fingerprint scanner that comes embedded in the space bar of the physical keypad. 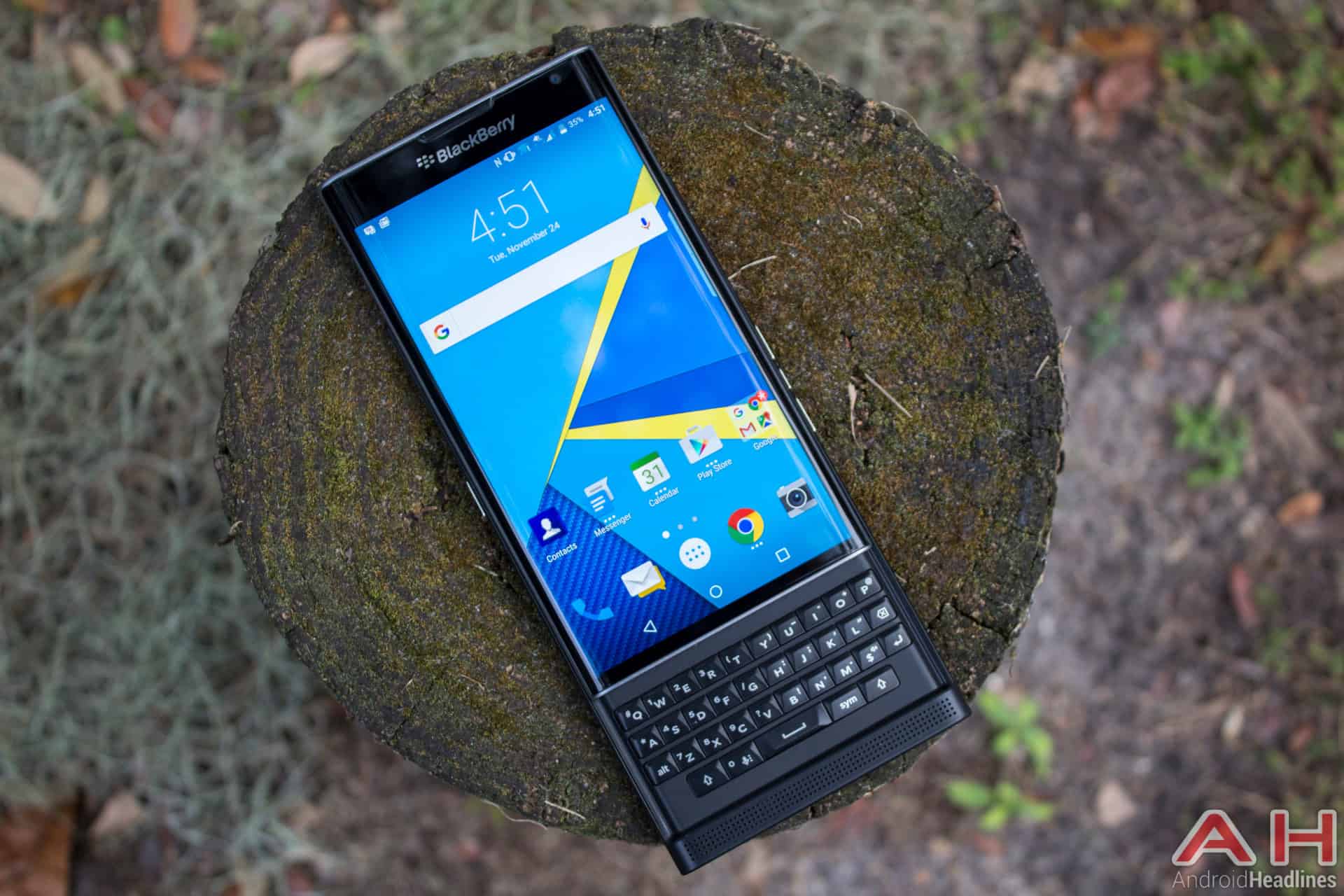 This was the device BlackBerry introduced a year and a half ago when it finally joined the Android bandwagon after giving up the ghost with its BlackBerry OS, which never really got much love from the developer community. While in theory the BlackBerry PRIV had everything BlackBerry aficionados were thought to be looking for – a physical QWERTY keyboard and virtually unlimited apps thanks to the Google Play Store, in reality, that turned out not to be the case. While many BlackBerry loyalists were concerned about the perceived lack of security on Android, others were upset about the high price-tag. The device was launched in the U.S. at $699, which was even higher than the iPhone 6S that had just launched weeks earlier with a $650 price-tag.

The device itself, though, came with some decent hardware. The phone features a 5.4-inch AMOLED capacitive touchscreen with a display resolution of 2560 x 1440 pixels (540dpi). The screen has curved edges on the sides and, is protected by Corning Gorilla Glass 4. A Snapdragon 808 powers the BlackBerry PRIV with its hexa-core CPU and Adreno 418 GPU. The device packs 3GB of RAM and 32GB of internal storage that can be expanded via a microSD card. Optics include an 18-megapixel rear-facing camera with an f/2.2 aperture and a 1/2.4’ sensor size, Schneider-Kreuznach optics, optical image stabilization (OIS), phase detection autofocus (PDAF) and dual-LED (dual tone) flash. It can record 2160p videos at 30fps and 1080p videos at up to 60fps. The front-facing camera, however, is a measly 2-megapixel sensor that is only capable of recording up to 720p videos.

Sensors on the device include an accelerometer, an altimeter, a gyroscope, a ToF proximity sensor and a magnetometer (e-compass). The device carries a 3,410mAh battery and was originally launched with Android 5.1.1 Lollipop out-of-the-box, although, it has since received its Android 6.0 Marshmallow update. The BlackBerry PRIV, like all its predecessors, comes with BBM pre-loaded, and also has a hardware ‘Mute’ button that sits between the two volume buttons on the right. The device measures 147mm in length, 77.2mm in width and 9.4mm in thickness, while weighing in at 192 grams.

Finally, all discussions about the PRIV remain incomplete without any talk about its sliding QWERTY keyboard. While the company tried to give its users the best of both worlds by incorporating a physical keyboard into the PRIV without reducing the screen real-estate, many weren’t too impressed by the way it was implemented, calling it haphazard and half-baked. However, the software that drives it comes with some really useful features. You can hold down a key and the PRIV will suggest apps and contacts starting with that letter. For example, holding down the letter ‘C’ will bring up apps like Clock and Calculator, and people such as Chris and Caroline. The keyboard also provides swipe areas across the keys and custom keyboard shortcuts for the most commonly used words. You can also use the trackpad features of the keyboard to scroll up and down long webpages. 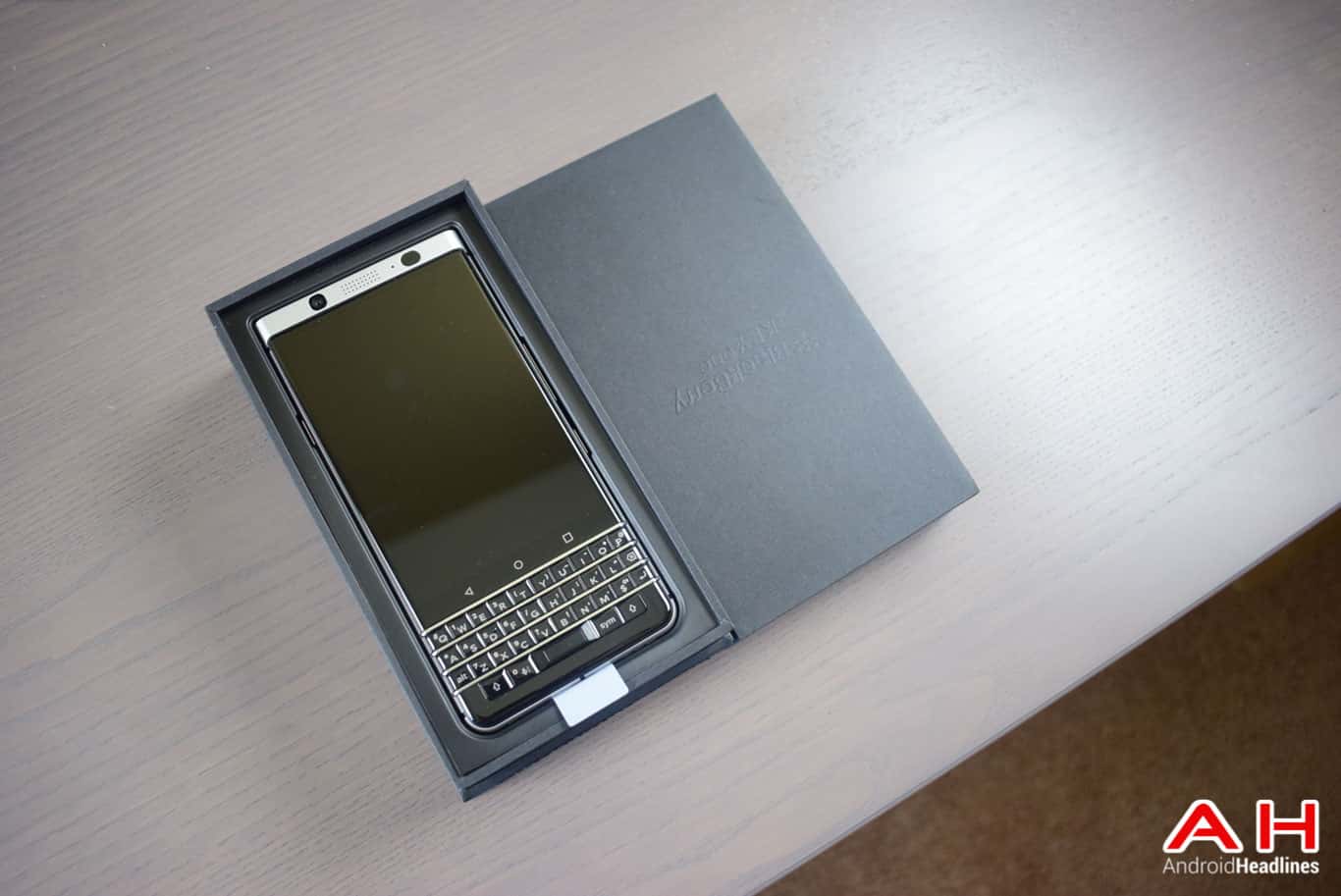 Trying to decide a winner between two smartphones is always pretty difficult, but if ever there was an easy one, this was it. In our review of the KEYone, we unequivocally called it BlackBerry’s “greatest smartphone ever,” so it was never really going to be a close fight between these two, but then again, it was never meant to be. The only reason we decided to pit them against one another was to see if BlackBerry and TCL learned anything from the failure of the PRIV and implemented the changes that the BlackBerry faithful were clamoring for. Turns out, they did. The KEYone is not just the better of the two BlackBerry devices in today’s comparison, but it is by far the best BlackBerry with Android ever made, and a must-buy for anybody looking for a smartphone with a physical QWERTY keypad.