OnePlus Chief Executive Officer Pete Lau recently took to Chinese social media platform Weibo to assure consumers that the OnePlus 5 will be “easy” to purchase once it launches. The top executive of the BBK Electronics-owned company gave that assessment in response to one user who implied that the firm’s upcoming flagship will be difficult to obtain once it launches, which has been the case with several flagships that OnePlus released to date. In a comment that has seemingly been deleted as of this writing but can be seen below, Lau said that purchasing the OnePlus 5 will be a relatively straightforward matter, implying that he doesn’t expect any shortages or delays.

Concerns about the availability of the OnePlus 5 stem from several directions; the Shenzhen, Guangdong-based original equipment manufacturer (OEM) has a history of struggling to meet demand for its products and that issue only became more pronounced over the years, with the OnePlus 3T being out of stock for weeks shortly after it launched in late 2016. The company’s decision to equip the handset with the Snapdragon 835 also isn’t reassuring in this regard as Qualcomm’s latest system-on-chip (SoC) is still in extremely short supply and that situation is only expected to improve in late summer, according to some industry watchers. While it remains to be seen whether OnePlus finally manages to address its previous supply issues with the OnePlus 5, it’s possible that the company’s rumored decision to increase the price tag of its latest Android flagship was directly prompted by the historical demand for its products, in addition to the general desire for seeing higher profit margins and a more sustainable business model.

The OnePlus 5 is expected to start at around $500, with the base model sporting 6GB of RAM and 64GB of internal flash memory, while the more premium variant of the handset is reportedly set to ship with 8GB of RAM and 128GB of storage space. The latter is thought to come with a price tag of approximately $600, significantly more than the $439 that the OnePlus 3T was going for. The OnePlus 5 will be officially announced on June 20 and should go on sale by the end of the month. 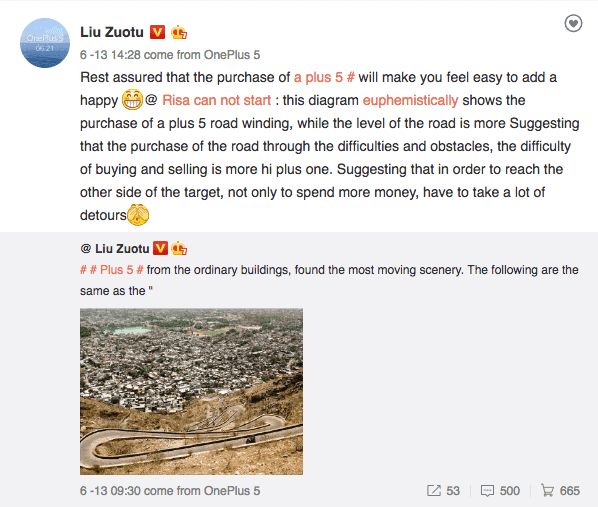