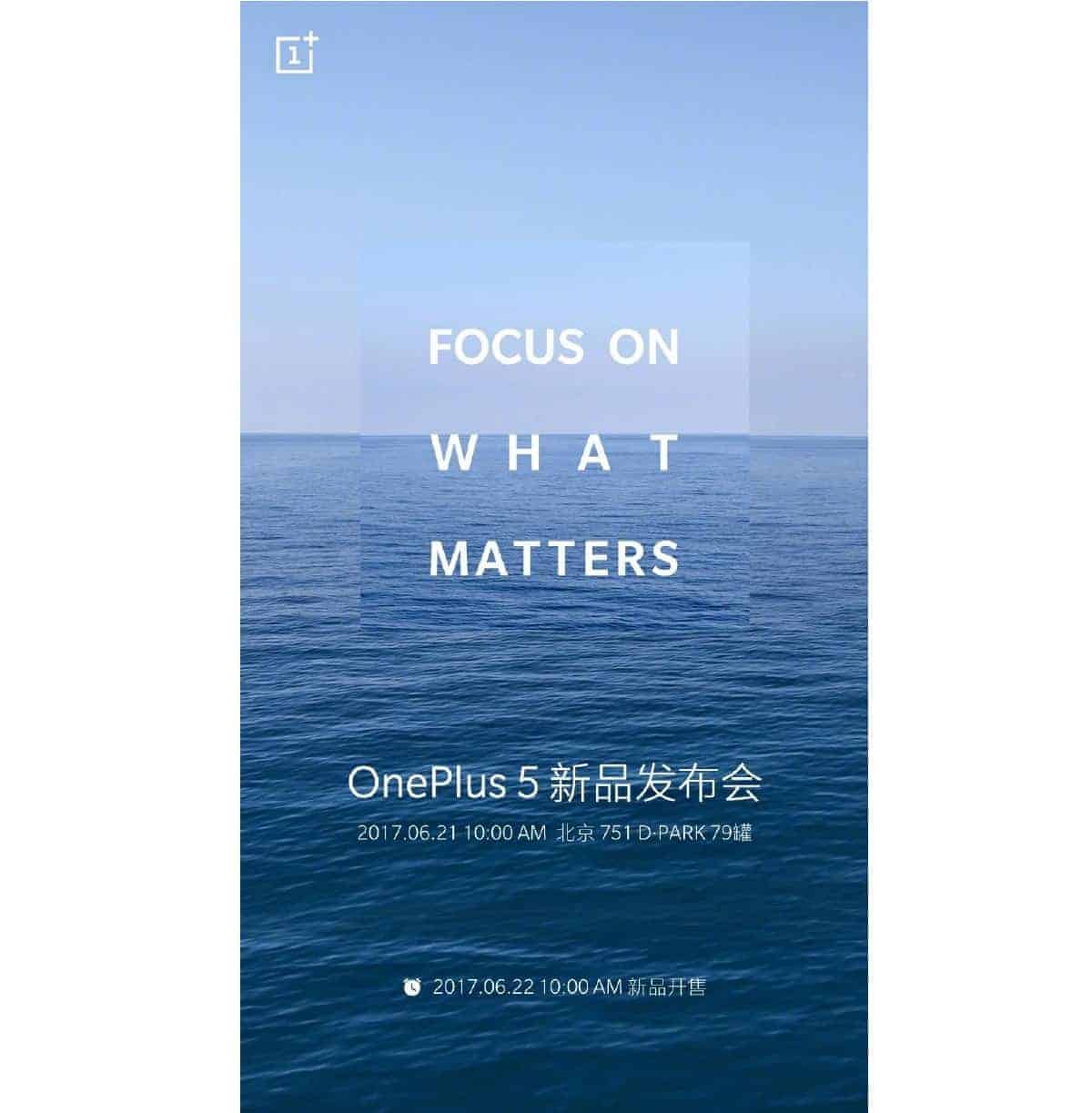 OnePlus is all over the news lately, and the latest info suggests that the OnePlus 5 will go on sale on June 22 in China. Now, the company announced yesterday that the OnePlus 5 will be announced on June 20 (global launch), and earlier today both OnePlus China and OnePlus India released info regarding announcements in those two countries. The OnePlus 5 will be announced in China on June 21, while it will become official in India a day later, on June 22. Having said that, a new piece of info surfaced regarding the phone's launch date in China, which was originally present on the image OnePlus China shared, but considering it was in Chinese, nobody noticed it earlier, read on.

If you take a look at the provided image, you'll get to see June 21 as the announcement date (or a 'pop-up event', as it's often regarded as) for the phone, along with the exact time of the event, the event will start at 10AM (local time in China). Below that date, stands yet another date, and that one says June 22, while the time remains the same, 10AM. Well, according to the provided info, the letters next to the date and time say that the phone will become available for purchase at that time, which means it will go on sale exactly 24 hours after it launches in China. Now, this might be the case with China only, and maybe, just maybe, OnePlus might kick off OnePlus 5 sales on a global scale on June 22. That would not be that surprising, however, as the OnePlus 3 became available on the same day OnePlus announced it, so it's even possible that the global unit might go on sale on June 20 or June 21, who knows. One thing is for sure, Chinese consumers will be able to get it only a day after it gets announced.

OnePlus had already confirmed that the OnePlus 5 will sport a fullHD (1920 x 1080) display, and that it will ship with the Snapdragon 835 64-bit octa-core SoC. The company also, indirectly, confirmed that a dual camera setup will be placed on the back of the OnePlus 5, and that a front-facing fingerprint scanner will be present. The OnePlus 5 is expected to sport a 5.5-inch fullHD AMOLED display, while it will also pack in 6GB or 8GB of RAM. Android 7.1.1 Nougat will come pre-installed on the device, and the company's OxygenOS will be included on top of it.