We have seen several leaks regarding the OnePlus 5’s release date, mentioning June 15 and June 20 as possible release dates, well, it seems like the June 20 leak was completely fake. If you take a look at the provided image down below, you will get to see OnePlus’ official confirmation for OnePlus 2’s announcement date, and it’s identical to the one that leaked for the OnePlus 5, which basically means it’s fake. As you can see, that image was posted way back in April 2015.

So, does this mean that the OnePlus 5 will be announced on June 15, as several leaked posters suggested it will? Well, most probably, yes. June 15 is currently the only date that had been mentioned by rumors and leaks, and OnePlus did confirm that the phone will launch ‘this summer’. The device’s wallpapers actually leaked earlier today, and we already have plenty of info when it comes to this handset. The OnePlus 5 is confirmed to ship with a fullHD (1920 x 1080) display, and the Snapdragon 835 64-bit octa-core processor. In addition to that, the company also confirmed that the device will sport a 3.5mm headphone jack, and that it will ship with a front-facing fingerprint scanner. Well, the latter two details were actually hinted at, more than confirmed, but the info was official. The OnePlus 5 will ship with a dual camera setup on the back, and the device will be made out of metal. Its antenna bands will be placed in the upper and lower portions of the phone, at least if the leaked images are to be believed. The OnePlus 5 is also expected to sport the same display size as the OnePlus 3(T), but the phone’s footprint will be smaller, at least according to OnePlus’ recently-shared teaser image.

The OnePlus 5 will probably sport a 5.5-inch fullHD (1920 x 1080) AMOLED display, along with 6GB or 8GB of RAM, while several internal storage variants will be available. Android 7.1.1 Nougat will come pre-installed on the device, along with the company’s OxygenOS skin. The device’s battery will be larger than 3,000mAh, and chances are that the phone will be made out of metal, though it’s possible OnePlus might opt to include some glass in the mix, we’ll see. 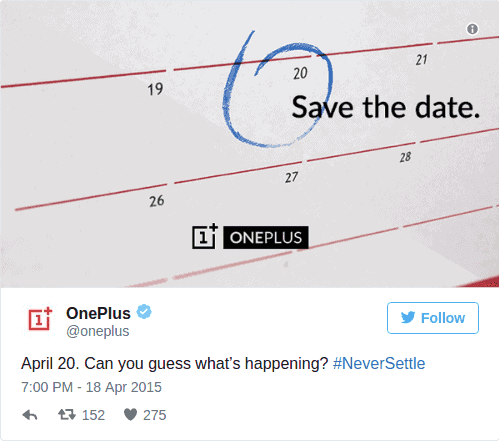