The OnePlus 5 was announced by the company two days ago, and it seems like OnePlus started pushing OnePlus 5 ads to the OnePlus 3 and OnePlus 3T users. This info surfaced on Twitter, a user by the name of VincentJoshuaET shared a screenshot in which you can clearly see the ‘Hello OnePlus 5’ ad from the company which arrived via push to his smartphone, it is not clear if he’s using the OnePlus 3 or the OnePlus 3T, though.

Now, some of you might recall that OnePlus updated OxygenOS recently, and one of the added features was the ability to receive push notifications directly from the company, and advertising the OnePlus 5 might have something to do with this new feature OnePlus decided to roll out. Don’t get alarmed though, chances are you’ll get this ad once, and that’s it, at least that’s what is to be expected, it would be unwise of OnePlus to continue spamming people who are not interested in upgrading. Now, once you receive this ad, you can, of course, click on it, and that will take you to the phone’s listing on the company’s official website, where you’ll be able to find out more about the device. It is worth noting that the OnePlus 5 is currently available for purchase only for those of you who have a code which OnePlus shared during the press conference, everyone else will be able to get the phone on June 27. If you have this code, all you have to do is select the ‘Early Drop’ option on the company’s website, type it in, and you’ll be able to order the OnePlus 5. Now, it is possible that the OnePlus 3 and OnePlus 3T users will be able to get the phone as well by clicking the aforementioned ad that is coming their way, but we cannot confirm that at the moment.

The OnePlus 5 is a smartphone which sports a 5.5-inch fullHD (1920 x 1080) Optic AMOLED panel, and the device is made out of anodized aluminum. Qualcomm’s Snapdragon 834 64-bit octa-core processor fuels this handset, and a 3,300mAh battery lies on the inside of the device. There are two cameras included on the back of the OnePlus 5, and the phone arrives in both 6GB RAM (+64GB of native storage) and 8GB RAM (+128GB of storage) variants. If you’d like to know more about the phone’s specs, feel free to check out our specs article. 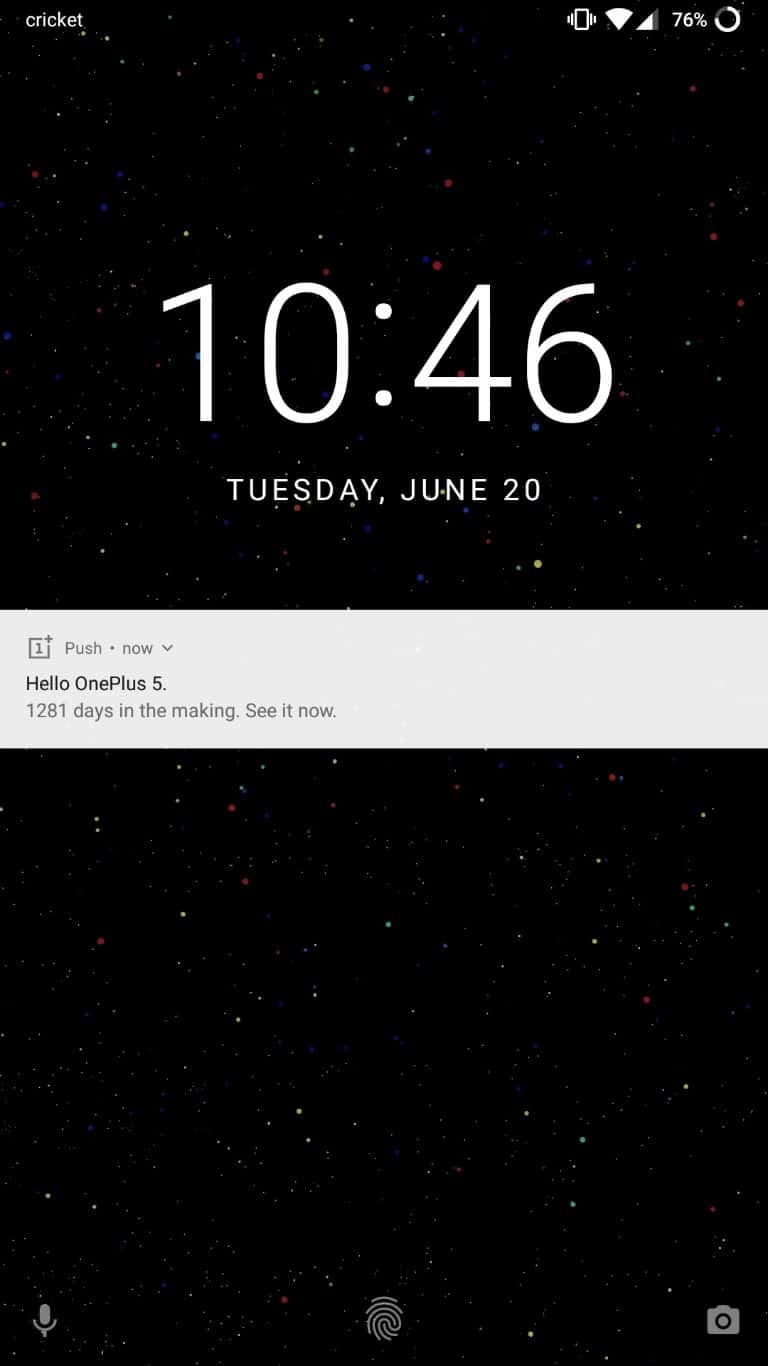