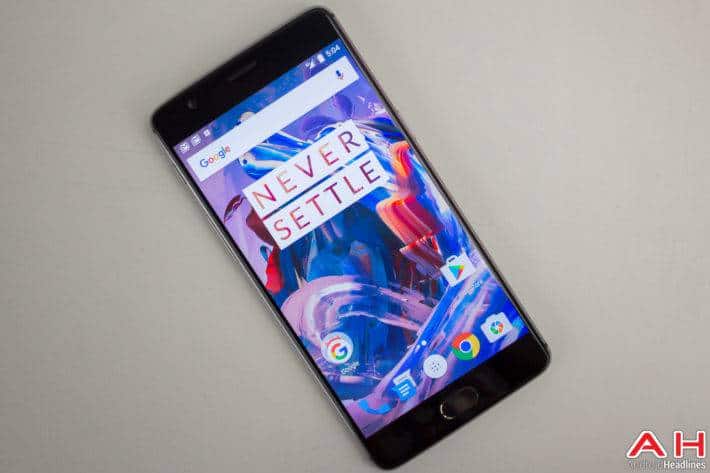 OnePlus is launching a new OxygenOS software update for the OnePlus 3 and OnePlus 3T, bringing along bug fixes, optimizations, and a couple of new features. The latest OxygenOS 4.1.5 update is based on Android 7.1.1 Nougat and as expected, it's distributed over-the-air (OTA) to a small percentage of users starting today. The update will continue to expand to a wider user base in the coming days and eventually catch up with all OnePlus 3 and OnePlus 3T units around the world.

OxygenOS 4.1.5 introduces some bug fixes that should do away with connection issues on Android Auto and a problem related to using VoLTE on certain Jio Reliance-issued SIM cards. Additionally, the changelog mentions fixes for storage problems related to third-party file managers, and details various areas that should be further optimized by the latest update. These include optimizations to the proximity sensor and camera's low-light focus, battery, as well as connectivity including Wi-Fi, Bluetooth, and GPS. The list of updated features mentions a modified Wi-Fi "No internet" indication icon, updated network settings for select carriers, a revised version of the OnePlus Community app (v1.8), and the addition of Google's Android security patch launched on May 1. OxygenOS 4.1.5 also promises enhanced system stability and introduces system push notifications capable of distributing important information from OnePlus. The latest software update is currently available on both the OnePlus 3 and OnePlus 3T, and owners can either wait for the OTA update notification to arrive or try and trigger the upgrade manually from the phone's settings menu.

The OnePlus 3 and OnePlus 3T have both been launched in 2016 and share quite a few similarities, including a 5.5-inch AMOLED display with a resolution of 1920 by 1080 pixels, 6GB of RAM, a 16-megapixel main camera with an f/2.0 aperture, optical image stabilization (OIS), and phase detection autofocus (PDAF), as well as a fingerprint recognition sensor embedded in their front-facing home button. However, as an updated model launched four months after the OnePlus 3, the OnePlus 3T sports a 16-megapixel front-facing sensor as opposed to an 8-megapixel unit; it can be acquired with 128GB of onboard storage, and is backed by a slightly larger 3,400mAh battery compared to the 3,000mAh unit powering the OnePlus 3.