A device bearing the model number TA-1004 made by HMD Global Oy has been certified by the Bluetooth Special Interest Group (SIG) in early May, as evidenced by a set of testing documentation published by the standards agency on Friday. The TA-1004 is widely believed to be one variant of the Nokia 9, an upcoming Nokia-branded flagship designed by the Finnish company and manufactured by Foxconn's subsidiary FIH Mobile. This particular model already appeared on Geekbench in late May, with its listing in the database of the mobile benchmarking tool revealing a number of details about the upcoming handset.

The Nokia 9 (TA-1004) is expected to be powered by the Qualcomm Snapdragon 835, a 10nm system-on-chip (SoC) featuring the Adreno 540 GPU and eight cores clocked at 1.9GHz. The device is also said to feature 4GB of RAM and at least 32GB of internal flash memory that will likely be expandable via a microSD card slot. Both this and other suspected models of the Nokia 9 were running Android 7.1.1 Nougat at the time they were tested by various benchmarks, and the actual software builds present on the devices are likely extremely close to the stock Android experience. A number of HMD Global's representatives previously said that all of the upcoming Nokia devices will be running a clean version of Android as the company was unable to come up with a software suite that significantly enhances the overall user experience of Google's operating system and has therefore decided against encumbering Android with additional software that it deems unnecessary. This approach will likely allow the firm to deliver security and other system updates in a timely manner, something that the original equipment manufacturer (OEM) has already promised in the past.

While the TA-1004 seemingly features 4GB of RAM, other variants of the device that were previously spotted online were powered by 6GB and 8GB of RAM, suggesting that HMD Global is planning to release a number of different models across the world. It's currently unclear when the Nokia 9 may be hitting the market but given how the smartphone has now been certified by Bluetooth SIG, its U.S. release might not be far away. Likewise, it seems that the 4GB RAM model will be sold stateside, though it remains to be seen whether more premium variants of the handset will also make their way to the country. 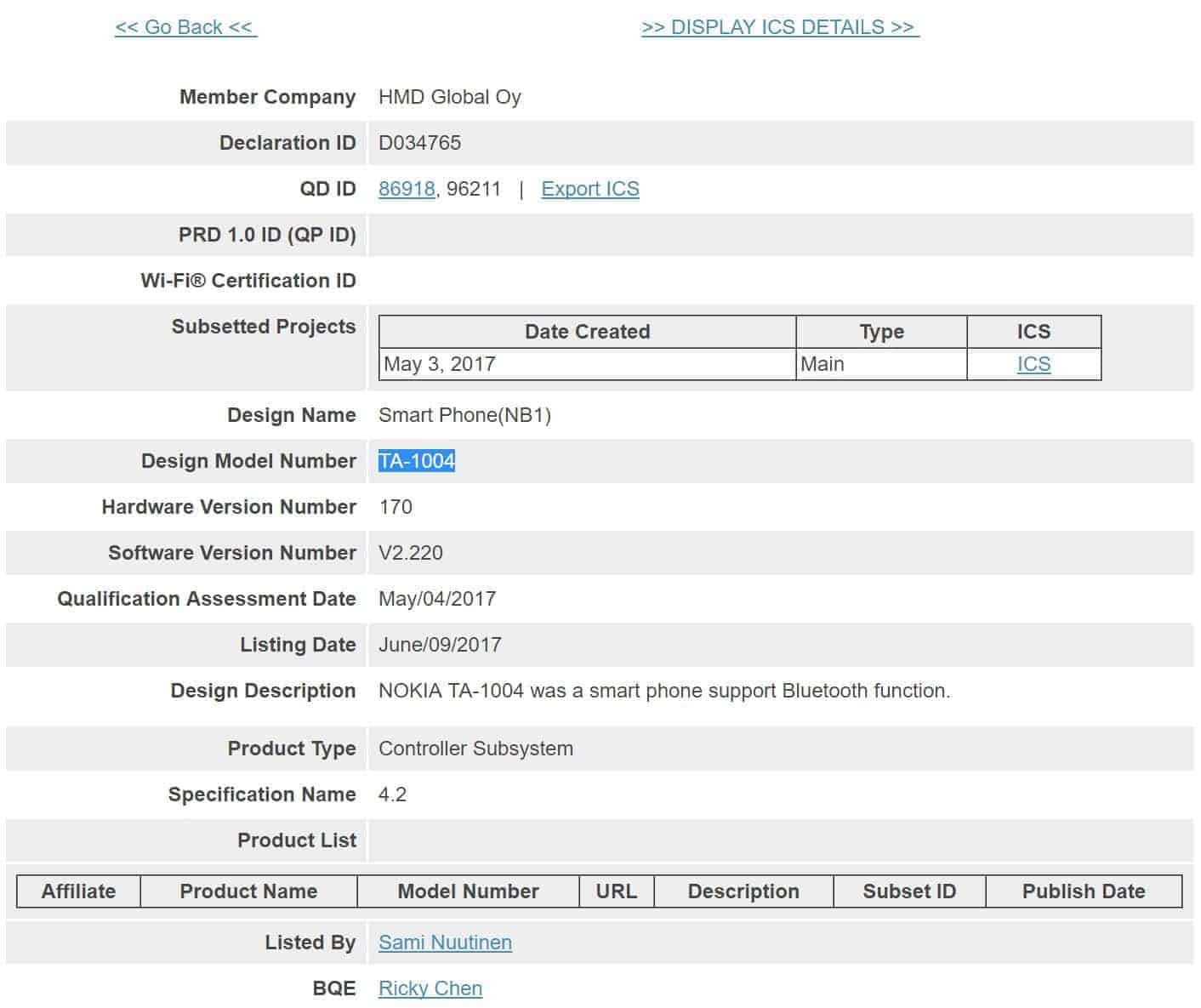