It seems like the Nokia 9 has just popped up on Geekbench, and by doing that, revealed not only its benchmarking results, but also its specifications. A device codenamed ‘HMD Global TA-1052’ surfaced on Geekbench, and considering that this is HMD Global’s device, and that it sports the Snapdragon 835, the Nokia 9 definitely comes to mind. For those of you who do not know this, HMD Global manufactures Nokia-branded smartphones now.

Having said that, this smartphone managed to hit 2,196 points in the single-core benchmark, while it reached 7,413 points in the multi-core test. Aside from the Snapdragon 835 64-bit octa-core SoC which is listed here, this smartphone will also pack in 4GB of RAM, and it will ship with Android 7.1.1 Nougat out of the box. Now, this is not the first time we’ve seen this handset on Geekbench, the phone actually got listed on Geekbench yesterday as well, though that variant of the device came with 6GB of RAM, and the ‘Unknown Heart’ codename, but chances are we’re looking at the same phone here. So, it seems like the Nokia 9 will ship in more than one variant, both 4GB and 6GB RAM variant will be available, and even though we don’t know when exactly will this phone launch, we’ve already seen a ton of listings which are suggesting that Nokia is working on a new flagship smartphone, and that it will be introduced in the coming weeks / months.

Quite a few alleged Nokia 9 renders surfaced in the past, but those renders were so different one compared to the other, that it is possible none of them were legit, and some of them even looked too good to be true. In any case, the Nokia 9 will probably be made out of metal, and it is possible that it will resemble other Android-powered Nokia smartphones that were announced already, but most people are expecting to see thinner bezels on the Nokia 9, that’s for sure. The Nokia 9 is rumored to ship with a 5.5-inch display, though no additional info regarding its panel surfaced thus far. That’s pretty much it, all we can do at this point is sit and wait for more info, considering we don’t really have all that much spec info to go on. 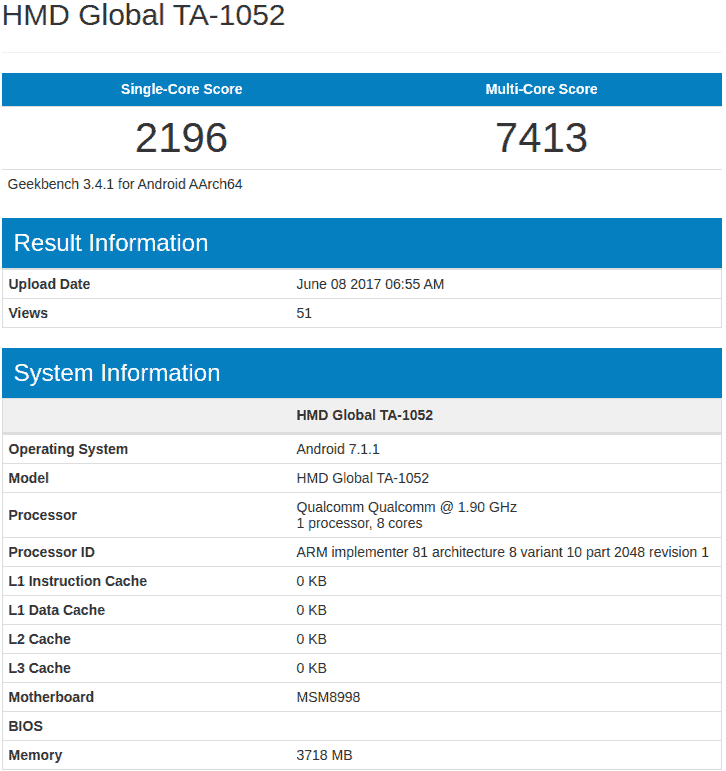