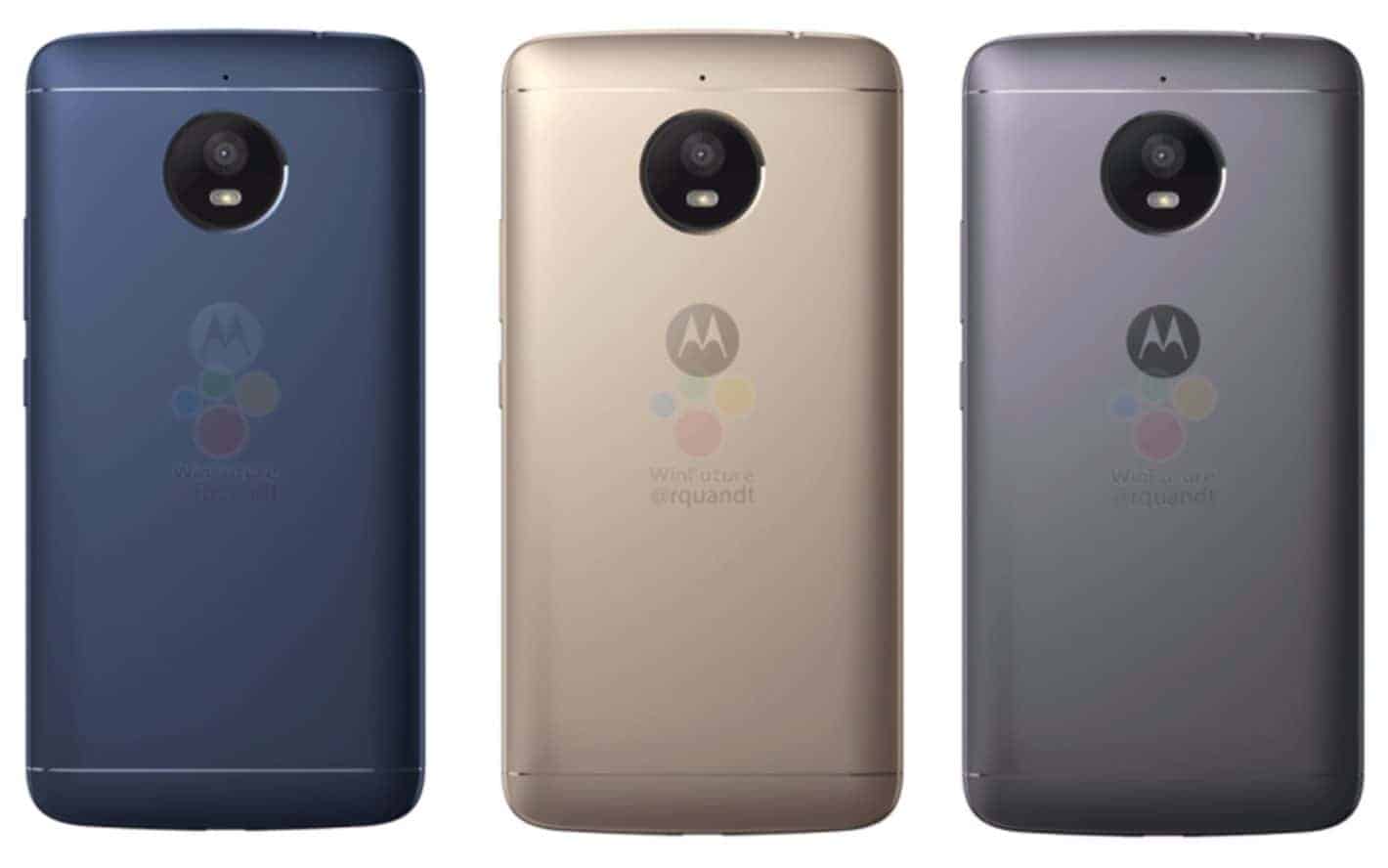 A new set of leaked renders appears to show off Motorola's next budget smartphone, the Moto E4 Plus. A few weeks back, press renders of the device appeared online, depicting the device in gold and a dark blue. Thanks to today's leaks, though, the handset can now be seen in a new gray color from a number of different angles.

Design-wise, the device is similar to its more powerful siblings, the Moto G5 and Moto G5 Plus, with a metal body crafted from aluminum and Motorola's signature camera bump and branding on the back panel. The phone has also been equipped with a rear-mounted fingerprint sensor which matches the oval shape seen on the company's latest handsets. Regarding actual specifications, rumors point towards a large 5.5-inch HD display. On the inside, the device is expected to feature a quad-core MediaTek processor clocked at 1.3GHz which is said to be coupled with 3GB of RAM. Motorola reportedly fitted the device with 32GB of internal storage which is also further expandable via a microSD card slot by at least up to 128GB. The new Moto E4 Plus is said to boast a 13-megapixel rear camera, alongside an LED flash, while the front of the phone is said to feature a 5-megapixel selfie sensor. The device is also thought to sport a 5,000mAh battery, something that may attract a number of potential buyers.

On the software side of things, the Moto E4 Plus is expected to ship with Android 7.1.1 straight out of the box along with Motorola's minimal customizations on top. It's no secret that the company is setting out to fill in every gap in the market, so the Moto E4 Plus is likely meant to be an option between the Moto E4 and Moto G5, the latter of which was launched earlier this year. Nonetheless, it remains to be seen how popular each device ends up being as the company may be at risk of saturating the market with too many options. Regardless, with the recent launch of the Moto C line and the upcoming release of the Moto E4 family, the Lenovo-owned phone maker will certainly cover every price category this year.