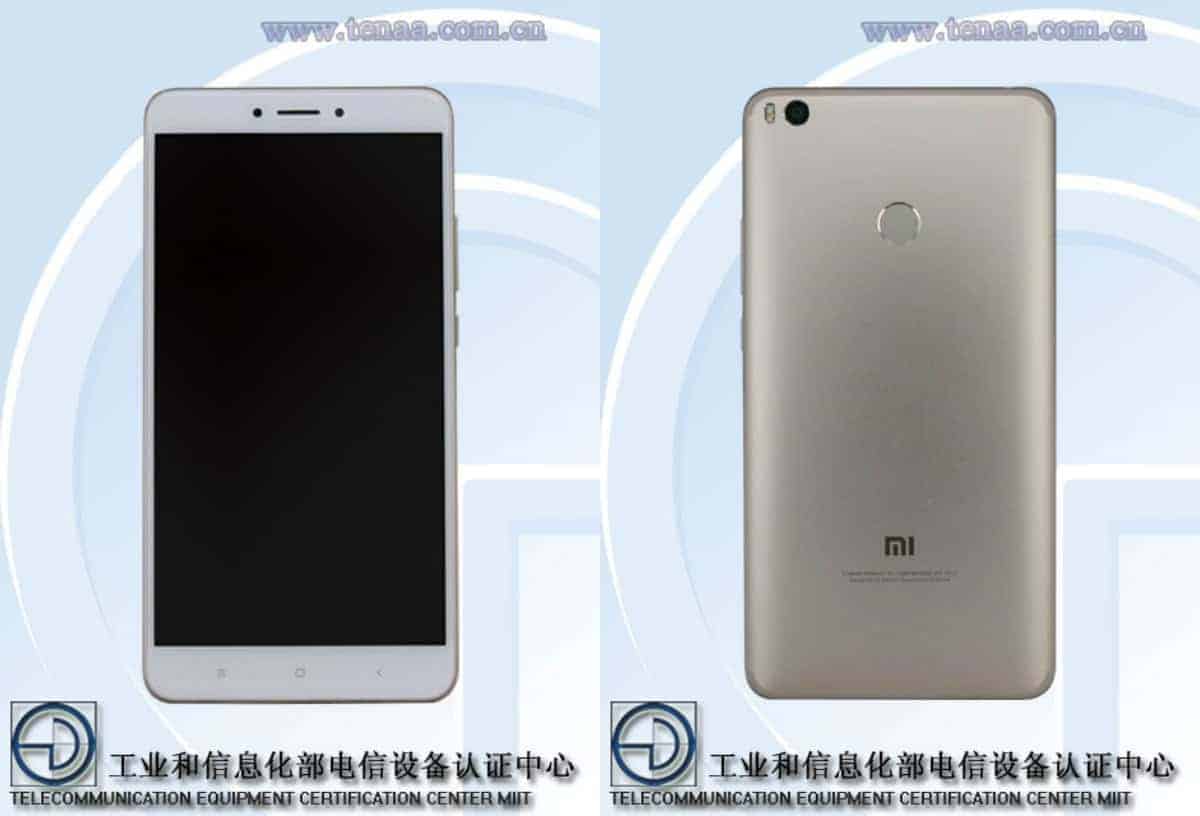 The Xiaomi MDT5 has just surfaced on TENAA, and this seems to be yet another variant of the Xiaomi Mi Max 2. For those of you who do not know, TENAA is China's equivalent to the FCC, so the info that is laid out here is quite probably accurate. The Xiaomi Mi Max 2 was announced last month, and its Matte Black model was launched yesterday by the company. Having said that, the model of the XIaomi Mi Max 2 that just got certified by TENAA is almost identical to the regular Mi Max 2, but it comes with a slightly smaller battery pack, and a larger snapper on its front side, read on.

The Xiaomi Mi Max 2 which was already announced comes in both Gold and Matte Black color variants, while it sports a 5,300mAh battery and a 5-megapixel shooter up front. Well, this new model packs in a 5,200mAh battery unit, and an 8-megapixel front-facing camera. Other than that, there are no differences between devices, at least not that we're able to spot in this TENAA listing. This could be a variant of the Mi Max 2 for one of China's carriers, or something of the sort. In any case, this phablet is made out of metal, and it sports a rear-facing fingerprint scanner. The device comes with a set of three capacitive keys below the display, and all of its hardware keys can be found on the right. The phone sports a 6.44-inch fullHD (1920 x 1080) display, along with 4GB of RAM and 128GB of expandable native storage. Qualcomm's Snapdragon 625 64-bit octa-core processor fuels the Mi Max 2, and Android 7.1.1 Nougat comes out of the box here, with Xiaomi's MIUI 8 OS.

On the back of the Mi Max 2, you'll be able to find a 12-megapixel snapper, along with a dual-LED, dual-tone flash, while its battery, which we've mentioned earlier, is non-removable. This phone will sport two SIM card slots, one nano SIM and one micro SIM, while a set of stereo speakers will also be a part of this new model, and that was the case with the variant of the phone that is already available. This new variant of the phone will probably get announced soon, so stay tuned.