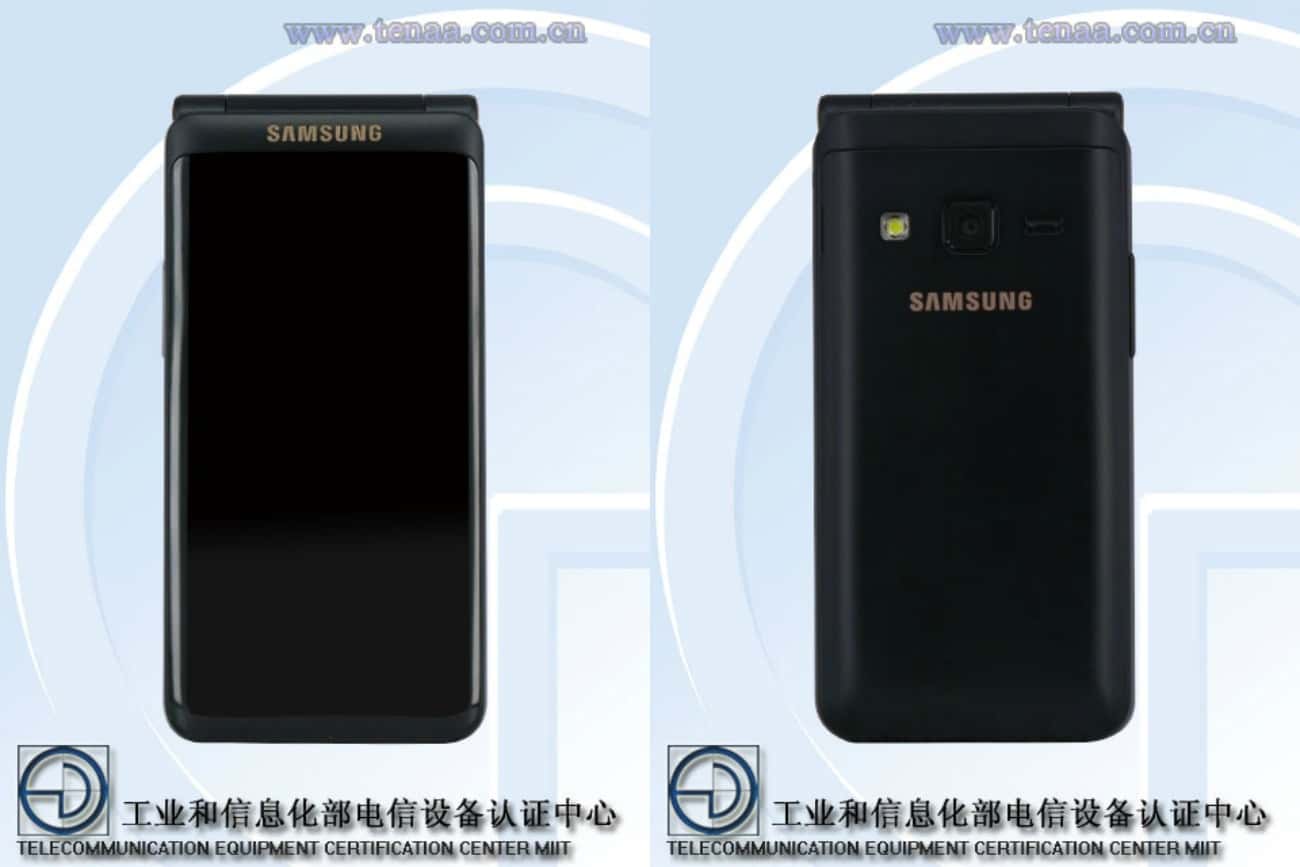 A new Samsung flip phone has been certified by TENAA and it's listed as a TD-LTE compatible device. Since this is a flip phone it would be easy to see this as just a device that offers a basic user experience, but TENAA actually does list it as running on the Android operating system. That said it does not mention which version of Android software Samsung has used for this device. The most logical version though would probably be Android 7.0 Nougat or above, as this device may not launch until sometime in the future at which point Nougat will be even older than it is now.

The device is labeled as the SM-G1650 and features a camera on the back accompanied by an LED flash. There are no specifications details about the phone that have surfaced along with the certification, but judging by the design it's likely that it won't have hardware that's as good or better than the Samsung W2017, a high-end flip phone running on Android that was launched in China last year. Though the camera quality isn't mentioned, the phone does appear to have a dedicated camera button on the side so that could means Samsung has put some focus into giving this device a decent camera for pictures.

Aside from showing up on TENAA the SM-G1650 has also been certified by the Wi-Fi Alliance, though there is no detail there either about what the phone will offer. The Wi-Fi Alliance document does however list Android 6.1 as the OS version. Since there is no Android 6.1 that was ever released, it's possible that the version number that should have been listed there was Nougat, though it's still going to be unclear what version of the Android software this device is using until it's confirmed by Samsung itself. The chances of this phone launching in the US or other Western markets is probably slim, but this style of device is probably going to continue being popular in Asia where Samsung has already launched devices of this form factor that are still smartphones. Right now there is no information a price or launch date of the Samsung SM-G1650. Samsung isn't the only one focusing on flip phones these days, as Verizon recently launched a flip phone last week, though this was just a basic phone and didn't run on Android.