A team based out of the University of Calgary is looking to create a painless replacement for the current blood glucose monitoring devices available on the market. The project, which has been dubbed “e-Mosquito,” has actually been in the works since 2007 and authors of the latest prototype’s accompanying paper include Gang Wang, Michael D. Poscente, and Martin P. Mintchev. As its name might suggest, e-Mosquito is a system that’s been designed to interact with its user in a way similar to how the smaller, less helpful insects do, in addition to working autonomously and being built as a wearable.

In its current form, e-Mosquito is a two-part prototype. The top of the wearable device houses a battery, display, and other components similar to what can be found in any smartwatch and other contemporary wearables available on the market. The bottom features a needle and test strip cartridges that are intended to be disposed of once the test has been run. Microactuators are responsible for moving the needles and strips to “bite” the wearer and test their blood. Interestingly, the device is nearly painless, according to test subjects. A lot of that likely comes down to the fact that the pain can seem worse when it is expected and the e-Mosquito wearable is programmed to take tests automatically throughout the day. The needles it uses are also much smaller than typical blood-glucose measurement systems and the shape memory alloy actuators allow for a much quicker jab. The result is a prick of the needle that feels almost exactly like an unexpected mosquito bite. Perhaps most importantly of all, the paper says that “19 out of 23 actuations” are successful in striking a capillary vessel — which results in blood droplets at the surface level — and the device’s custom glucose-sensing circuit shows “good linear correlation” with the standards used in glucose monitoring. However, the amount of blood drawn is currently too small to get a measurement every time using the currently available collection strips. The paper’s authors are confident that issue can be solved through a custom strip that wraps around the needle itself.

Although E-Mosquito is still in the development phase and this paper represents a working proof of concept, its authors envision a wearable that makes testing far less of a strain on patients in need of regular blood glucose monitoring. Beyond the pain aspect of testing, it can be difficult for people to remember to take a measurement regularly. The e-Mosquito could be a commercially viable alternative to previous methods. Further still, the technology could feasibly be used to test for other problems in the future as technology improves, in addition to the product itself being able to connect to a smartphone and send measurements to that device or a doctor’s office. 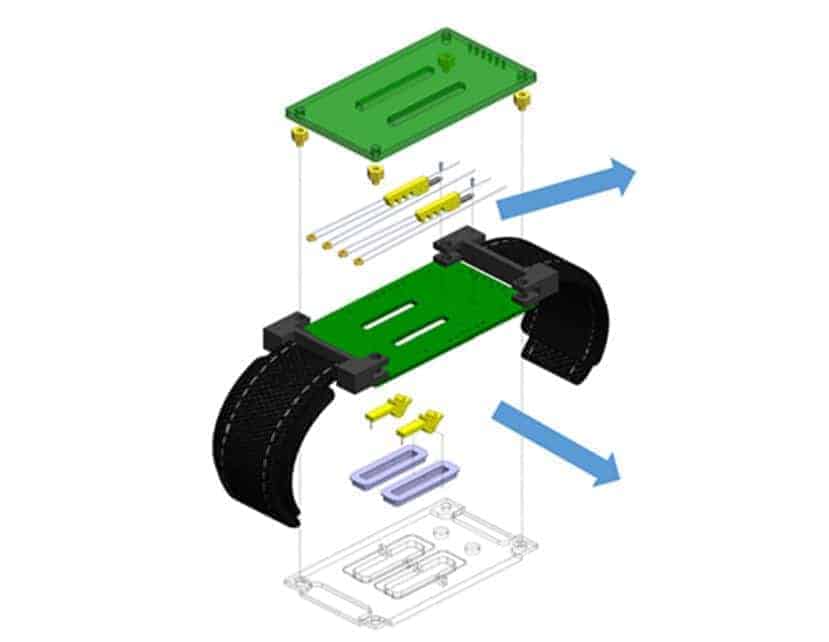