Motorola Mobility’s Moto Z2 flagship appeared in the database of mobile benchmark GFXBench earlier today, with the phone’s listing revealing a number of details regarding its hardware specifications, all of which point to a premium device which is almost certainly meant to compete in the high-end segment of the market. The supposed Moto Z2 tested by GFXBench was equipped with a 5.5-inch display panel with a QHD resolution of 2560 by 1440 pixels, with that pixel count clearly hinting at a screen with a conventional aspect ratio of 16:9. The smartphone was running Android 7.1.1 Nougat at the time of its testing which was likely relatively similar to stock Android as the Lenovo-owned company traditionally opted for a light touch when modifying Google’s operating system in an effort to adapt it to its devices.

The system-on-chip (SoC) powering the newly uncovered Moto Z2 model was made by Qualcomm and features the Adreno 540 GPU, as well as eight cores based on the ARMv8 architecture clocked at a maximum frequency of 2.4GHz, heavily implying that the handset features the Snapdragon 835. According to the same listing, Motorola’s upcoming Android flagship will sport 4GB of RAM and 64GB of internal flash memory which should be expandable by up to 256GB via a microSD card slot, at least if the company’s recently launched devices are any indication. The back panel of the phone will seemingly house a 12-megapixel camera module with autofocus, touch focus, and face detection support which will be accompanied by an LED flash unit, while its top bezel is said to feature a 5-megapixel lens. The model tested by GFXBench earlier today sported only a single SIM tray and had NFC connectivity, though it didn’t support HDR and lacked a heart rate monitor that was previously rumored.

All of the details revealed in the latest leak corroborate previous sightings of the Moto Z2 in databases of other benchmarking tools, though it’s still unclear when is Motorola actually planning to launch the handset. One industry insider recently said that there’s still a chance of the phone being unveiled or at least teased this Friday, so more information on the device may follow shortly. 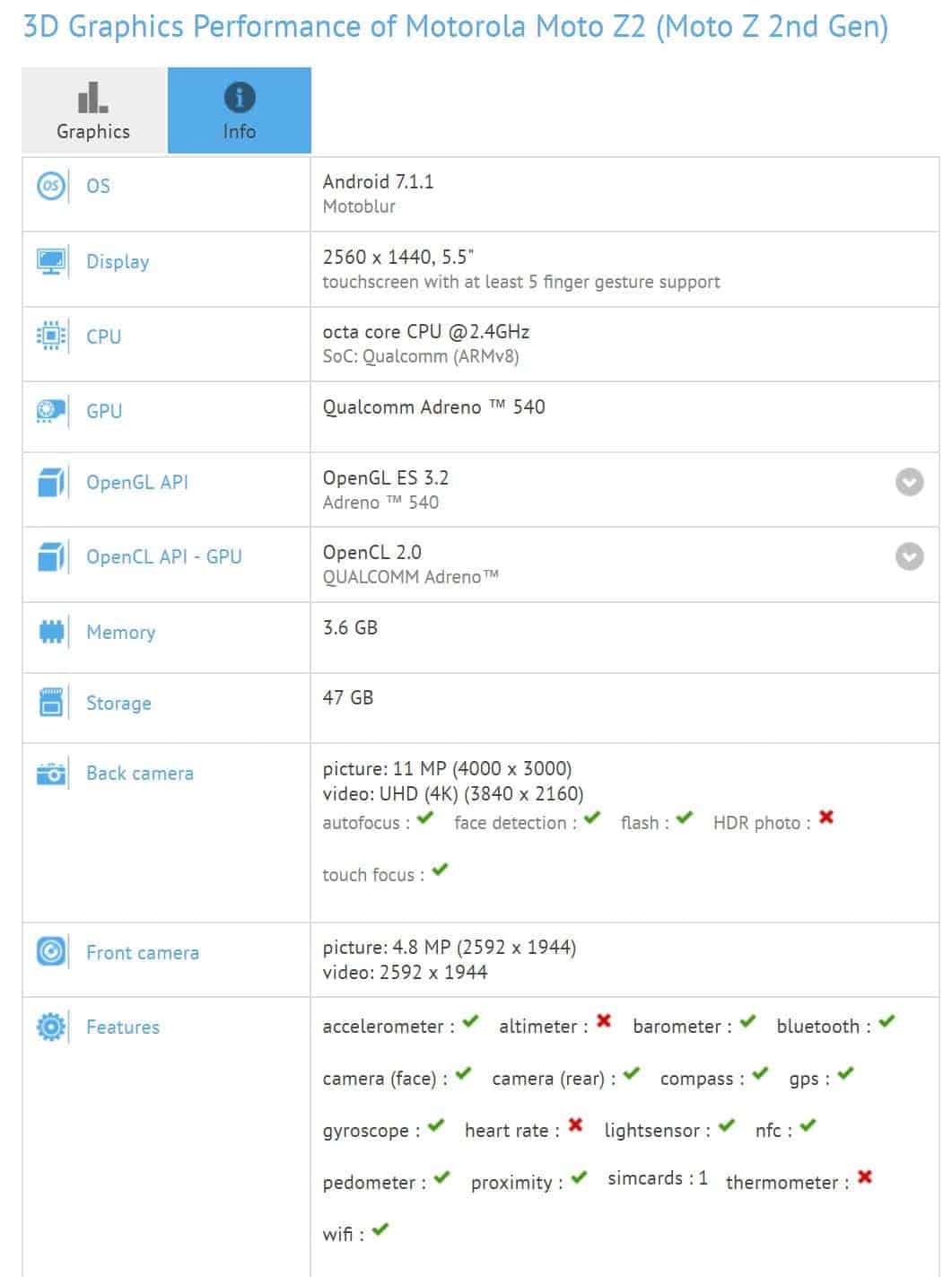