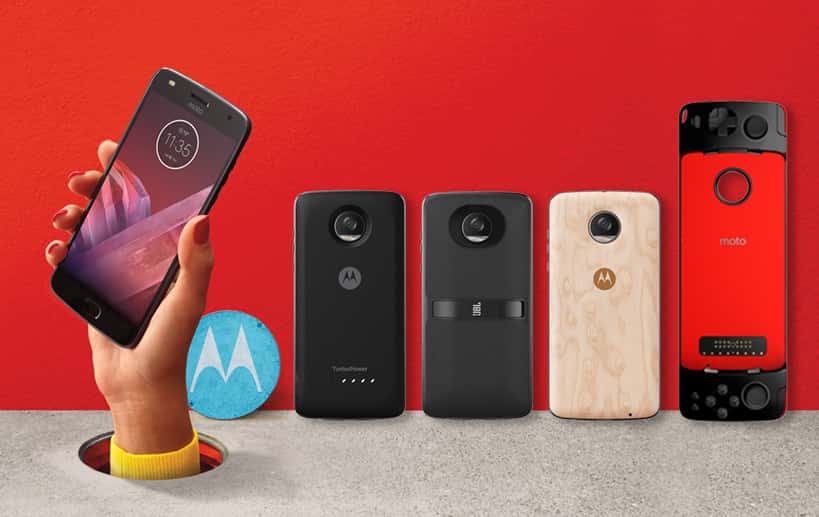 Motorola India has confirmed that its latest model, the Moto Z2 Play, is set to go up for pre-orders in India on June 8. Last year, Motorola released the original Moto Z Play, with the handset receiving much praise due to its value-oriented design and battery life. With the recent announcement of the new Moto Z2 Play, the company is surely looking to recreate the success of last year's model, particularly in markets that are still experiencing strong growth such as India.

Motorola India is offering customers a couple of options in order to purchase the device. The phone maker has yet to confirm the official price of the device in the South Asian country, though consumers are being offered the chance to pay Rs. 2,000 ($31) upfront and pay the rest over ten interest-free monthly installments. Customers will also be given the chance to pay for the device in between three and 12 interest-free monthly payments, the original equipment manufacturer (OEM) said. As an extra incentive to those who pre-order, Motorola will gift them a Moto Armor Pack, which includes protective accessories, most likely a protective case and a screen protector, though the company has yet to confirm specific details regarding the pack.

With a large 5.5-inch display panel, as well as the Snapdragon 626, a 3,000mAh battery, new 12MP sensor, and the option to choose between two version boasting 3GB RAM / 32GB of storage and 4GB RAM / 64GB of internal flash memory, Motorola has created a device that aims to appeal to a wide variety of customers. With the increased marketing surrounding the model in India, Motorola is surely hoping to gradually push its existing customers towards more expensive devices and away from its lower-end models due to the extra profit that the company can make by selling premium handsets. The financing options, as well as the pre-order incentives may prove tempting to many consumers, so the company's plans to push the mid-range model could pay off in the long term. If the company prices the handset in an aggressive manner, the Moto Z2 Play has a solid chance of repeating the success of its predecessor, and more details on its pricing will likely be available later this week.