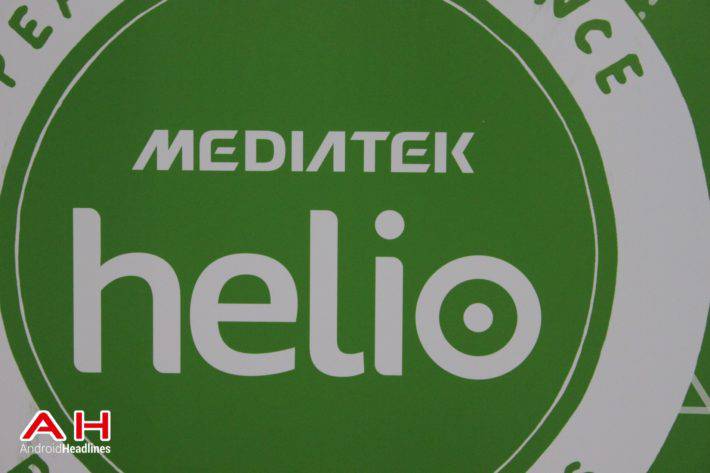 Taiwan-based fabless semiconductor company MediaTek has announced that its upcoming flagship chipset, the Helio X30, will be the first ever SoC to support dual VoLTE connectivity. This means that any device equipped with this chipset could connect to two 4G networks using two SIM cards at the same time. Not only that these devices could now connect to two LTE networks, they could also utilize the said infrastructure to make calls and connect to the internet simultaneously without resorting to slower 2G or 3G networks. This new technology is an improvement over previous dual-SIM implementations where only one SIM card could connect to an LTE network while the other SIM card could only connect to 2G or 3G networks. Device owners may also no longer need to manually choose which SIM card connects to the LTE network through the device’s settings application. As LTE networks become more widespread in countries where dual-SIM handsets are popular, this new feature enabled by the MediaTek’s SoC could become a good selling point for devices sold in those areas.

Speaking of LTE connectivity, MediaTek’s Helio X30 is equipped with a Cat. 10 LTE modem. This modem enables a device to offer maximum download speeds of 450Mbps through carrier aggregation. Aside from VoLTE, the chipset also supports Wi-Fi calling and LTE in unlicensed spectrum (LTE-U). The chipset’s list of connectivity features makes the MediaTek’s flagship offering competitive with similar solutions from Qualcomm and Samsung.

Other key features of the Helio X30 SoC includes its deca-core CPU, which is divided to three clusters with different CPUs and clock speeds. To deliver the best possible performance, the chipset has two ARM Cortex A73 CPUs clocked at 2.5GHz while another cluster containing quad-core ARM Cortex A35 CPUs allow the chipset to sip power when the device is not in use. Meanwhile, another cluster of quad-core ARM Cortex A53 CPUs should enable the chipset to balance performance and battery consumption. For the device’s graphics processing needs, Mediatek turned to Imagination Technologies and used the latter’s PowerVR 7XTP-MT4 as the chipset’s GPU. The chipset also supports dual-camera setups, 4K screens, 8GB of LPDDR4X RAM, and H.265 encoding and decoding. The chipset is built on 10nm process node, which should result in improved power-efficiency. 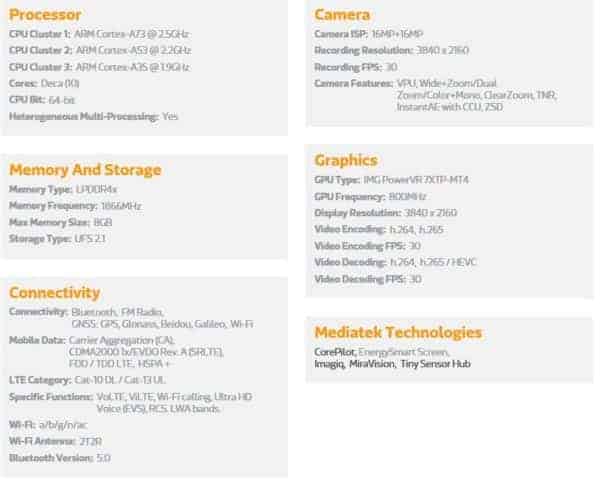