Two new LG smartphones carrying the model numbers LG-M700V and LG-M700N were spotted in the database of U.S. certification agency Federal Communications Commission (FCC). The models are likely two different variants of the same smartphone that the company is planning to launch at some point in the future. It is expected that these two devices will be released very soon since they now have visited the FCC, though their listings don’t reveal many details about the products themselves.

One thing which can be confirmed from the FCC certification is that both the devices are going to support the 2.4GHz and 5.0GHz bands on Wi-Fi. This means that these two handsets could be part of the company’s mid-range family of devices if not the high-end flagships since having a 5GHz Wi-Fi band on a budget smartphone is not something that LG is known for doing. Another piece of information which is known about the smartphones is that they both are running on Android Nougat and support standard LTE bands for cellular connectivity. Hence a major takeaway from this FCC listing is that LG could soon launch a high-end or a mid-range smartphone running on Android Nougat.

It is also worth noting that two other smartphones from LG which carry the model number LG-M700H and LG-M700F were also spotted at the FCC recently. The LG-M700H was listed two weeks ago, while the LG-M700F appeared in the FCC’s database only a few days back. Both of them also show a fair bit of similarity in terms of model numbers as well as the info that was revealed by the federal agency. The four models could be launched as different carrier units, with LG presumably working with all major mobile service providers in the country to distribute its upcoming Android Nougat-powered smartphone. However, it is also possible that numerous model numbers denote different storage configurations, though all variants are likely to sport a microSD card slot that the South Korean consumer electronics manufacturer rarely excludes from its devices. More details on the LG-M700 series and the company’s other hardware endeavors are expected to follow shortly. 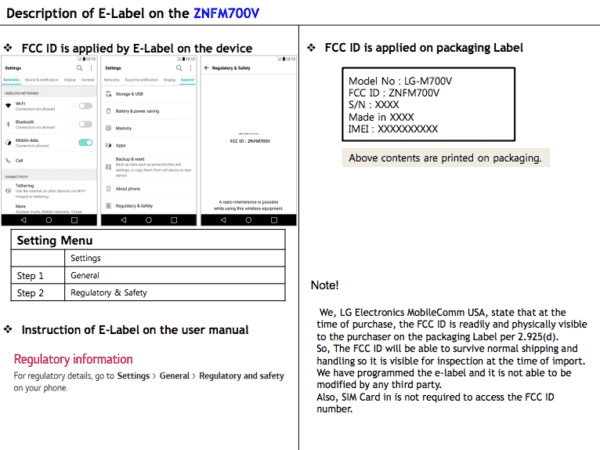