A mysterious new device bearing LG’s branding has popped up on the FCC as of June 13, bearing the model number LG-M700H. Unfortunately, aside from one or two minor details, there really isn’t much that can be gleaned from the listing – filed under ZNFM700H – as of this writing. However, those few details could pave the way for plenty of speculation as to what the device is or what price bracket it likely falls into. That said, any speculation is likely just that.

First and foremost, the Bluetooth testing results for ZNFM700H shows that, whatever the device turns out to be, it has support for a range of connectivity types. Of course, support for Wi-Fi 802.11 b/g/n is a given with a modern smart device, but the M700H is also listed as “GSM/WCDMA/LTE phone.” That means it could easily be supported by the vast majority of the major carriers in the United States. The same results also hint at Low Energy Mode Bluetooth 4.2 – which is the latest standard in Bluetooth connectivity, allowing for higher capacity transfers at a higher rate. Beyond those rather sparse details, an image – which has been included below – was included showing the location of the E-Label for the device. That said, it is as likely that generic LG stock images were used as device-specific images since the purpose of the label documentation is simply to inform the FCC about label placement and document it for FCC records.

LG has already revealed and released its 2017 flagship device, the LG G6, into the wild. There is nothing to indicate that this listing has anything to do with the rumored V30 or G7, either, since those would be revealed before they hit the FCC. So, it is very unlikely that this device is meant to compete at that high-end level. However, with so few details revealed so far, it is difficult to say anything at all with certainty beyond that. As often happens, there are usually rumors for both high-end devices and many mid-rangers in advance of their arrival at the FCC. With that said, and bearing in mind that this is speculative at the very best, LG’s M700H could very easily be a smartphone intended for the budget end of the spectrum, especially with consideration for a complete lack of leaks of anything incoming. Moreover, budget devices make up the vast majority of Android smartphones out there, so that wouldn’t be surprising. 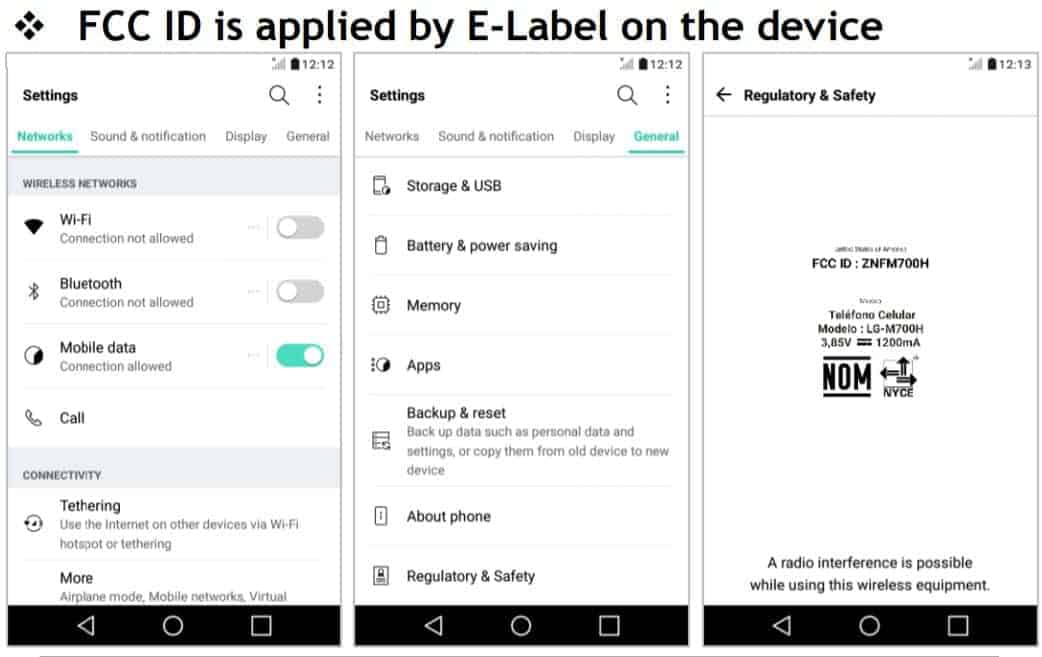