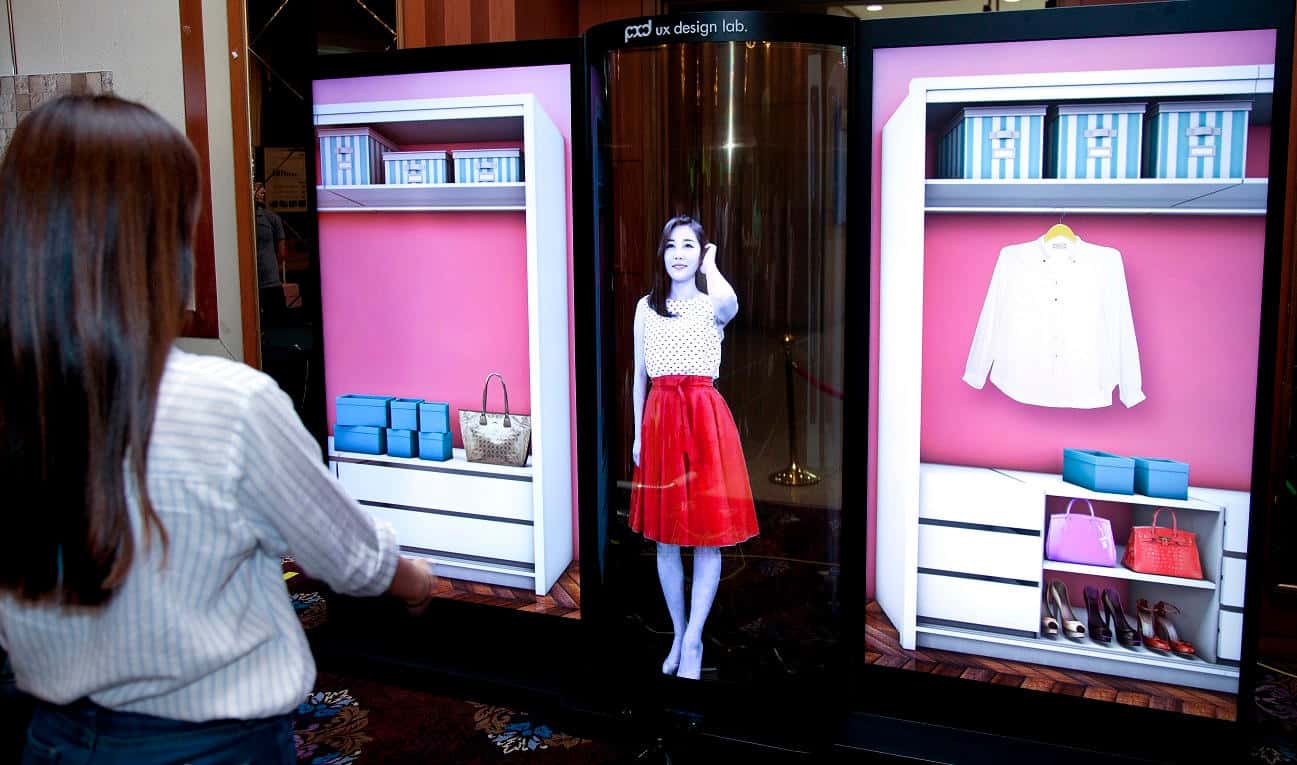 LG Display is pushing the envelope with its transparent and flexible OLED research, this time trotting out a 77-inch panel that can be bent into a cylinder and has transparency roughly equivalent to a tinted windshield. Specifically, the UHD display is 40-percent transparent and can curve as tightly as an 80mm roll. While this doesn’t exactly equate to being able to roll up your big-screen TV like a scroll just yet, the new display is quite practical for street signage and other applications where a slight curve to accommodate a structure or housing for the display would be handy.

LG Display has been working on flexible and transparent OLED panels for some time now, hoping to beat rival Samsung Display. The two have been racing to get their displays more flexible, transparent, power-efficient, and higher-quality, and LG Display has been working with the government of South Korea who deems the fledgling technology useful to the public and well-worth supporting. This latest development is one of the fruits of that union, along with a similar 55-inch display unveiled in 2016, and an 18-inch version with up to 30 degrees of curvature from back in 2014. The technology has also been finding its way into the mobile space, though not in any grand fashion; somewhat flexible devices like the LG G Flex and its sequel have used the tech in the past to lend their designs a subtle curve and continue working even when a consumer accidentally bends the device.

LG Display recently committed to investing more resources into boosting its flexible OLED production operations. The firm’s efforts include speeding up the building of a large OLED factory, though the South Korean display giant is not alone in its efforts; Samsung Display is also doubling down on OLED production and is close to finishing the construction of the world’s largest OLED display factory. Though Samsung may have fallen somewhat out of favor with the local government in light of a corruption scandal that ended up implicating a top executive and playing a role in the impeachment of the country’s then-president, LG Display and Samsung Display are still locked in a fierce competition to get their technologies to a viable level for mass production, new applications, and consumer use as soon as possible.