A Lenovo-made device bearing the model number XT1902-3 appeared in the database of Primate Labs’ mobile benchmarking tool Geekbench earlier this month, with its listing revealing a number of specs that indicate the company is working on another Android smartphone that’s meant to compete in the upper mid-range segment of the market. According to the benchmarking results that can be seen beneath this writing, the Lenovo XT1902-3 is powered by a deca-core system-on-chip (SoC) clocked at a maximum frequency of 1.85GHz and with the piece of silicon being identified as the MT6797, it seems that the handset features the MediaTek Helio X20.

Other key features of the device include 4GB of RAM and Android 7.1.1 Nougat, with the Lenovo XT1902-3 scoring 1,163 points in Geekbench’s single-core test and being awarded a score of 4,836 points in the multi-core one, suggesting that the handset has a performance comparable to those of mid-range Android smartphones. The first uncovered specs of the device indicate that it might be the successor to the Moto M, a phone that Lenovo’s Motorola launched last November. The Moto M sports a 5.5-inch display panel with a resolution of 1920 by 1080 pixels and its Indian variant is powered by the MediaTek Helio P15 SoC, while other models sport the Helio P10. The device also shipped with 3GB / 4GB of RAM and 32GB / 64GB of internal flash memory that’s expandable via a microSD card slot and also doubles as a SIM tray in the standard Hybrid SIM setup utilized by the Moto M. While released in a number of markets, the handset was primarily aimed at India where it started at 13,999 rupees, which translates to approximately $217. Provided that the Lenovo XT1902-3 truly is the Moto M2, the upcoming product may ship with a similar price tag.

Lenovo has yet to detail the device in any official capacity and while the company recently stated that it’s adamant to continue pursuing a dual-brand strategy with Lenovo and Moto-branded phones, this particular handset is likely going to be a part of Motorola Mobility’s product family, at least according to its model number. More details on the XT1902-3 may be available in the coming months. 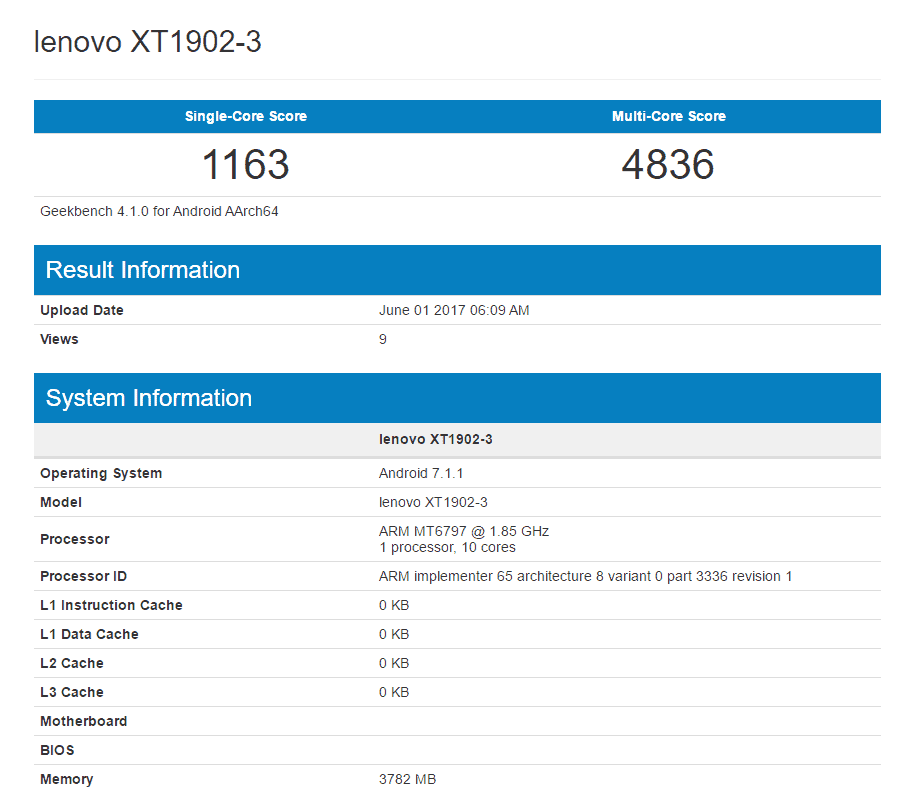