LeEco shut down a third-party service center in Shanghai, China, local media reported on Thursday. According to the notice posted at the entrance of the now non-operational facility that can be seen beneath this writing, the center was officially closed late last week as part of the company’s efforts to make operational adjustments. It’s currently unclear whether all of its employees have been laid off or if the actual owner of the center reassigned them to another facility, but the center itself no longer accepts devices for repairs. The latest turn of events is yet another consequence of LeEco’s recent financial troubles and is presumed to be related to a recent lawsuit that the tech giant has been hit with in its home country, with advertising agency Jinyuan Technology claiming that the Beijing-based consumer electronics manufacturer owes it more than 60 million yuan in marketing fees, which translates to approximately $8.8 million.

LeEco’s dispute with Jinyuan Technology was already ruled upon by the People’s Court of Chaoyang District in Beijing, with the competent judicial body ordering an immediate payment of overdue fees. LeEco may have been forced to make additional cuts and liquidate more assets in an effort to comply with the court’s order. The company already cut the majority of its workforce in the United States, in addition to opting for even more significant layoffs in its home country. A representative of another customer service center licensed to repair LeEco phones recently refused a device that they said cannot be fixed because LeEco didn’t provide the company with spare parts, recent reports indicate, painting an even grimmer picture of the tech giant’s current financial state.

LeEco’s present troubles largely stem from the company’s aggressive expansion strategy that saw it make significant investments in a broad range of emerging technologies in recent years, none of which are yet close to paying off. The issues put many of the firm’s operations to a halt and endangered a number of other entities reliant on its funding, including U.S. electric vehicle startup Faraday Future. An update on the situation is expected to follow in the coming months. 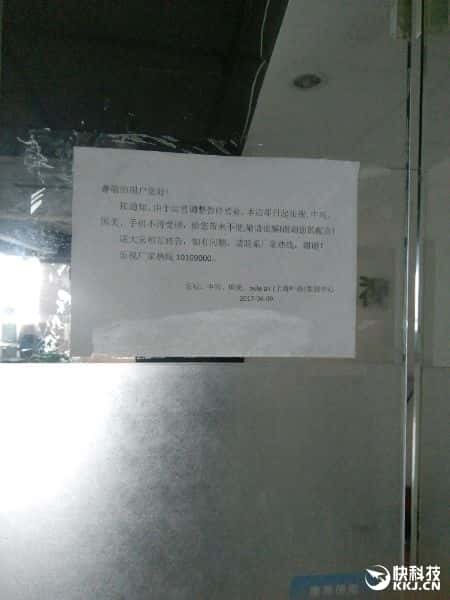